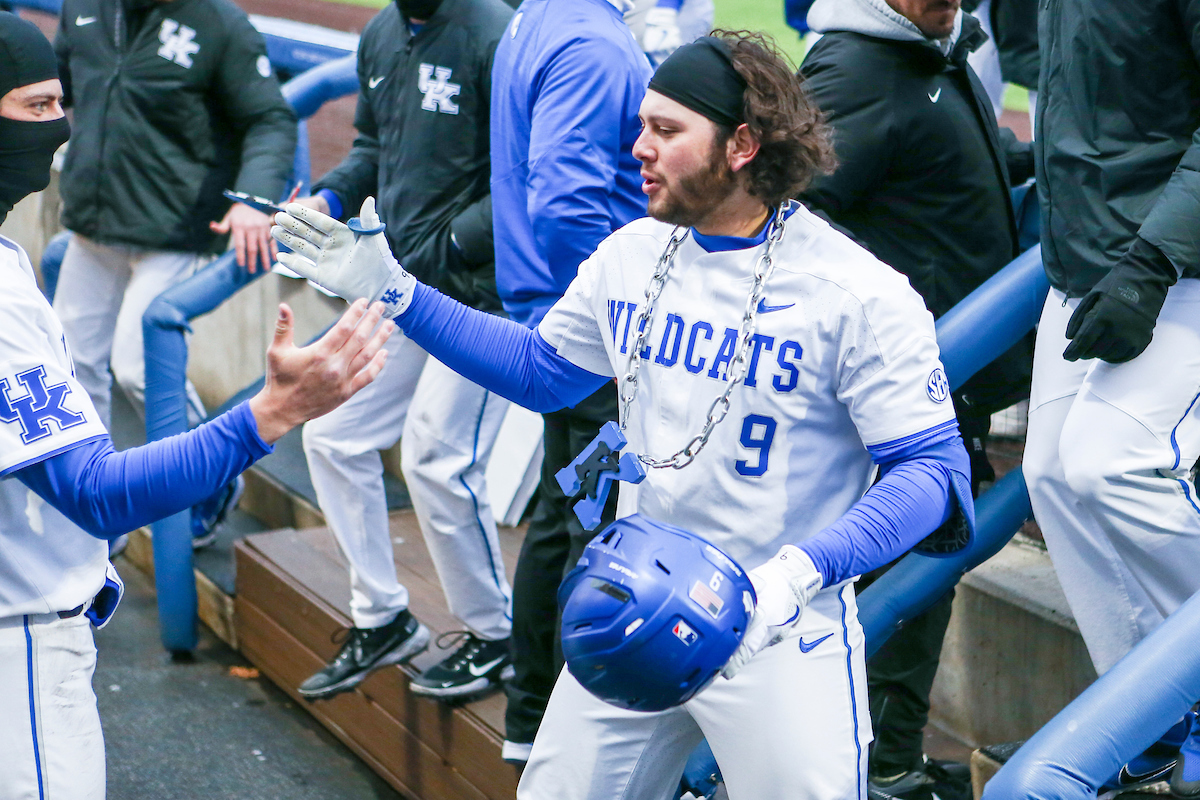 Alonzo Rubalcaba smashed his first home run as a Wildcat and Ryan Ritter and Chase Estep each had multiple RBI in the blowout victory. Rubalcaba deposited his first UK home run then pointed toward the UK dugout as his teammates went wild.

Ritter, a preseason Third-Team All-American, stole three bases, laced an RBI double, drew a pair of walks and scored twice, while the Cats (5-0) rapped out nine extra-base hits and scored all 14 runs in the first five innings before substituting liberally.


ON DECK
Kentucky hosts Western Michigan on Saturday. First pitch is scheduled for 1 p.m. ET. The game will be aired on SECN+. The radio call will be on the UK Sports Network (98.5 FM).