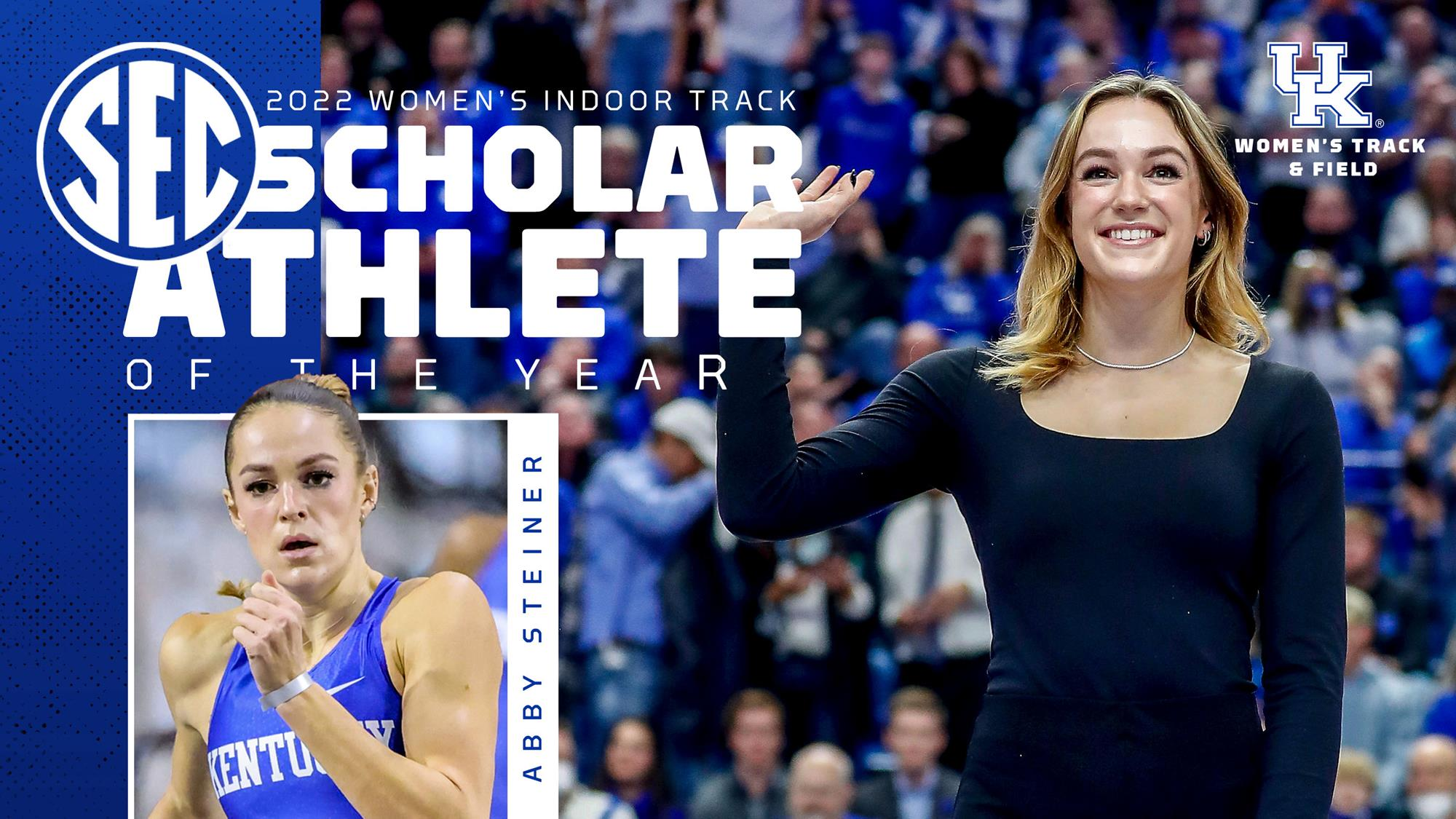 LEXINGTON, Ky. — Kentucky women’s track and field senior sprinter Abby Steiner has been named the Southeastern Conference Women’s Indoor Track & Field Scholar-Athlete of the Year by a vote of the league head coaches.

This award is given to the student-athlete who has found the most success both in the classroom and on the track.

Steiner earned this award through excellence in the classroom and a historic season on the track for Kentucky. On February 12 in Clemson, South Carolina, Steiner broke the 200m collegiate record with a run of 22.37. She shared the previous collegiate record (22.38) with Gabby Thomas which Steiner earned while winning her first national title at 2021 indoor NCAA Championships.

The senior from Ohio has also found success in the classroom with a GPA of 3.845 as a Kinesiology major with a psychology minor. In 2021, she was named a CoSIDA Second-Team Academic All-American, CoSIDA Academic All-District and to the SEC Spring Honor Roll.

Steiner broke the collegiate record in the 300m in December in Louisville, Kentucky with a run of 35.80.

At the Tiger Paw Invitational, Steiner tied the 60m school record of 7.12 which she now shares with Dezerea Bryant. This time is also tied for the fastest in the NCAA this season.

She was also a member of the school record 4x400m relay at Clemson in February, where Dajour Miles, Steiner, Karimah Davis and Alexis Holmes won the race with a time of 3:27.27. It’s the current world-leading time in the event and the fourth fastest 4x400m relay in collegiate history.

Steiner has earned weekly honors multiple times this indoor season, including United States Track & Field and Cross Country Coaches Association Athlete of the Week in December after she broke the 300m collegiate record. She won the same award again in February after her 200m collegiate record.

Steiner also won the SEC Women’s Runner of the Week for the fourth time in her collegiate career and second time this season after her Tiger Paw Invitational performances.
The All-American also is on The Bowerman Preseason Watch List, awarded by the USTFCCCA.