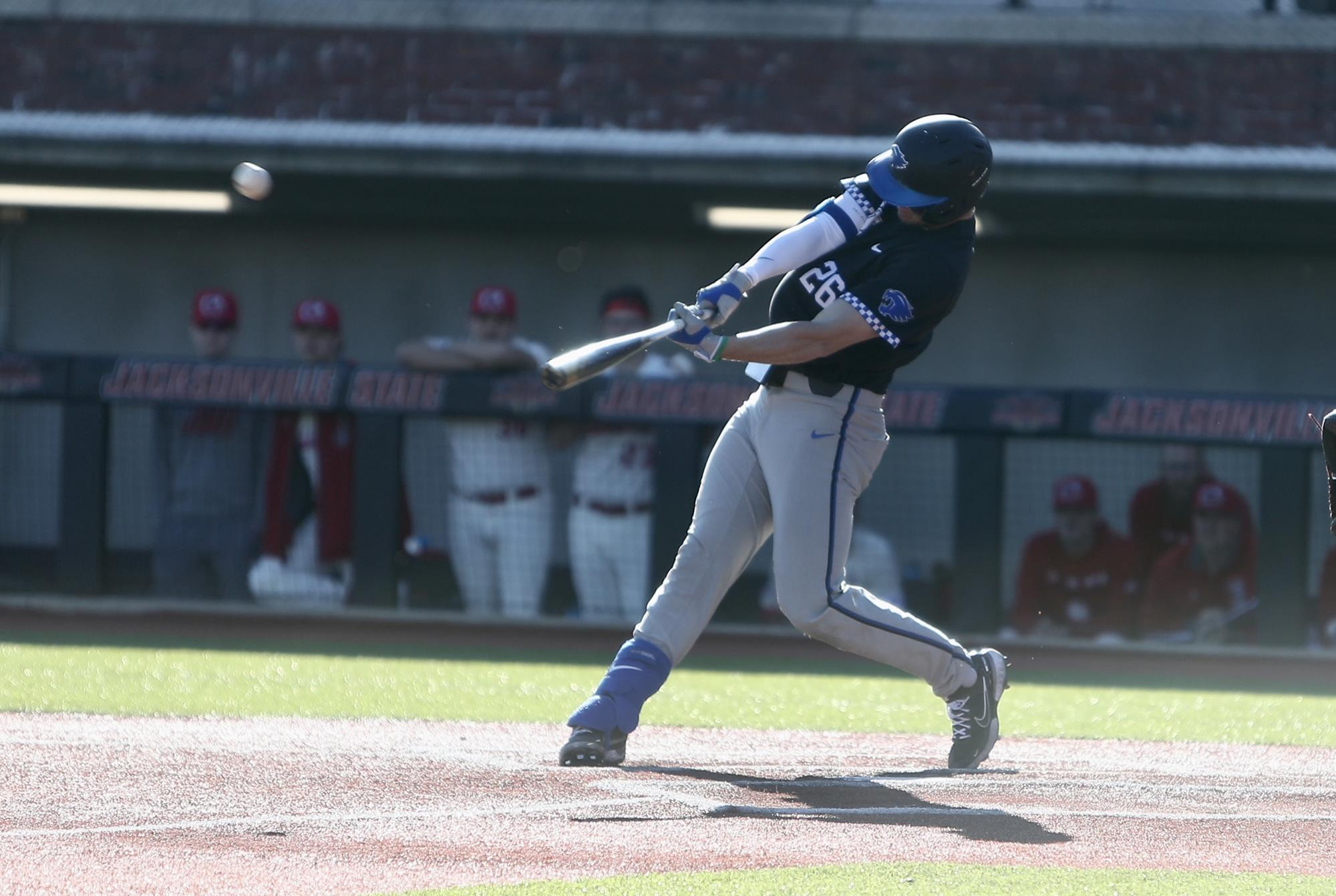 JACKSONVILLE, Ala. – Jacob Plastiak had three hits, including a massive home run to centerfield, as Kentucky won 15-1 on Sunday, sweeping all three games of its season-opening series.

Jacksonville State starter Camden Lovrich held the Cats mostly in check through five innings, aided by a pair of double plays but Adam Fogel’s sacrifice fly provided the Cats’ run. But the Cats exploded against the bullpen, scoring 12 runs over the final two innings.

Kentucky returns to Kentucky Proud Park on Tuesday for its home opener against Southeast Missouri. The Redhawks won their series at No. 22 Dallas Baptist over the weekend.

ON DECK
Kentucky opens its 2022 home schedule on Sunday afternoon against Southeast Missouri. First pitch is scheduled for 4 p.m. ET. The game will be aired on SECN+. The radio call will be on the UK Sports Network.