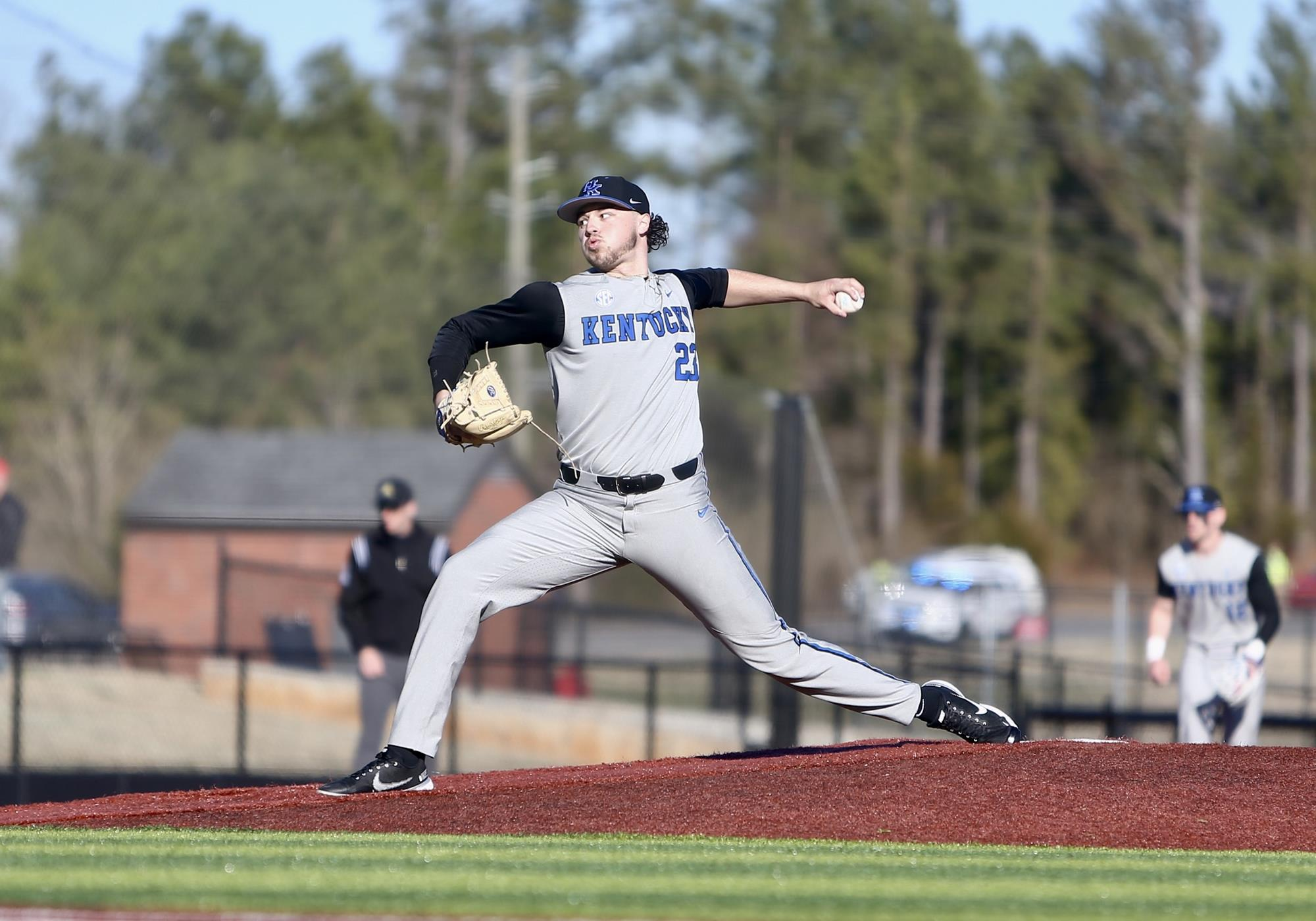 JACKSONVILLE, Ala. – Sophomore Magdiel Cotto was excellent in his first Kentucky start as the Wildcats won 6-2 at Jim Case Stadium on Saturday. The Cats go for a series sweep on Sunday afternoon.

Cotto, who transferred from South Carolina, yielded his only blemish when he gave up a two-out, two-run home run in his four innings, striking out six. He allowed a lead-off triple in the second but then stranded him by striking out the side. He earned his first win in blue.

From there sophomores Ryan Hagenow and Austin Strickland, and senior Darren Williams pitched five shutout innings for the victory. Williams was tremendous in three innings of work in his UK debut after the Maysville, Kentucky native transferred to UK last summer.

Six Cats had two hits and all nine hitters reached base in the game. Two runs in each of the opening two innings stood up and two more insurance runs in the ninth sealed things for UK (2-0).

ON DECK
Kentucky goes for a season-opening series at Jacksonville State on Sunday afternoon. First pitch is scheduled for 2 p.m. ET. The game will be aired on ESPN+. The radio call will be on the UK Sports Network.