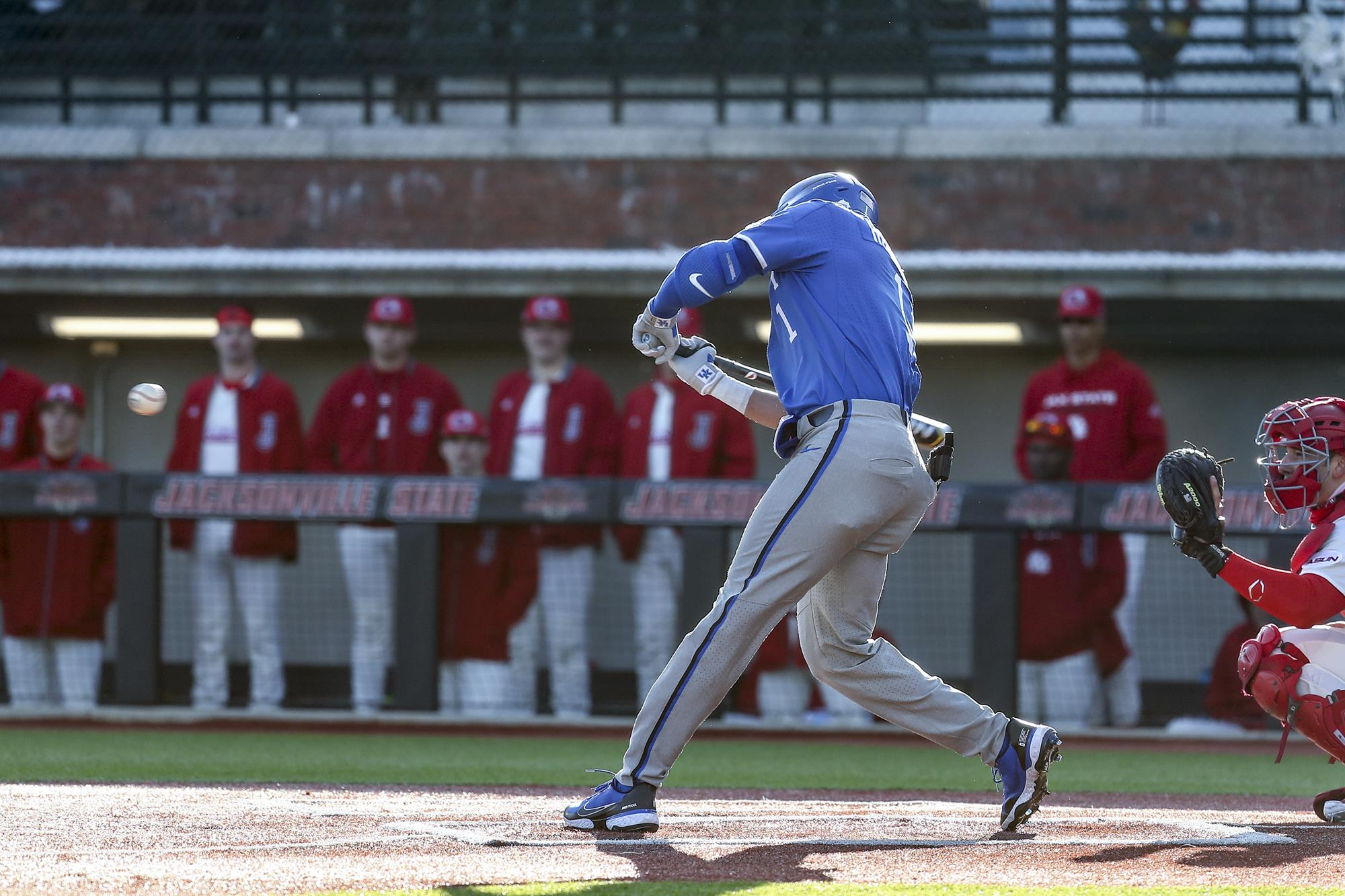 JACKSONVILLE, Ala. – Daniel Harris IV drew two hit by pitch and scored the game-winning run in his Kentucky debut as the Wildcats won a wild 10-8 season opener at Jacksonville State on Friday afternoon at Jim Case Stadium.

Harris, who transferred from Eastern Kentucky for his final season, went 1-for-3 with two runs and a two-run single as the Cats (1-0) erased two deficits. Harris started the winning ninth-inning rally with a two-strike pitch off his leg, moved to second on fellow transfer John Thrasher’s walk and scored on Ryan Ritter’s two-out game-winning single into left field.

Senior Sean Harney earned the win on the mound in relief, striking out four of the final seven batters. He ended a scoring threat in the seventh and got the final six outs in order on a cold, dreary day.

ON DECK
Kentucky continues its season-opening series at Jacksonville State on Saturday afternoon. First pitch is scheduled for 4 p.m. ET. The game will be aired on ESPNN+. The radio call will be on the UK Sports Network.