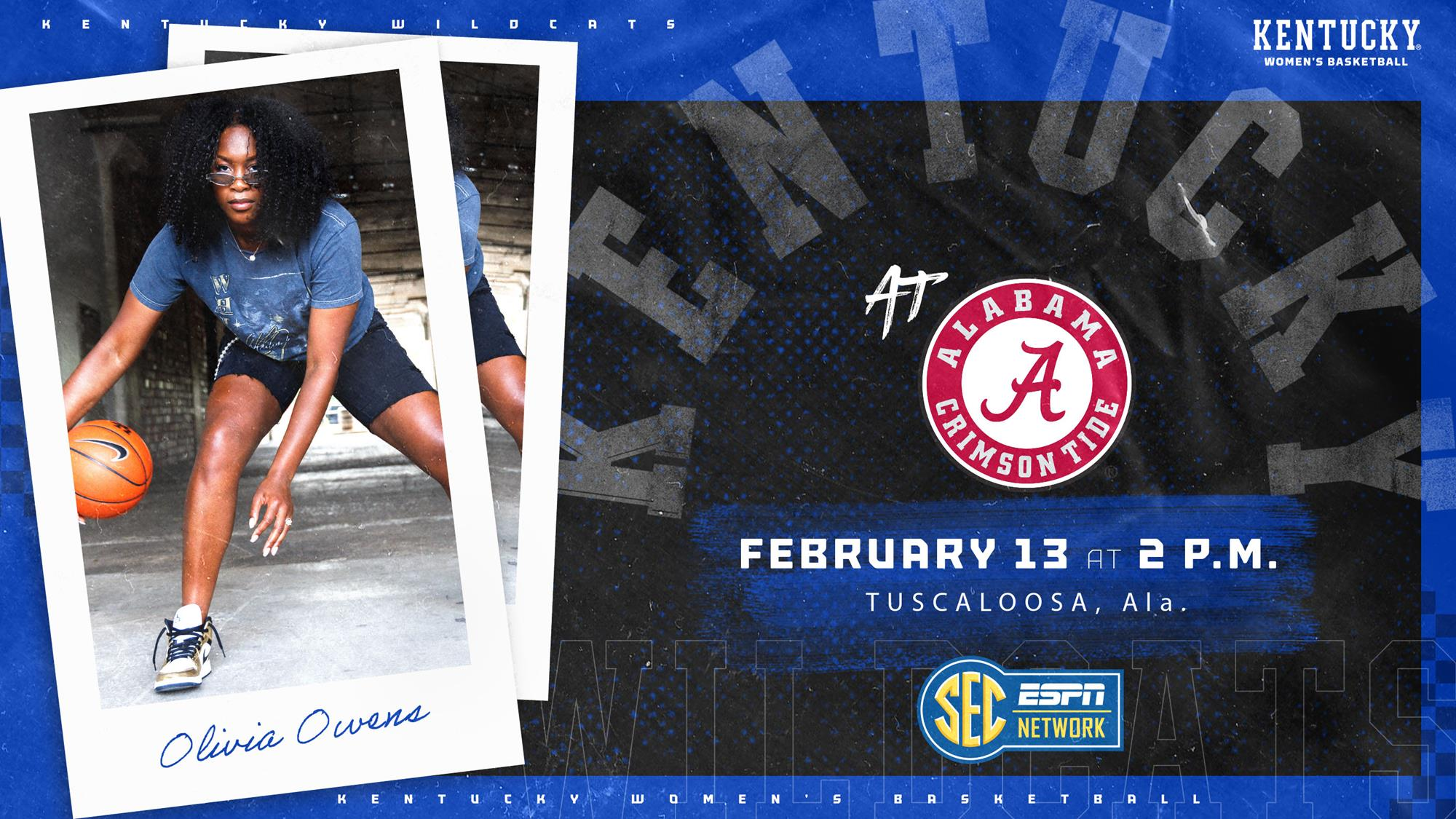 LEXINGTON, Ky. – Looking to get back in the win column for the first time in five tries, the University of Kentucky women’s basketball team travels Sunday to play at Alabama for a 2 p.m. ET tip inside Coleman Coliseum.

Sunday’s game will be broadcast live on SEC Network with Eric Frede and Christy Thomaskutty on the call. Darren Headrick will have the call on the UK Sports Network (630AM in Lexington). Live stats and free live audio will be available online at UKathletics.com.

Senior guard Rhyne Howard is leading Kentucky in scoring, rebounding, 3-point shooting, steals and blocks this season, while she is second on the team in assists. The native of Cleveland, Tennessee, is averaging 20.4 points with 7.7 rebounds per game, adding 39 3-pointers with 67 assists, 56 steals and 25 blocks. Howard has scored 20+ points in six of the last eight games with five double-doubles during that stretch. She has hit three or more from long range in four of the last five games with 17 total 3s in her last five.

Thursday will be the 52nd all-time meeting between Kentucky and Alabama in women’s basketball. The Wildcats lead the all-time series, 34-17, including a 13-10 mark in Tuscaloosa. Kentucky has dominated the series in recent memory, winning 19 of the last 21 meetings dating back to 2006. UK has recently won 10 straight. Alabama’s last win in the series was when it took down UK 57-55 On Feb. 16, 2014 in Lexington. The Tide’s last win in Tuscaloosa over Kentucky was Feb. 16, 2012 when it defeated UK 77-75. The Wildcats won the SEC Regular-Season Championship that season.