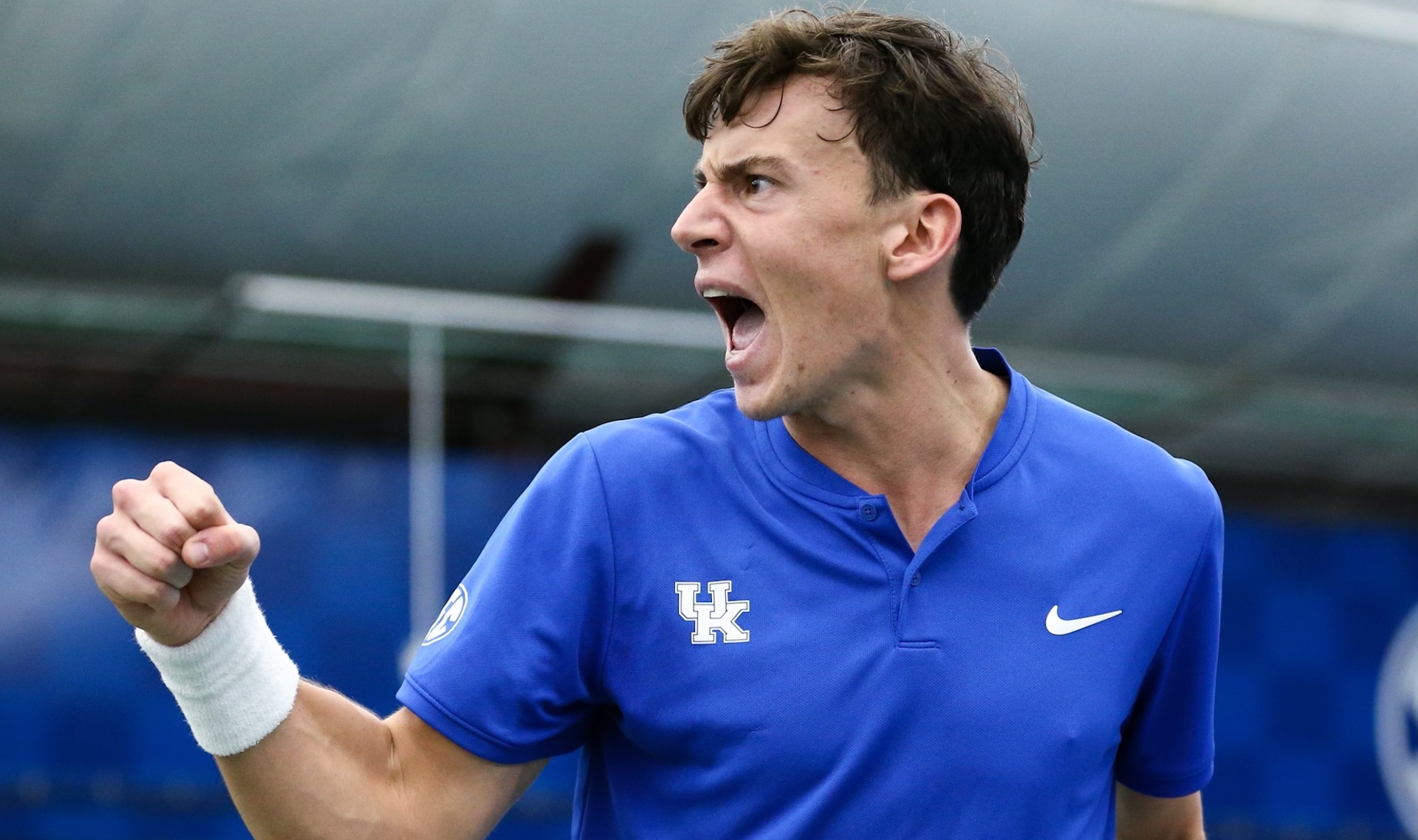 No. 11 Wildcats Sweep VCU to Stay Perfect on Season

LEXINGTON, Ky. – The No. 11 Kentucky men’s tennis team (7-0) continued its perfect start to the season, sweeping VCU by a 7-0 score in its match Monday afternoon at the Hilary J. Boone Tennis Center.

UK was led by captain Millen Hurrion, who earned the fourth doubles victory of the year with his partner Liam Draxl. He also had a team-best seventh singles win, marking the first time the Weymouth, England native started the season 7-0.

The Wildcats opened the day dominating in doubles, securing the point through victories from pairs of Draxl and Hurrion as well as Franois Musitelli and Yasha Zemel. Both duos won with a score of 6-2.

Draxl and Hurrion bounced back after dropping their first match of the season together last weekend, earning the team’s first ranked doubles win over No. 59 Charles and Maxence Bertimon of VCU. Musitelli and Zemel improved to 4-0 with a win over Joaquim Almeida and Matisse Bobichon.

The momentum carried into singles competition for Kentucky, who has only dropped one singles match this year through its first seven matches.

After Hurrion won the first singles match of the day, Musitelli notched his first ranked victory of the season – and the 68th of his collegiate career – against No. 98 Inigo Torre Martin, 6-2, 6-2. Montreal native No. 4 Gabriel Diallo then clinched the match in favor of the Cats, earning both his second singles win and clinching point.

Draxl clawed through his match against Charles Bertimon to secure a hard-fought win, 6-4, 1-6, 6-4. The elder of the Bertimon twins was coming off a ranked singles win against Virginia Tech and took the reigning Intercollegiate Tennis Association Player of the Year down to the wire, but the blue and white prevailed.

No. 90 Joshua Lapadat and No. 89 JJ Mercer earned their victories from the fifth and sixth spots. Lapadat swiftly won against Joaquim Almeida by a score of 6-1, 6-2 for his fourth win of the year, while Mercer earned his third victory as a Wildcat at 6-4, 6-1.

Kentucky’s non-conference portion of the schedule will continue this weekend. Its next matches will come on the road, taking on No. 5 Ohio State Friday in Columbus before heading to Durham, North Carolina, to take on Duke. Following the weekend road trip, UK will then go to Seattle to play in the ITA Indoor Championship on Feb. 18-21.