Playing at the Eagle Creek Golf Club (par 72, 6,349 yards), the Wildcats posted a team score of 12-under-par 276 for the lowest round in program history. They eclipsed the previous school mark of 277 set in the third round of the Ron Moore Women’s Intercollegiate on Oct. 9, 2016.

Kentucky also shattered its best team score of the 2021-22 season, surpassing the 282 recorded in the second round of the Mason Rudolph Championship on Sept. 25, 2021.

“What a great start to the tournament! Our whole team has been very calm and confident over these last few weeks and it’s so rewarding to see their hard work pay off,” said head coach Golda Borst. “They are capable of so much, and to see them execute and for the putts to fall today makes my heart so happy.”

The Wildcats’ record-setting round on Sunday also positioned themselves in first place heading into the second day, just one shot ahead of No. 6 Wake Forest. No. 12 Auburn and Miami are tied for third at 279 while NC State and Old Dominion are locked in fifth at 282. 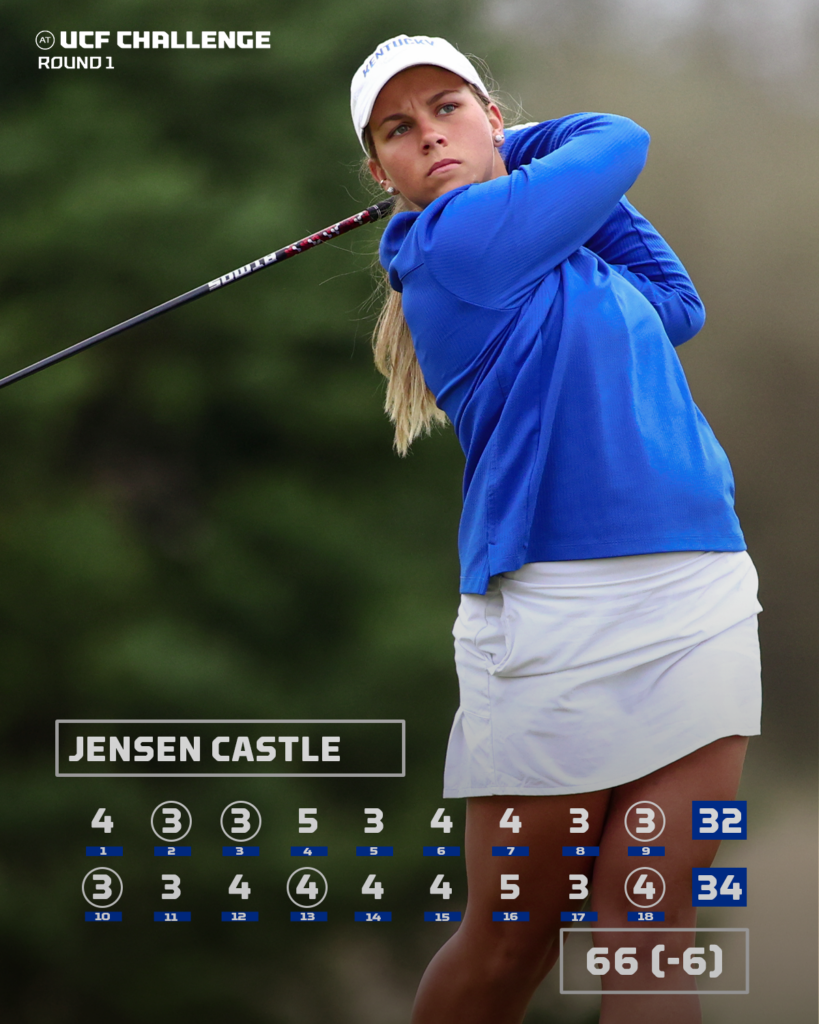 Solidifying herself at the top of the leaderboard heading into the second day was Jensen Castle, who tied her top score as a Wildcat. The junior’s 6-under-par 66 put her a shot ahead of the field and matched her best 18-hole performance, which was first set at the Mason Rudolph Championship in the fall.

Castle, the 2021 U.S. Women’s Amateur champion, also rolled in a team-high six birdies — three on each side — including a pair of two straight on 9 and 10 as well as 2 and 3. In total, the Wildcats had 25 birdies throughout round one.

Joining Castle in matching a career-best was Laney Frye, who is currently tied for sixth. Frye’s 4-under-par 68 tied her first-round showing at Ruth’s Chris Tar Heel Invitational in October and marked the 20th round of par or better in the sophomore’s collegiate career.

Rikke Svejgård Nielsen recorded yet another under-par round for the Wildcats at 69 (3-under par), good enough to sit in the ninth position heading into day two. It signaled the second-best score of her career and the lowest since 2018. The fifth-year senior also carded four birdies, including three in a four-hole stretch.

Two bogeys and one birdie put Marissa Wenzler at 1-over-par 73 to tie for 51st in the individual standings. María Villanueva Aperribay posted five birdies but was offset by six bogies to finish the first round at 74 (2-over par), heading into day two tied for 66th.

Ryan Bender had an impressive showing as an individual, with her 1-under-par 71 being her second-best round as a Wildcat. The redshirt junior’s score, which is currently tied for 25th, was one better than the 72 she carded last weekend in the first round of the Lady Bulldog Individual Championship.

“We know as a team what we are capable of, and it’s awesome to see them be calm and just play their game,” said Borst. “The sky is the limit for this group. We’re just going to stick to our process and keep playing golf.”

The Wildcats’ 2022 showing marks their eighth appearance in the UCF Challenge since 2011. Kentucky has finished in the top 10 on five occasions during that span, including three times placing in the top five.

Kentucky returns to the Eagle Creek Golf Club for the second round on Monday with a tee time set for 8:45 a.m. ET. Live scoring will continue to be available at Golfstat.com. 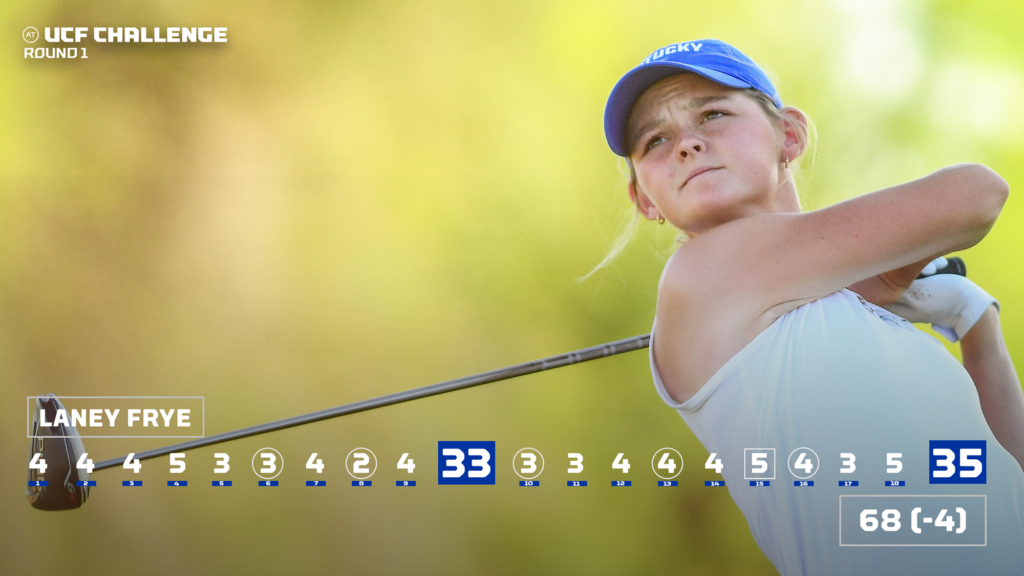