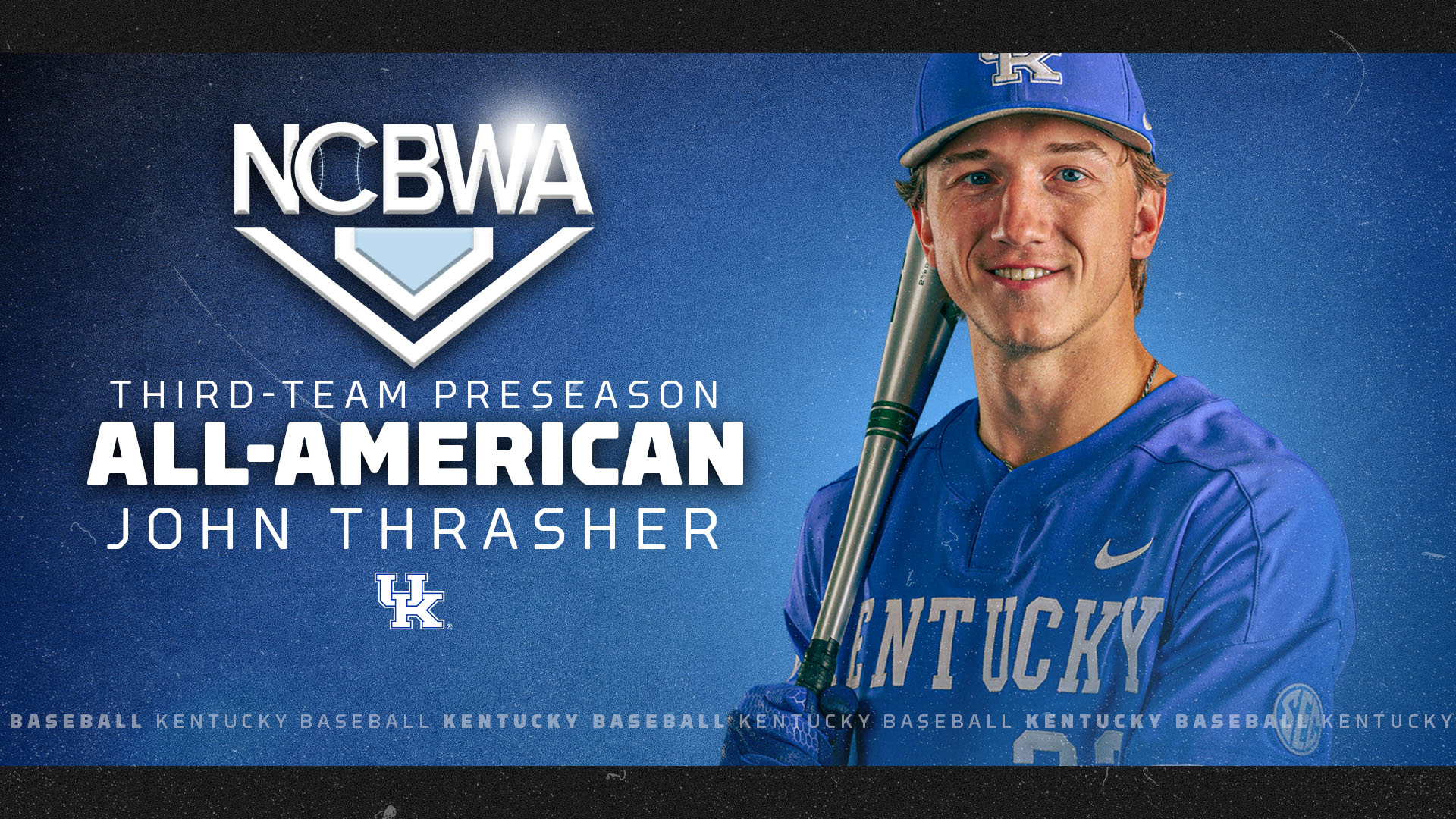 Thrasher transferred to UK last summer after winning America East Player of the Year in 2021. He had a brilliant career at Hartford that saw him set a school record for career stolen bases with 69,  Improving each season before culminating in his incredible 2021 campaign that saw him win America East Player of the Year. In 141 career games (450 at-bats) he hit .287 with 102 runs, 129 hits, 23 doubles, six triples, 13 home runs and 69 RBI, drew 50 walks, 22 hit by pitch and reached base at a .381 clip. He has 35 career multi-hit games, a .991 career fielding percentage and nine outfield assists and graduated Magna Cum Laude from Hartford.

Thrasher enters the 2022 season on a 30-game reached base safely streak.

In 2021, Thrasher was Second-Team ABCA All-Northeast Region during a sensational breakout season. He batted .369 with 45 hits in 122 at-bats, scored 37 runs and drove in 23. Thrasher was an extra-base machine, delivering 11 doubles, three triples and seven home runs while posting a .680 slugging percentage. He ranked third nationally with 37 stolen bases and led the country in stolen bases per game. The 37 steals set a new school record.

The Cats are entering their sixth season under head coach Nick Mingione and have won 143 games during his tenure, including a 29-win season in 2021. The Wildcats added eight Division I-A transfers during the offseason and boast one of the deepest pitching staffs in recent memory with the return of the entire weekend rotation, talented bullpen and experienced transfers.