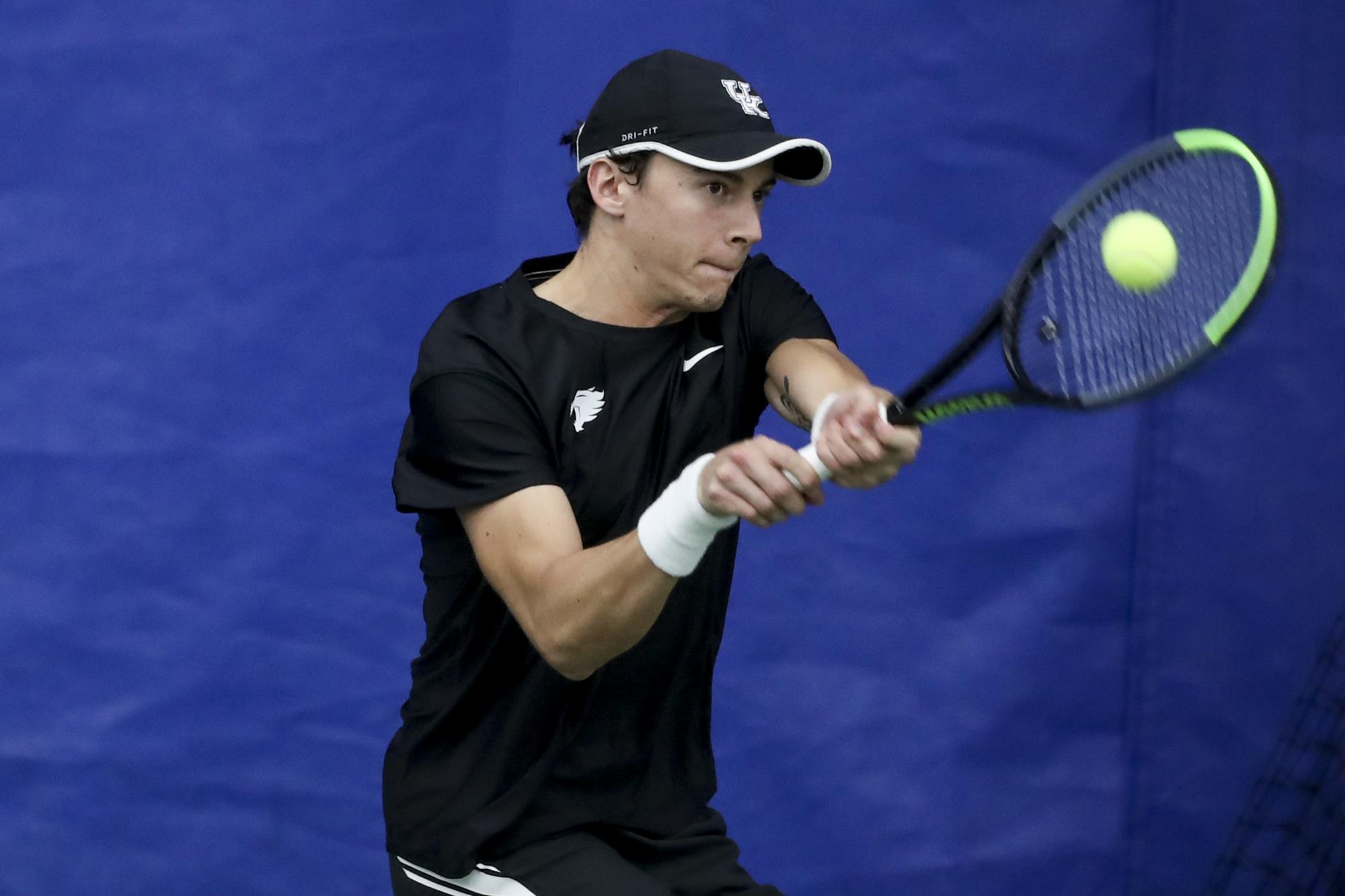 STARKVILLE, Miss. – The No. 11 University of Kentucky men’s tennis team (4-0) defeated Alabama (2-2) in dominant fashion during the opening round of the Intercollegiate Tennis Association Kickoff on Saturday morning in a 4-0 sweep at the A.J. Pitts Tennis Center at Mississippi State.

The two-seed in a four-team field, UK will play either one-seed Mississippi State, the 21st-ranked team in the nation, or four-seed Arkansas tomorrow at 2 p.m. ET. The Bulldogs and Razorbacks will start their match today at 2 p.m. ET.

The winner of the championship match will advance to the ITA Indoor Championship and play in Seattle, Washington, at the Lloyd Nordstrom Tennis Center from Feb. 18-21.

The Wildcats came into today’s match focused on avenging their loss to the Crimson Tide last year. In their lone regular season match last spring, Kentucky, then ranked No. 15, fell to Alabama in a 4-3 heartbreaker in Tuscaloosa.

The team started applying pressure immediately in the doubles matches, with the doubles pairs of Liam Draxl and Millen Hurrion and 34th-ranked duo Joshua Lapadat and JJ Mercer both besting their adversaries by a 6-2 score. Lapadat and Mercer improved to 4-0 on the year in their matches, while Draxl and Hurrion moved to 3-0.

Hurrion carried over that momentum into singles as well. The fifth-year senior captain swept the first set and almost did the same in the second to earn the first singles point by a score of 6-0, 6-1 over Alabama’s German Samofalov. He is now 4-0 on the year.

No. 90 singles player Lapadat then followed up Hurrion with a sweep in his first set as well. While the second was more competitive, the London, Ontario native was able to clinch his second singles victory of the year, 6-0, 6-3, over Rudi Christiansen.

The team’s highest ranked singles player, No. 4 Gabriel Diallo, then earned his first victory and match-clinching win of the year. The junior bested Enzo Aguiard 6-3, 6-4 to advance Kentucky to the championship match.

Tomorrow’s match will be live streamed on the Mississippi State athletics website and can be accessed here as well.