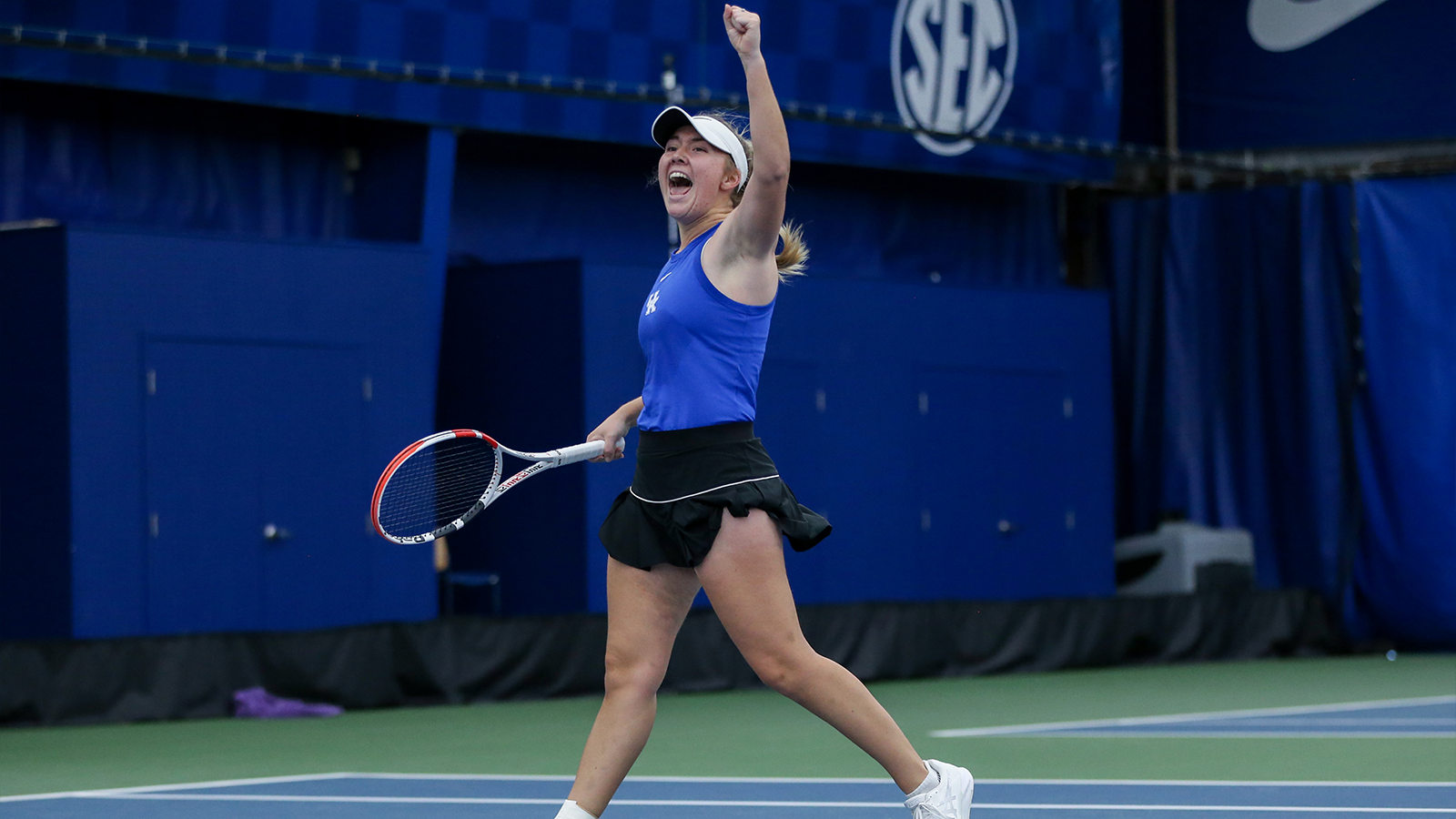 SOUTH BEND, Ind. – The University of Kentucky women’s tennis team prevailed in its first road test of the season, defeating Notre Dame in a 4-1 decision on Friday at the Courtney Tennis Center in South Bend, Indiana.

Following the win, the Wildcats improve to 4-0 on the season while the Fighting Irish start the year at 0-1.

Playing on court three, Fiona Arrese and Florencia Urrutia defeated Maria Olivia Castedo and Yashna Yellayi, 6-1, as the Wildcat duo extended their doubles record to 3-0 for the year. Carla Girbau and Ellie Eades took down Carrie Beckman and Julia Andreach, 6-3, on the second court to secure the doubles point for UK.

Arrese carried the momentum from doubles into singles action, securing the first point for UK after taking down Beckman 6-3, 6-2 on court four. Combined with her victories from opening weekend against ETSU and Miami Ohio, the sophomore now moves to 4-0 on the season in singles.

Notre Dame then cut its deficit in half as Andreach bested Girbau in a 6-3, 6-3 decision on court two. However, Kentucky extended its lead once again as No. 100 Carlota Molina took down Yellayi 7-5, 6-4 in the third position to put the Wildcats up 3-1.

Elizabeth Stevens certainly impressed in her first showing of the season by clinching the match for Kentucky on court one. After trailing Freeman 2-6 after the first set, she fought back to win the last two 6-1, 6-2 to give the Wildcats a 4-1 victory.

Kentucky returns home on Sunday, Jan. 23 for a doubleheader with Southeast Missouri State at the Hilary J. Boone Tennis Complex. The first match will begin at 10 a.m. ET with the second match set for 2 p.m.