Sophomore Tori Herman finished third overall in the women’s 6K, earning an automatic bid to compete as an individual at the NCAA Championships in Tallahassee on Saturday, Nov. 20. The top four individuals who are not members of the top two-finishing teams automatically qualify for NCAAs.

Tale of the Competition

The women’s team had an impressive meet with the best team finish in place and points since 2016. Herman led the Cats with a career-best meet performance, running her fastest ever 6K in 20:09.40, which is a near four-second improvement on her SEC Championship time over a different course.

Perri Bockrath had a great morning, finishing ninth with a PB 20:21.10. She narrowly missed the individual qualifying standard for NCAA Championships as the fifth individual finisher not a member of the two automatically-qualified teams. Bockrath improved by 61 places and ran over one minute faster than her performance at last year’s southeast regional in Charlottesville, Virginia.

Jenna Gearing finished just behind her in 11th place (20:27.30), running her fastest time of the season.

As three of the top 25 finishers, Herman, Bockrath and Gearing earned the All-Region honor from the United States Track & Field and Cross Country Coaches Association.

Freshman Jackson Watts earned his highest finish in an elite competition this season, finishing as the third-fastest Wildcat in 57th (30:51.8), showing some of the form that helped him earn SEC Freshman of the Week in October.

The young UK Cross Country men’s team is mostly made up of underclassmen and will return all seven of the runners that competed at this year’s Southeast Regionals. 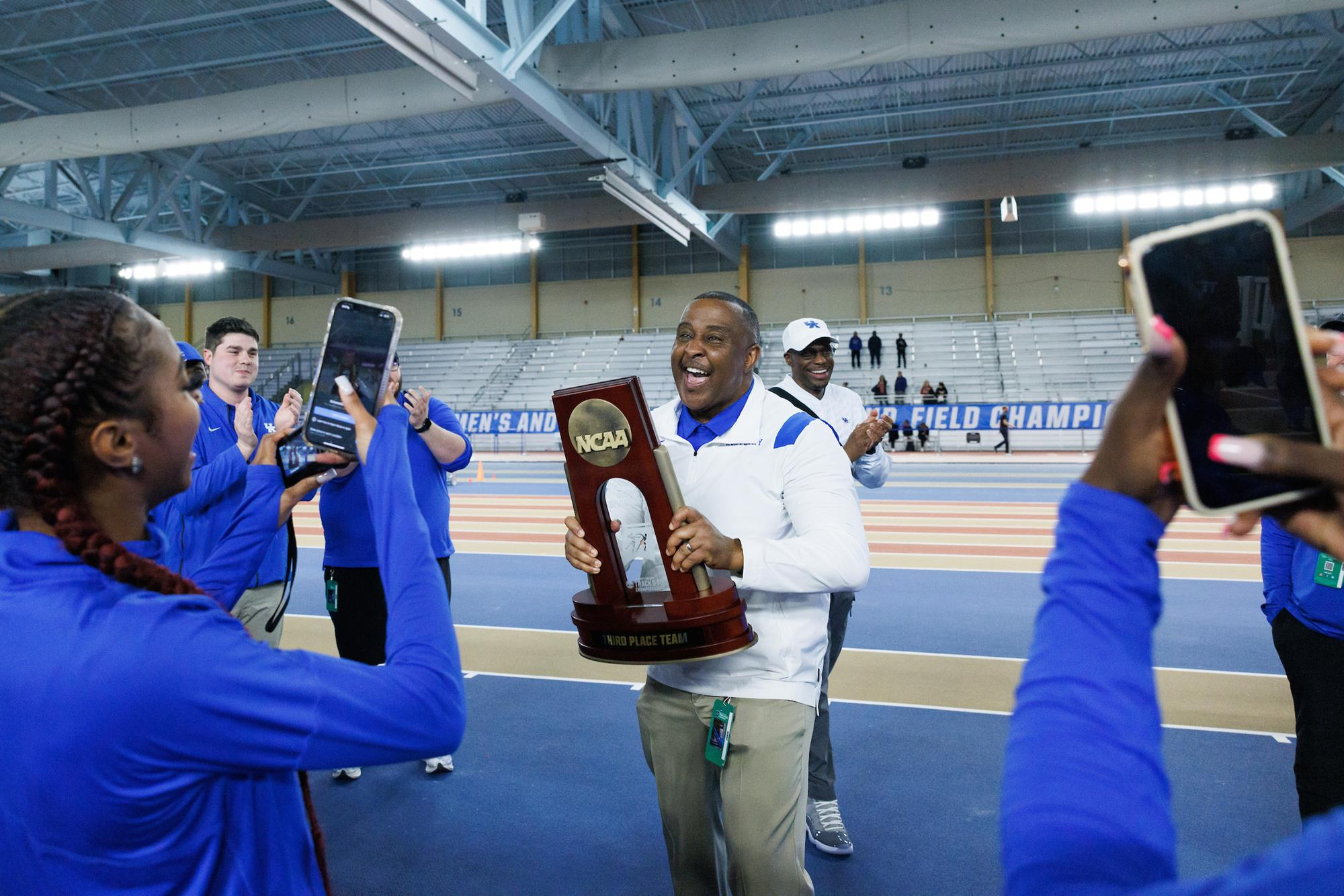