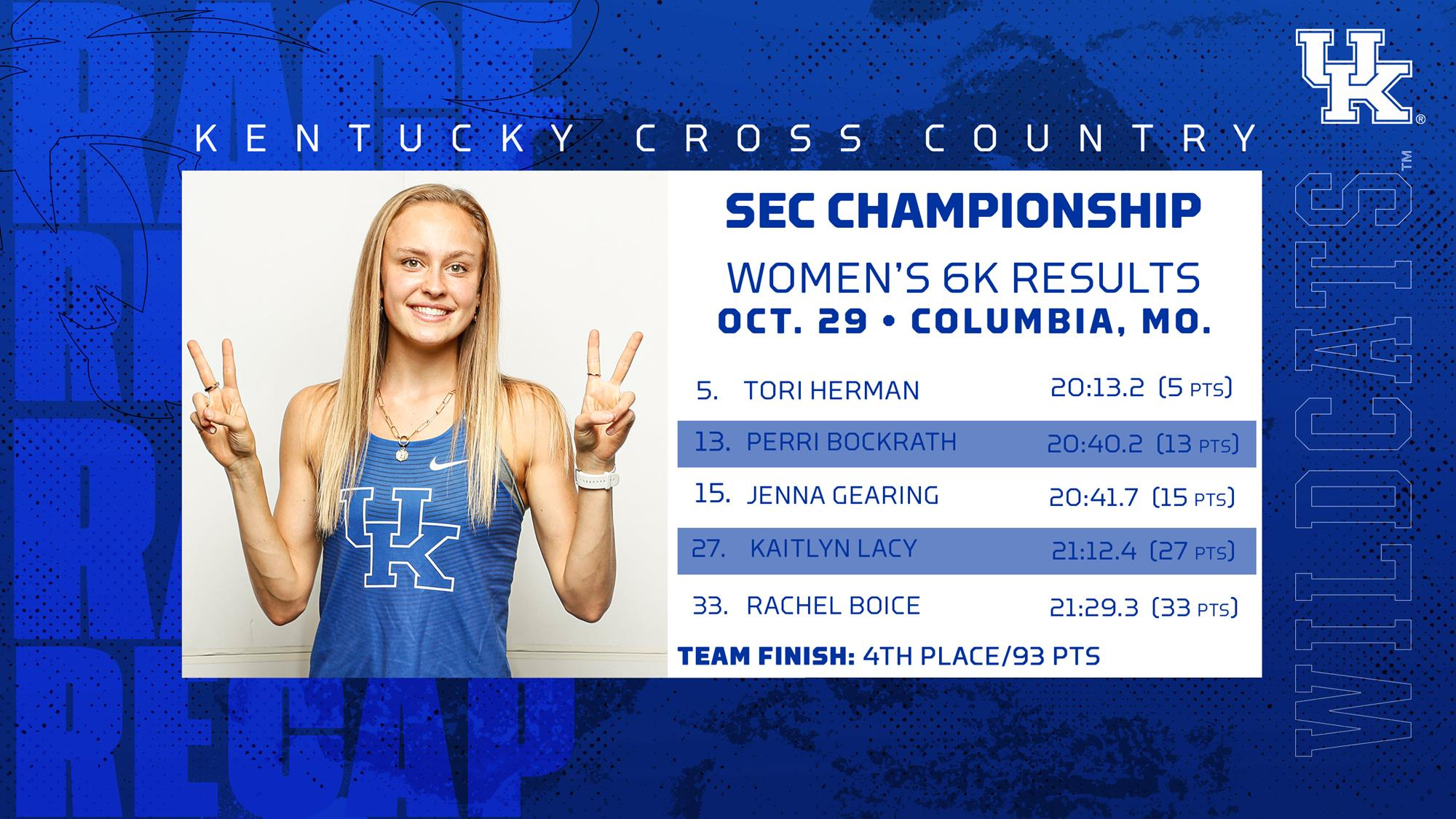 COLUMBIA, Mo. — The University of Kentucky women’s cross country team ran for a fourth-place finish while the men’s team finished in sixth at the 2021 Southeastern Conference Cross Country Championship hosted by the University of Missouri on Friday, October 29.

Ninety three points is the lowest score total for the Kentucky women in Coach Hakon DeVries nine years with the team.

Herman highlighted the women’s performances with a personal best time and fifth-place finish (20:13.2). Herman’s run earns her a spot on the 2021 All-SEC First Team. She improved upon a 19th place finish at 2020 SEC Championships where she won SEC All-Freshman honors.

The sophomore from South Carolina has now led the women’s team at all four meets she has competed in this season.

Bockrath’s run earns her a spot on the 2021 All-SEC Second Team.

Kern was the top finisher for the men, placing 16th (24:02.2). He improved upon his 18th-place finish from 2020 SEC Championships where he earned SEC All-Freshman honors.

The women’s team placed fourth behind three ranked teams; No. 15 Arkansas, No. 11 Ole Miss and No. 5 Alabama.

The Wildcats have had an exemplary season so far, with the women’s team being ranked in the United States Track & Field and Cross Country Coaches Association Top 30 at 27 for the first time in the poll’s modern history. The women achieved this ranking after an eighth-place team finish at the Notre Dame Joe Piane Invitational.

UKXC will compete next at the NCCA Southeast Regional meet hosted by the Wildcats at Tom Sawyer Park in Anchorage, Kentucky on Friday, November 12.