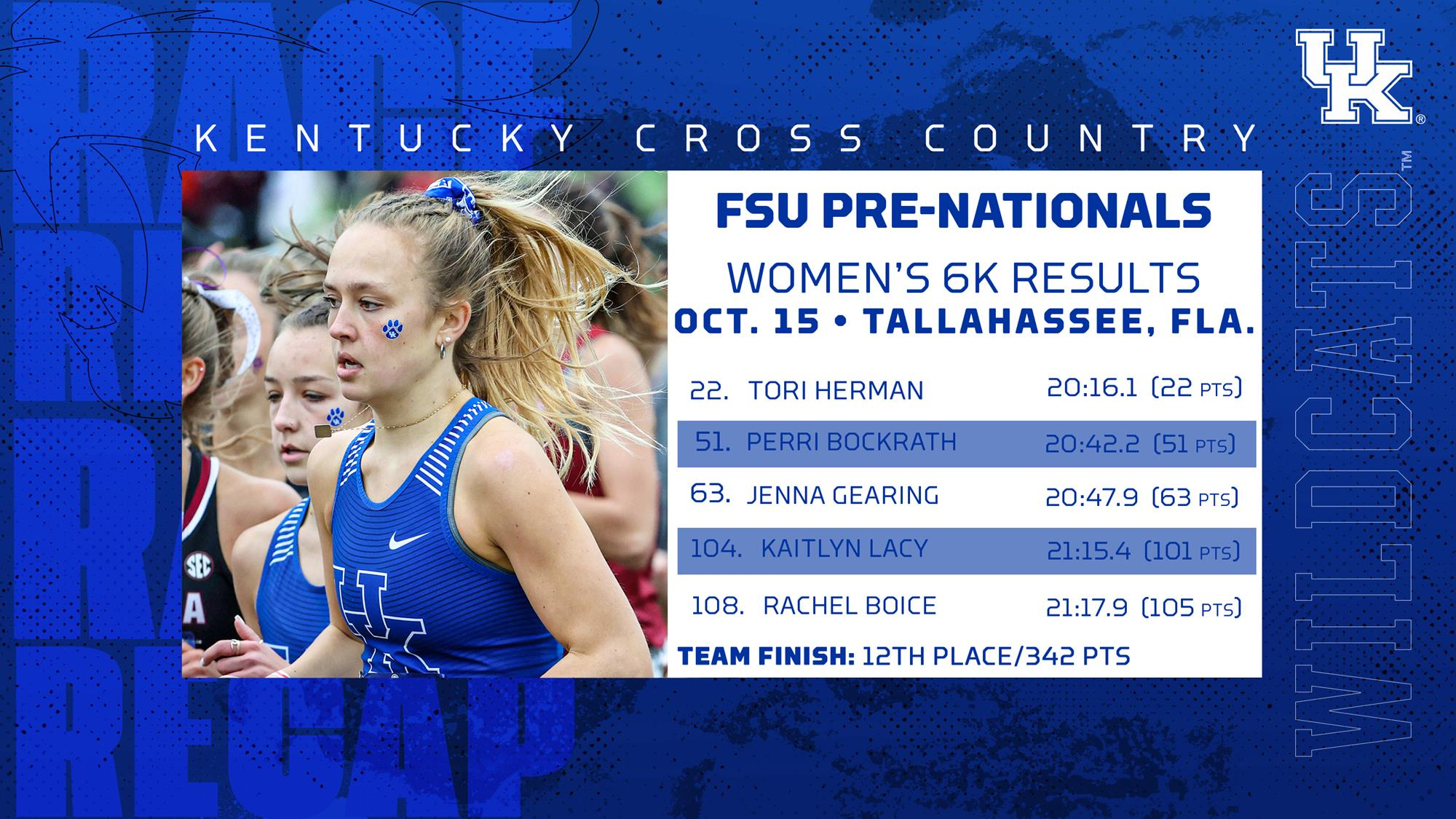 Herman ran the 6K in 20:16.1 for a personal best 6K time. She has now placed in the top 25 in all three meets she has run this season, including a win at the Commodore Classic and 21st-place finish at Notre Dame.

The women’s team finished 12th out of 33 teams with all five scoring runners placing in the top 110 runners out of 243.

The next couple finishers for the women were Perri Bockrath and Jenna Gearing. Bockrath has had an impressive season so far, consistently finishing as second-fastest for the Cats. She placed 51st (20:42.2) and had a similar finish at Notre Dame where she finished 52nd.

In Gearing’s second meet of the season, she clocked a 20:47.9 time and finished in 63rd place.

Rounding out the top five for the women were Kaitlyn Lacy and Rachel Boice, who finished in 104th and 108th, respectively.

Sophie Carrier was UKXC’s first finisher in the women’s open 6K with a 21st-place finish and time of 21:36.1.

The men’s team concluded the race in 18th place with three runners in the top 100. Forty teams and 304 runners competed in the race, and this was the third meet of the season where Kern, Duvall and Allen finished first, second, and third for the Cats.