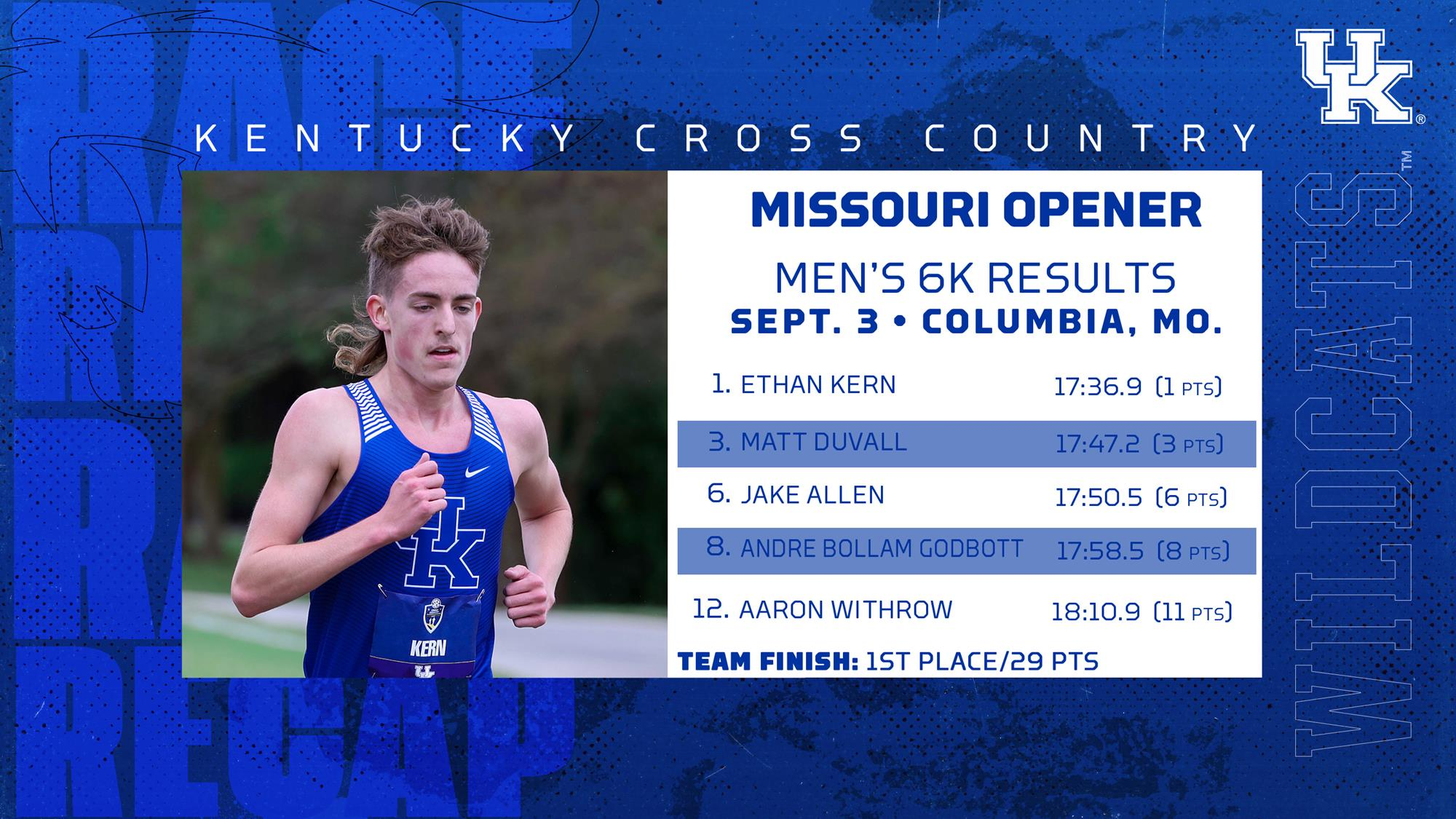 The men ran the 6K and finished with 29 points, including four Wildcats in the top 10, earning a win over the reigning SEC Champs, Arkansas. They also beat host Mizzou and Vanderbilt.

Kern won the race for the men in convincing fashion with a time of 17:36.9, closely followed by teammate and Matt Duvall in third (17:47.2). Duvall finished 15th at 2020 SEC Championships, earning the SEC Freshman of the Year award.

Perri Bockrath highlighted the women’s 5K for Kentucky, finishing ninth with a time of 17:28.3.

Overall, the men’s team had seven top-25 finishers and the women had four.

Next up is the Commodore Classic for both the UKXC men and women in Nashville Tennessee on Friday, September 17.