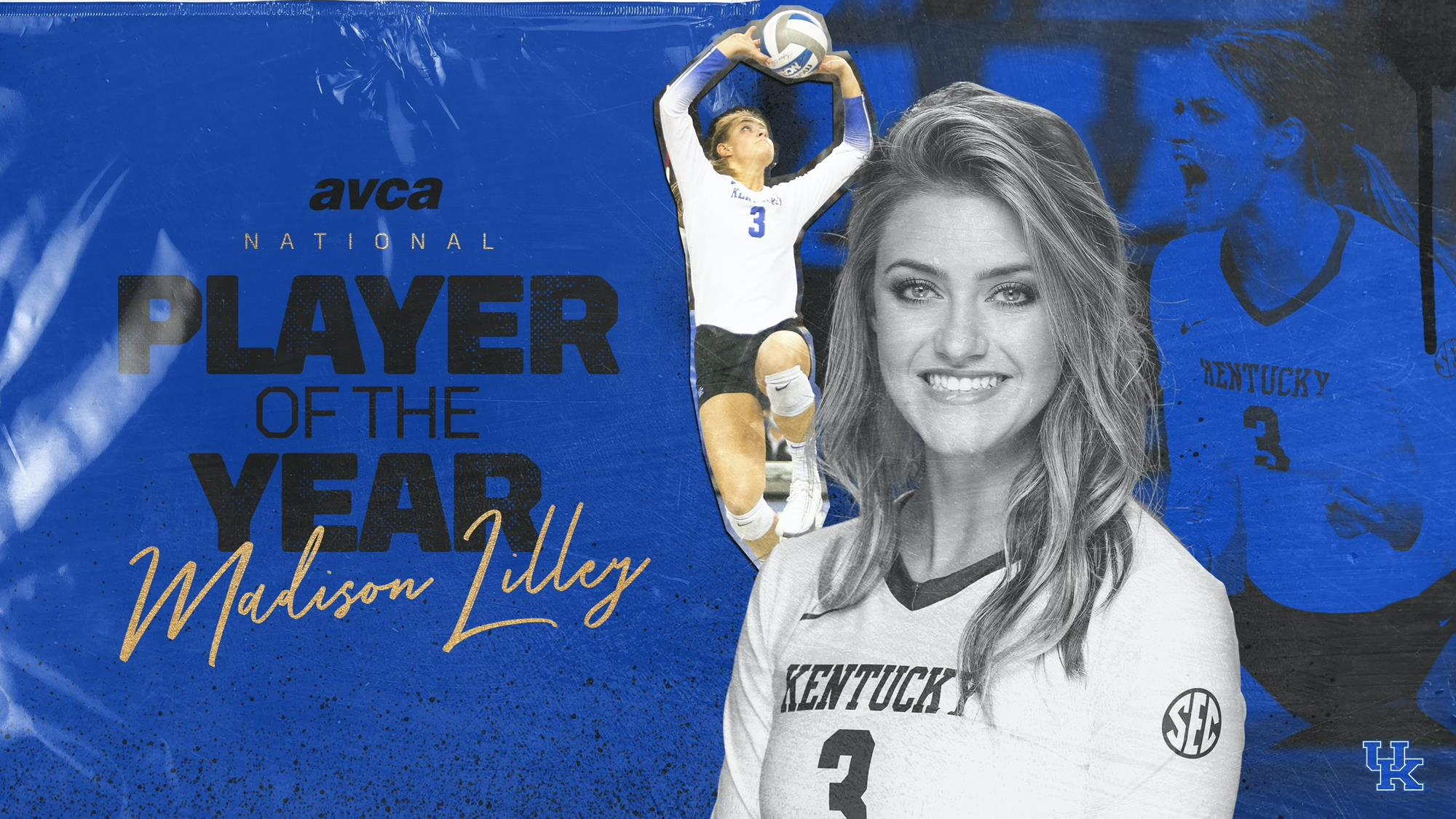 Lilley, the school’s all-time leader in assists, is averaging an SEC-high 12.1 assists per set this season, with just under one kill per set, 2.36 digs per set and 0.65 blocks per set. She was named the SEC’s Player of the Week four times this season and the league’s Setter of the Week on seven different occasions.

The senior has recorded 30+ assists in all but two of Kentucky’s 23 matches this season, including all three so far in the NCAA Tournament against UNLV, No. 18 Western Kentucky and No. 9 Purdue. Lilley has 35 matches in her illustrious career that she has recorded 40 or more assists and six matches this season along with 10 or more digs, for six double-doubles this year.

An AVCA All-American all four years at Kentucky, Lilley was named a First Team All-Americans on Tuesday for the first time in her career.

Kentucky has qualified for the NCAA National Semifinals for the first time and plays (6) Washington on Thursday night at 7 p.m. ET in the first of two national semifinal matches. The match will air live on ESPN with Paul Sunderland, Salima Rockwell and Holly Rowe on the call from the CHI Health Center in Omaha, Nebraska.