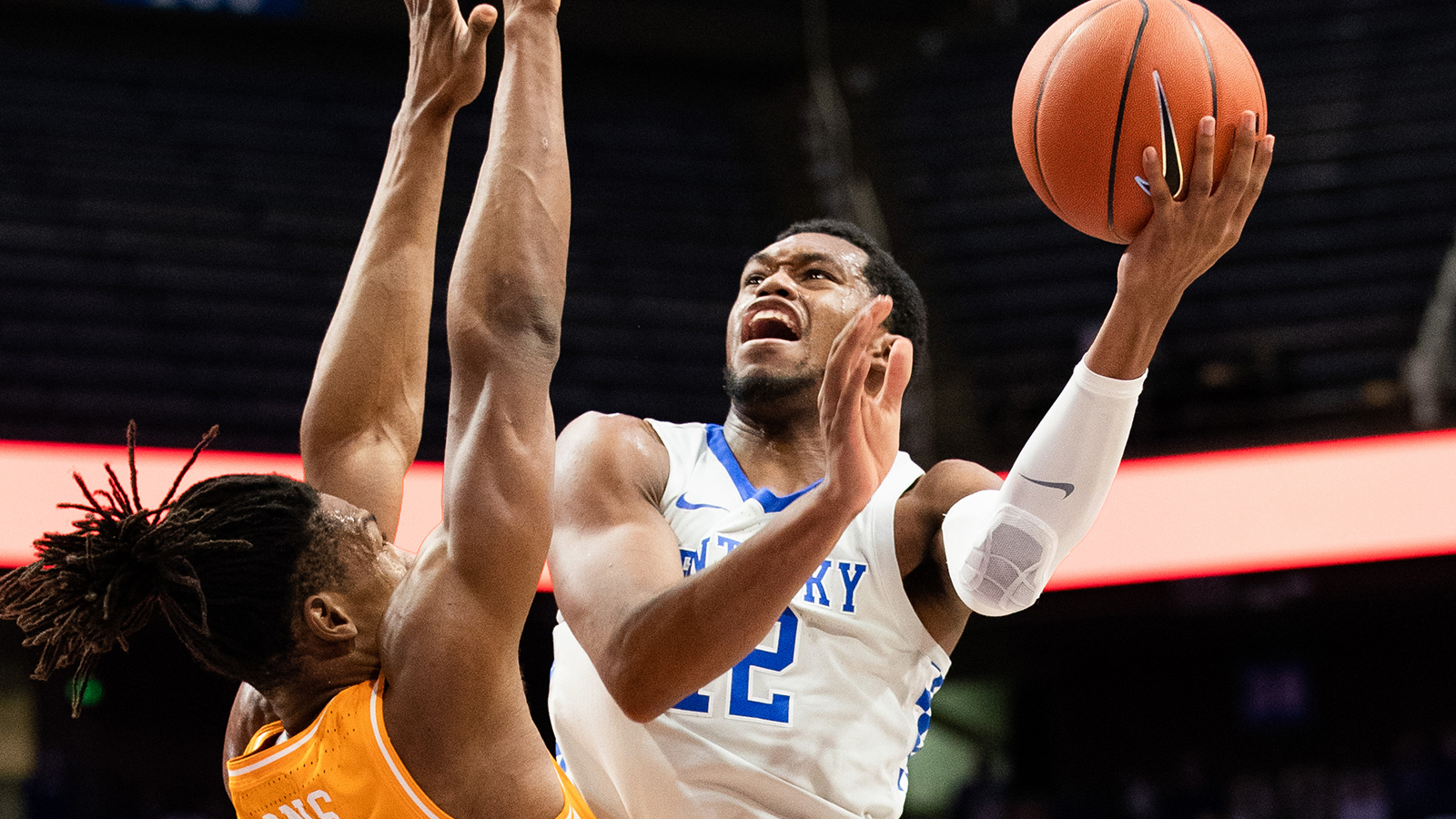 Kentucky Falls to No. 11 Tennessee

LEXINGTON, Ky. – Under John Calipari, Kentucky has cornered the market on star college basketball freshmen, but in another brutal reminder of how the season has gone for the Wildcats, it was Tennessee who had the best two freshmen on the court Saturday in the Volunteers’ 82-71 victory at Rupp Arena.

Keon Johnson scored 17 of his career-high 27 points after halftime and Jaden Springer added a career-high 23 points to lead a 10-point second-half comeback in the first of two meetings between each school’s most common opponent.

It was Kentucky (5-12, 4-6 Southeastern Conference) that entered the season with the clear-cut No. 1 recruiting class in the country, but as the Wildcats lost their third straight game – the third losing streak of at least three games this season – and the fifth in the last six games, it was the maddening inconsistencies of the young players that again cost UK.

With Keion Brooks Jr. enjoying a career day and Devin Askew breaking out of a recent slump, Kentucky held a 58-48 lead with 12 minutes to play against one of the nation’s top defenses.

And then, even before the point where it’s gone south for the Wildcats in recent games (in the last four minutes), it all unraveled again.

In the blink of an eye, Johnson and Springer scored eight points in a 12-0 Tennessee run to take the lead.

“They just went to wherever they wanted to on the court and either went into your body and shot or jump over you and shot,” Calipari said.

The Wildcats briefly retook the lead at 64-62, but it was short-lived.

The Volunteers (13-4, 6-4 SEC), with 24 points from their sensational freshmen duo, outscored UK 34-13 over the final 12 minutes of the game to win their second consecutive game in Rupp Arena for the first time since the 1976-77 seasons.

Tennessee has won six of the last nine meetings vs. Kentucky, all under Rick Barnes.

“I think we all know Kentucky is our rival,” said Barnes, a close friend of Calipari’s off the court. “There’s no question about that.”

After just two turnovers in the first half, Kentucky turned it over 11 times after halftime including six times in the final 11 minutes.

“It’s a one-bucket game with five minutes to go and all of the sudden turnover, turnover, layup, layup, bad shot,” Calipari said. “I mean, I was at a loss for words.”

Especially after the first half Calipari watched.

His struggling freshman point guard, Askew, took care of the ball for much of the game and made shots. Brooks was unstoppable at times. The Wildcats got out in transition more so than they have for most of the season. And they put Tennessee’s veteran stars, including John Fulkerson – who they held to zero points – in foul trouble.

The combination led to 42 first-half points, the most points Ken Pomeroy’s top-rated defense has allowed in a first half this season.

It was all for naught.

“Once stuff starts to hit the fan, we don’t know how to snap back and be like, ‘OK, we’re going to get the best shot, we’re going to get a stop, we’re going to take care of the ball,’ ” Brooks said. “I don’t think anyone is scared, like pissing down their leg or anything; we’re just not disciplined enough to close the game out.”

Brooks played his best game as a Wildcat with a career-high 23 points and a career-high 11 rebounds for his first career double-double. He’s just the third player in the Calipari era at Kentucky to score at least 23 points with at least 10 rebounds off the bench (PJ Washington and Kyle Wiltjer).

But Tennessee tightened up on Brooks as the Volunteers made their run. Askew scored a career-high 14 points and Olivier Sarr added 14, but for a Kentucky team that has had no answers this season at the most important moments in the game, UK couldn’t find any answers again when things got hairy.

It’s becoming increasingly tough for the Wildcats to find any silver linings as the losses – now the most in the first 17 games to start a season in school history – pile up.

“We’ve lost so much, how much can we keep on learning from doing all this losing?” Brooks said. “We have the same conversations again over and over again, and we still end up not winning games like we should. There is some type of value when, going forward, to having that experience to not want to feel this way again. You can teach future teammates or future teams, ‘This is what this team went through,’ and do everything you can to not let that happen again.

“But for the most part, losing sucks.”

Calipari isn’t ready to let the losing turn his attention to next season or come to terms with what it means the pulse of Kentucky’s postseason chances.

“I owe it to these kids and this program to do whatever I can to get this thing flipped around,” Calipari said. “And that’s all I’m doing.”