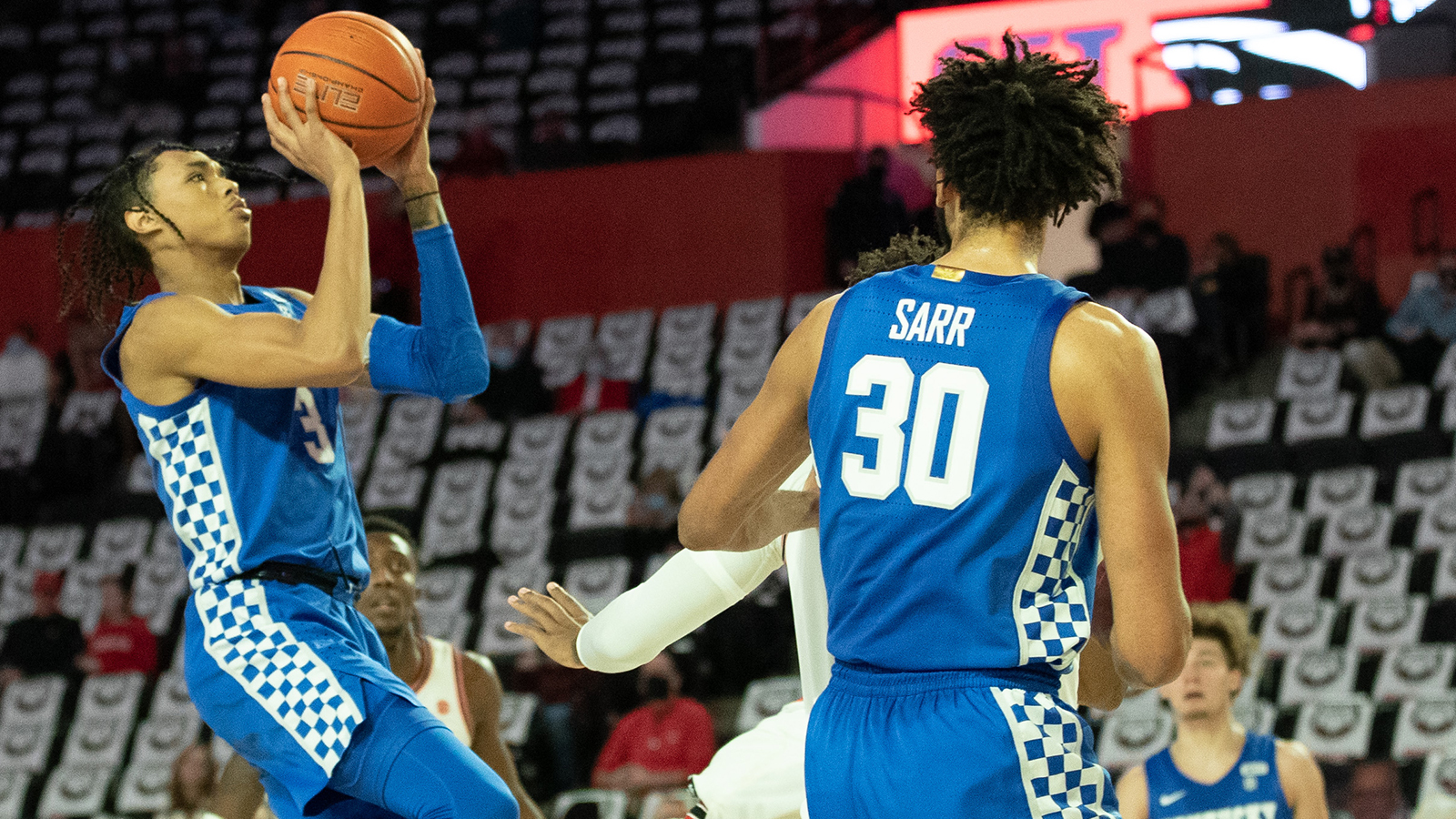 ATHENS, Ga. – The offensive breakthrough John Calipari hoped for at the start of the week hadn’t happened, but the win Kentucky needed to get back in the Southeastern Conference race and turn its season around was there for the taking.

Up six with two minutes to go, UK appeared to be in good position to end a two-game skid and head into the most difficult stretch of the season with momentum.

And then the same bugaboos that have cost the Wildcats so frequently this season popped up at the absolute worst time. A scoring drought. Turnovers. Lost 50-50 balls. A missed free throw. And a defensive breakdown.

It’s an all-too familiar feeling for Calipari’s bunch, which dropped its third straight game after what felt like a season-turning three-game winning streak to start SEC play.

“I need someone to talk to me because I’m discouraged,” Calipari said when asked what he said to his guys after the heartbreaking loss. “What I just saw, the way we finished the game – the shot selection at the end, missed free throws, turnovers, just throwing them the ball for layups … I’m discouraged.”

Despite another offensive slog, Kentucky appeared to take control of the game midway through the second half with a 10-0 run. Powered by the most efficient game of Brandon Boston Jr.’s young career and Keion Brooks Jr.’s strong second half, the Wildcats led by as many as 56-49 with 7:13 to play.

The Wildcats pulled ahead by six on an Isaiah Jackson jumper, but it would be their final points of the game.

After K.D. Johnson quickly buried a 3 at the other end of the floor, UK followed with a turnover, a contested jumper, and a missed free throw on the front end of a one-and-one to set up Georgia’s final opportunity.

Jackson blocked Wheeler’s layup with 3.6 seconds left but it went out of bounds, giving Georgia one final opportunity. Inbounding from the baseline, Horne got free and Wheeler found him despite an initial bobble.

“That last basket, No. 4 ran down, caught it and just laid it in,” Calipari said. “Just laid it in. We were telling them on that last play, ‘You can’t get screened on this. Fight through it. Fight.’ One guy got screened. Then they got it in, fumbled it and no one blocked it, so you just gave them a layup.”

The loss spoiled the best performance by Boston this season.

Coming off the bench for the first time in his Kentucky career, Boston scored a game-high 18 points with seven rebounds. He was 9 of 17 from the floor – the first time since the season opener he has made 50% or more of his shots – and was the key behind UK’s only two sustained offensive runs.

Brooks also added 12 points – all in the second half because of first-half foul trouble – Jackson had 12 and four blocks, and Olivier Sarr grabbed a season-high 13 rebounds.

But 17 Kentucky turnovers – the third straight game UK has turned the ball over 17 or more times – led to 25 Georgia points, giving the Bulldogs just enough offense to overcome 38.8% shooting.

Kentucky’s backcourt made that easier to overcome. Outside of Boston, UK’s guards were a combined 3 for 16. UK was 1 for 13 from behind the arc.

It marked the third time this season Kentucky has lost when limiting the opponent to 40% shooting or less from the field. The Wildcats entered this season 202-19 under Calipari in previous seasons when the opponent shot 40% or less.

“We should have won the game,” Calipari said. “We’re up six. We have the ball. Come on. But you have to give credit to Georgia. They never stopped.”

It gets no easier for Kentucky, which will enter what might be the most difficult stretch of the season. UK plays LSU, Alabama, Texas, Missouri and Tennessee over its next five games. Four of the five are ranked with LSU receiving votes.

“You can tell my frustration right now, but I’m the coach of the team and I have a job to do and we have to figure out how we’re going to win games,” Calipari said. “That’s all it is.”