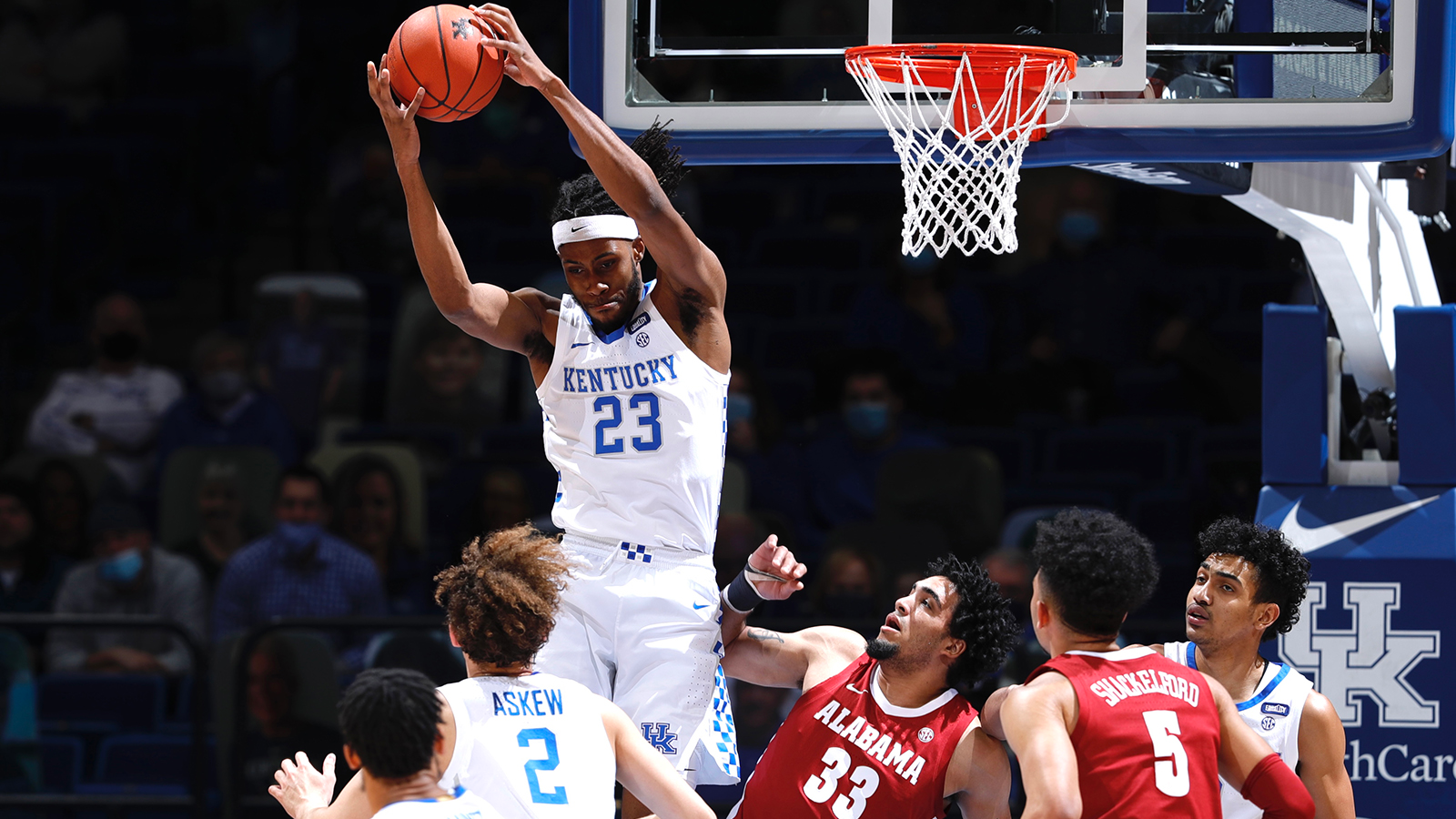 The Crimson Tide (10-3, 5-0 SEC) won their fifth consecutive game to remain atop the conference. They never trailed, and after the second-place Wildcats tied the game at 17-all, soon answered with consecutive 3s by Shackleford, Petty and Alex Reese (eight points) to regain the lead for good. The Tide led 67-47 with 6:49 remaining and Kentucky never got closer than 12.

Shackleford was 6-of-15 shooting including two 3s, among seven players to hit at least one from deep as the Tide finished 14 of 30 (46.7%). It marked their second-highest total this season and the eighth time they’ve reached double digits.

Alabama’s 3-point shooting was slightly better than its overall percentage (31 of 68, 46%). Joshua Primo had 12 points with a 3 for the Tide.

Alabama handily won despite losing starters Herbert Jones in the first half and Jordan Bruner in the second with what Oats said afterward were hand and knee injuries respectively. Both will be evaluated on Wednesday.

Isaiah Jackson had 14 points off the bench, Devin Askew 12 points and Keion Brooks Jr. 10 for Kentucky (4-7, 3-1), which had won its previous three contests.

The Wildcats controlled the boards 44-36 and recorded nine blocks but played catchup throughout against Alabama’s outside shooting and fast pace. They finished 21 of 61 from the field, including 4 of 18 from long range.

Said Askew, ”We didn’t show up today, we didn’t execute that well.”