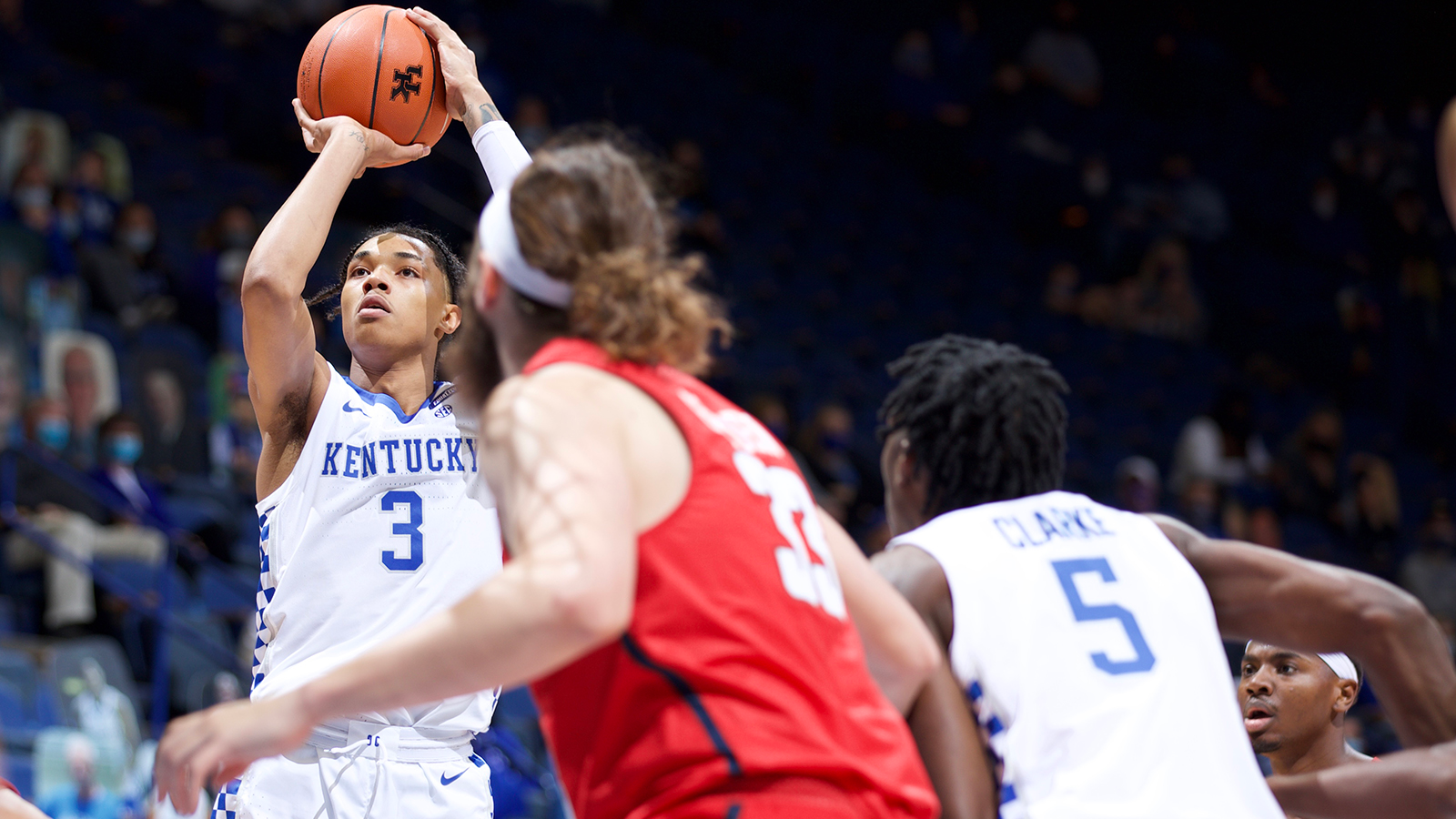 LEXINGTON, Ky. — Richmond could hardly have played worse in the first half Sunday, yet it trailed No. 10 Kentucky by only a few points.

The Spiders pulled confidence from the small deficit and turned that into better execution after halftime, leading to the biggest win away from home in program history.

Blake Francis and Nathan Cayo powered Richmond to its first road victory over an Associated Press top 10 team, rallying in the second half to beat the Wildcats 76-64.

“You just get to play a team like Kentucky so rarely,” Richmond coach Chris Mooney said. “So for us to have the opportunity to play them with a great team is great, and we seized that opportunity.

“It’s a tremendous win. Kentucky loses very rarely, they lose out of conference very rarely, so this is a great win.”

The Spiders (2-0) had been 0-25 against top 10 teams and trailed 36-30 just after halftime. Francis and Cayo each finished with 18 points, many coming during a series of small scoring runs that pushed Richmond ahead.

“We were only down four at halftime, we felt like we played horrible,” said fifth-year forward Grant Golden, who overcame four fouls to finish with 13 points and seven rebounds.

“We didn’t make any shots, but we knew as long as we kept running our offense, shots were going to start to fall eventually. But it was really on the defensive end for us. We put two really good halves of defense together and that’s what ended up winning it for us.”

A 9-0 burst gave the Spiders the lead, and a 7-0 stretch made it 58-46 with 7:43 remaining. In between, Francis and Tyler Burton hit 3-pointers and Cayo converted a three-point play.

Kentucky (1-1) got within eight before Richmond answered with Jacob Gilyard’s fast-break layup and Matt Grace’s 3-pointer for a 13-point edge with 4:40 left. Francis added a 3-pointer that made it 72-56 and sparked a celebration on the Spiders’ bench.

Golden made two free throws for Richmond with 10 seconds left before Burton grabbed Kentucky’s final miss to seal it.

Kentucky committed 11 of its 21 turnovers in the second half, all of which Richmond converted into 22 points after going scoreless before halftime. The Wildcats also didn’t record an assist after posting five before the break, in addition to shooting 31%.

Of the six Wildcats that played at least 10 minutes, five were freshman.

Richmond shot 59% from the field after halftime. It was the Spiders’ first victory over a ranked team on the road since topping No. 14 Virginia Commonwealth 64-55 on Jan. 31, 2015. The Spiders improved to 14-22 against top 25 opponents.

“It’s a lesson for all of us,” Sarr said. “It’s just the second game of the year. We’ve got to pick our heads up, because we got a whole lot of games coming. … Just learn from our mistakes and move on.”

The Spiders improved to 6-5 against the Southeastern Conference under Mooney, who has beaten a Power 5 Conference team in 14 of 16 seasons at Richmond.

Kentucky fell to 268-45 against unranked foes under coach John Calipari and 13-3 lifetime against the A-10.

Kentucky will likely fall out of the top 10 with the loss. Richmond earned 40 votes last week but should gain quite a few more toward getting in the rankings with a huge win.

Richmond’s biggest deficit was just six points, close enough to claw back in what was a back-and-forth contest for 26 minutes. Cayo was 8 of 13 from the field while Francis contributed three big 3s despite 6-of-19 shooting. The Spiders were just 7 of 25 from long range, but that was plenty since Kentucky missed everything from deep.

Kentucky came back to earth after showing surprising cohesion, accuracy and poise in last week’s opening rout over Morehead State. The Wildcats shot well in the first half but cooled considerably after that and looked out of sync for much of the second half. The road gets even tougher with Power 5 opponents from here on out, including Georgia Tech, Notre Dame, UCLA and rival Louisville following Kansas.

Kentucky faces No. 6 Kansas on Tuesday night at the Champions Classic in Indianapolis. The Wildcats are 2/3 recently against the Jayhawks, including a 71-63 home victory in January 2019. 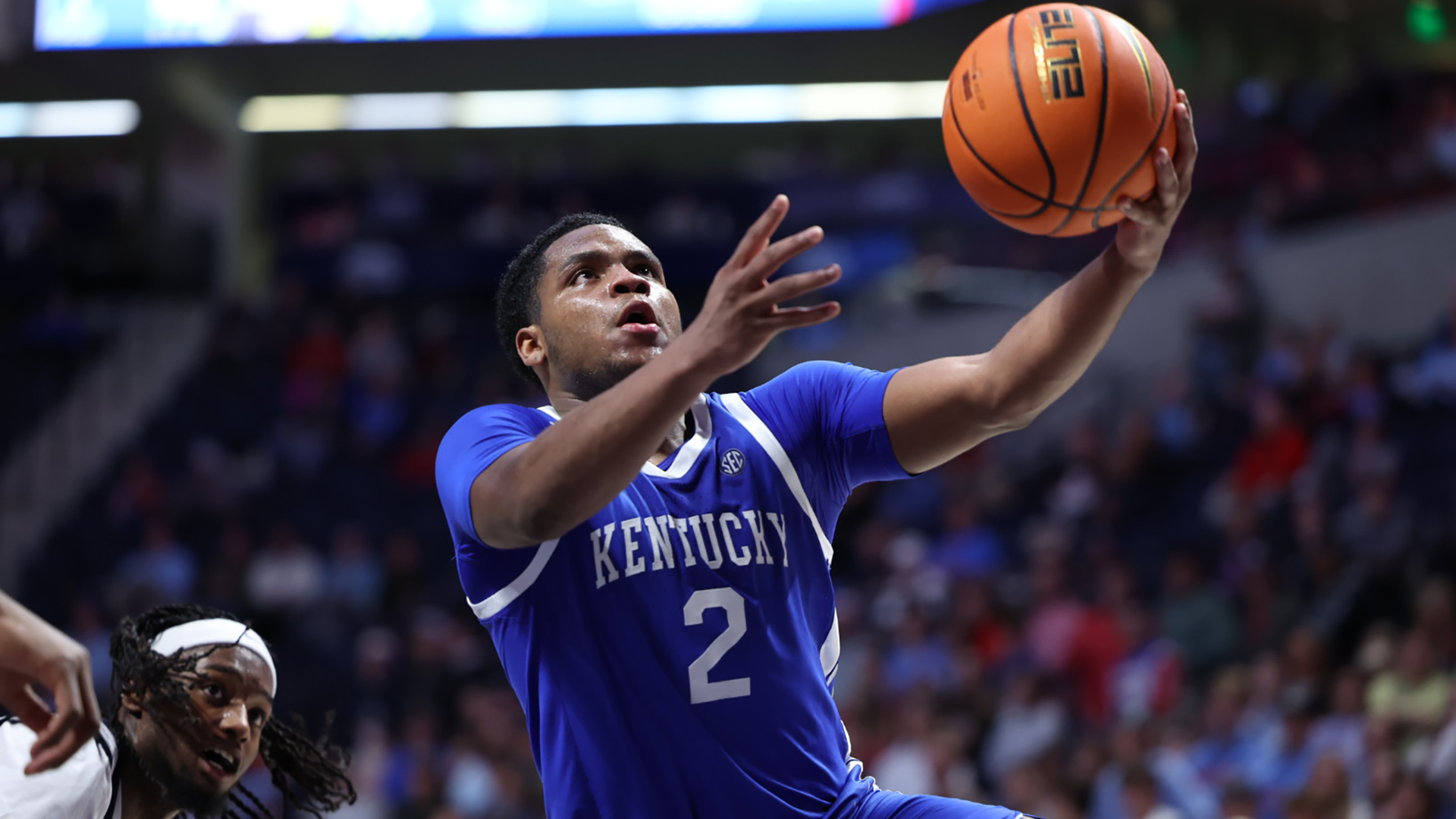