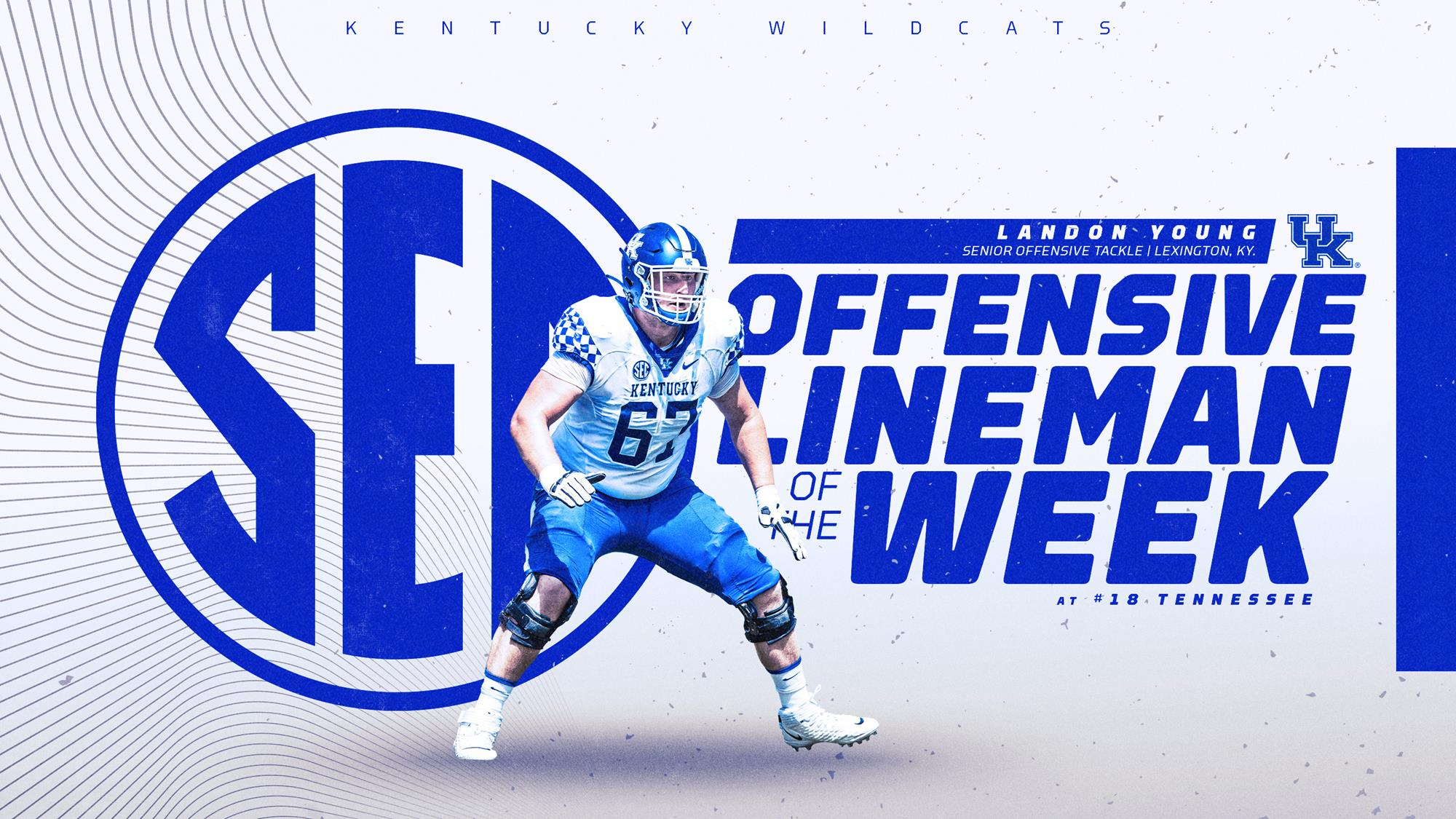 Kentucky senior offensive tackle Landon Young has been named the Southeastern Conference Offensive Lineman of the Week, the league announced today. It marks the second time in his career he has earned the honor.

Young’s performance was a crucial part of the Wildcats’ 34-7 defeat of No. 18/17 Tennessee on Saturday, the first UK victory in Knoxville since 1984. The veteran tackle graded at 90 percent with 10 knockdown blocks as the Cats piled up 187 rushing yards, including 159 in the second half as they took control of the line of scrimmage with a bruising ground game. The 6-foot-7, 321-pounder from Lexington, Kentucky, did not allow any sacks or quarterback pressures and did not miss an assignment or commit a penalty.  He produced 22 blocks at the point of attack, including Chris Rodriguez’ two-yard touchdown run.

After the defense delivered a 10-point halftime lead and a quick three-and-out to open the second half, the “Big Blue Wall” went to work. Anchored by Young, the UK offense scored two touchdowns and a field goal on its first three possessions and then ran out the final 7:19 of the game with another long drive. UK leads the SEC in rushing at 206.0 yards per game.

Young, a team captain, has appeared in 41 career games with 26 starts and was named to preseason All-SEC teams by Athlon Sports, Phil Steele and Pick Six Previews this season. He also is on the Wuerffel Trophy Watch List for his work in the community.

Previously, he was the SEC Co-Offensive Lineman of the Week following the 38-17 win over Eastern Michigan in 2019.

Kentucky returns to the field this Saturday, Oct. 24 at Missouri. Game time is 4 p.m. ET on the SEC Network (TV) and the UK Sports Network (radio).