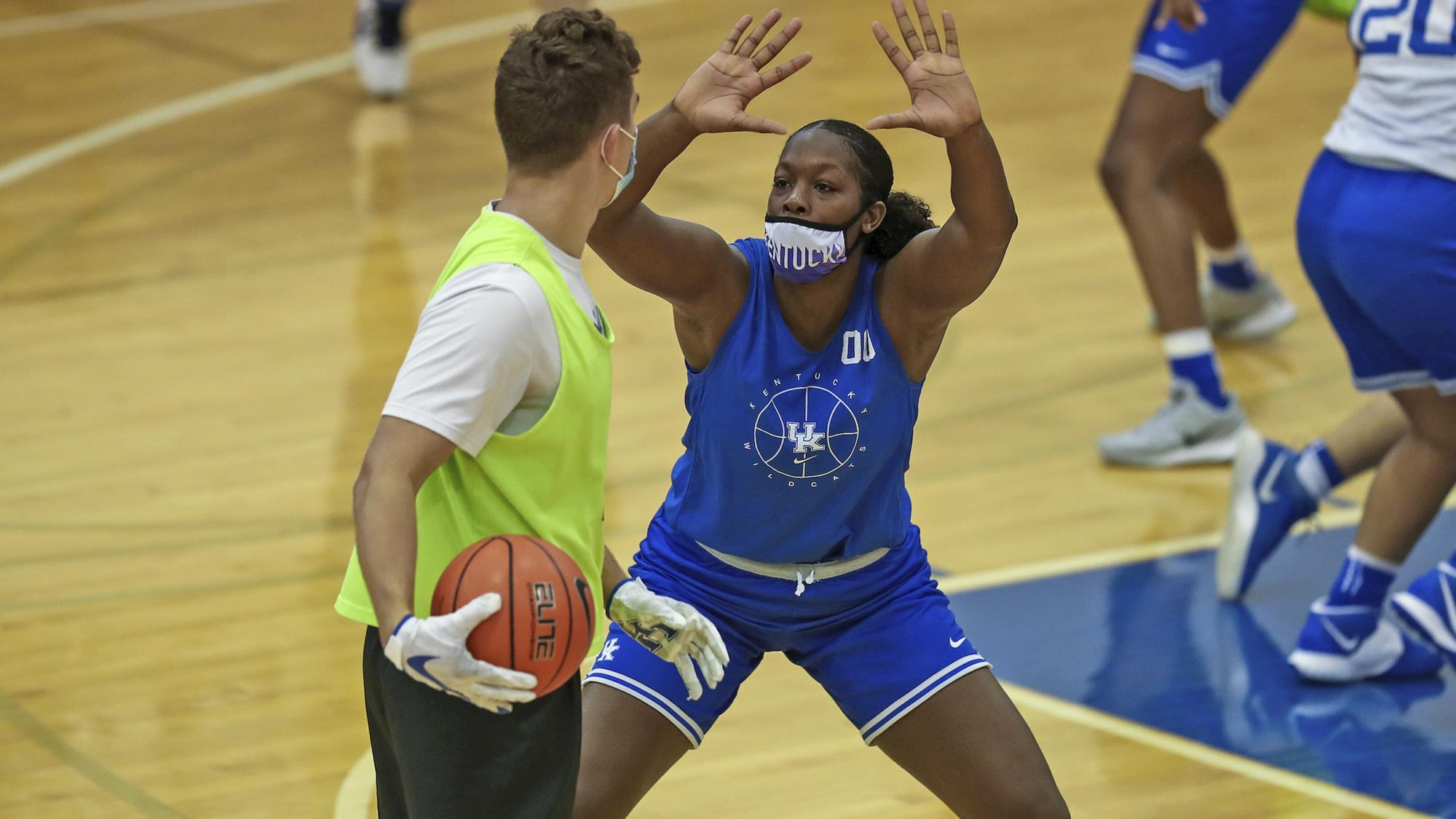 LEXINGTON, Ky. – The NCAA has granted immediate eligibility to University of Kentucky center Olivia Owens, making her eligible to compete for the Wildcats in the 2020-21 season, it was announced Thursday.

Owens, who was a five-star prospect and one of the best centers in the nation coming out of high school in 2018, joined the Kentucky program in June after transferring from Maryland.

“I am so excited for the next chapter and looking forward to playing with my teammates this season,” Owens said. “Let’s go BBN!”

Owens began her collegiate career as one of the best post prospects in the nation, ranking as a five-star recruit by ESPN.com, which also tabbed her the fifth-best post in the 2018 class and 34th-best player overall. All-Star Girls Report ranked the 6-foot-4 post as the No. 26 overall player in the class after she was tabbed a Women’s Basketball Coaches Association High School All-American Honorable Mention and McDonalds All-American Game nominee. A star at Niskayuna High School, Owens was a USA Today All-New York First-Team honoree and was named the team’s MVP her junior season after averaging 20.6 points and 12.3 rebounds. As a senior, Owens became only the second player in school history to score 1,000 career points while she also posted 42 points in a game, which set a conference record.

The native of Albany, N.Y., joins the Wildcats after two seasons at Maryland, where she played in 16 games as a freshman before missing last season due to medical issues. As a freshman, Owens performed well, hitting 55 percent from the field while recording a point in nine games and a rebound in nine games. One of her best outings was in the Big 10 Championship game where she played six minutes and scored four points with four rebounds to lift the Terrapins to the title. She also had three rebounds and scored two points in Maryland’s NCAA First Round win vs. Radford. In her collegiate debut, Owens pulled down six rebounds with a steal and two points vs. Coppin State and followed with four points, three rebounds and a block vs. George Washington.

The Wildcats will return a large portion of their production for 2020-21 even with the departure of five seniors. UK will bring back its top two and five of the top seven scorers from last season while also returning its top two rebounders. Kentucky will also add Owens, 2019 Pac-12 Freshman of the Year Dre’una Edwards and a talented group of newcomers to the roster this season.