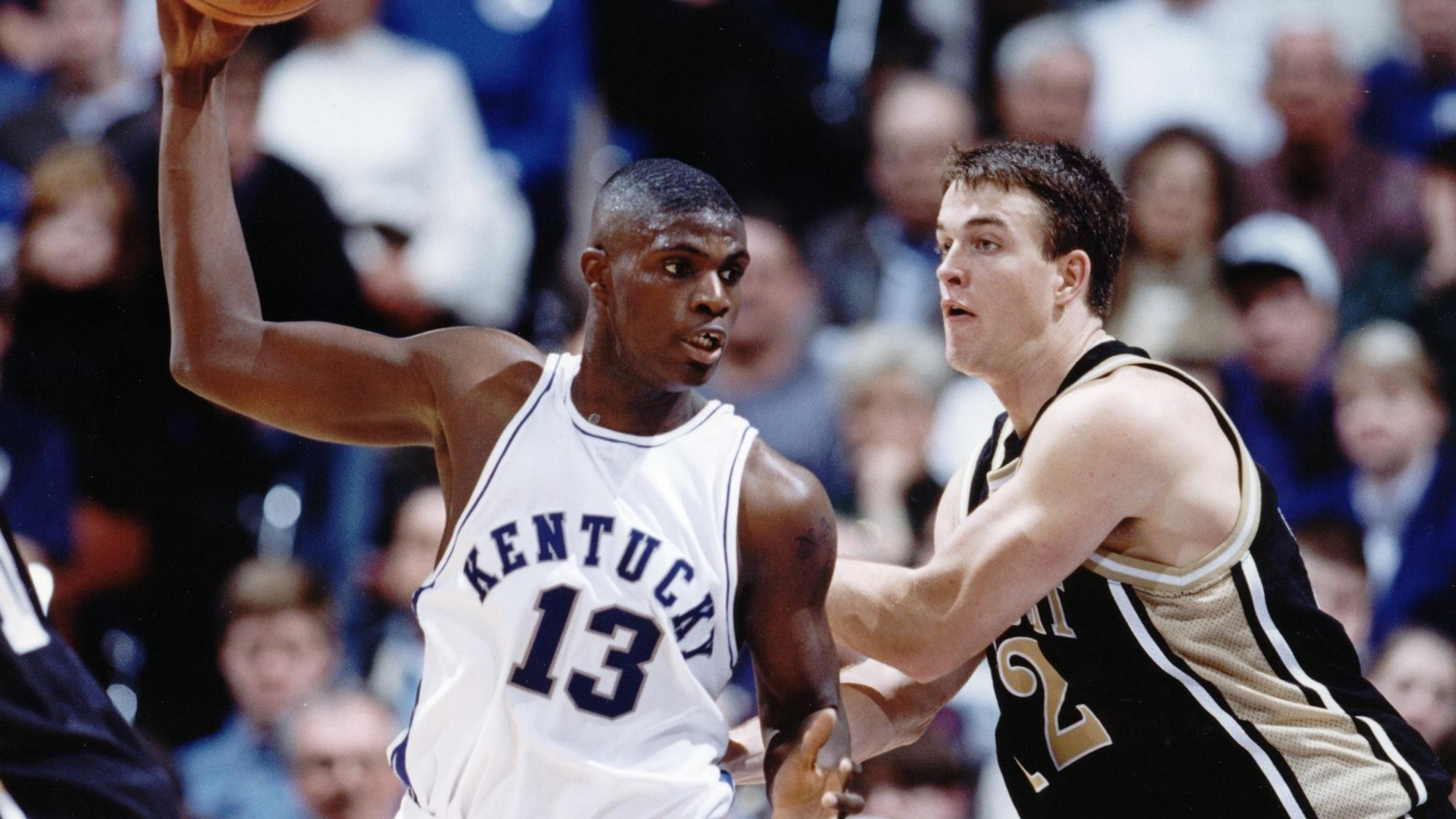 Twenty-five years ago, Nazr Mohammed left Chicago to enroll at the University of Kentucky. Mohammed chased his dreams as a basketball player and a student and embarked on a journey that has seen him succeed at every turn.

First came a pair of national championships and All-Southeastern Conference honors during three years as a Wildcat. Next, Mohammed left UK to become a first-round pick to begin an 18-year professional career that included an NBA championship run with San Antonio. And after his retirement in 2016, Mohammed moved into a front-office career with the Oklahoma City Thunder that has him on track to one day become an NBA general manager. Along the way, Mohammed became a husband and father and founded the Nazr Mohammed Foundation to give back to his hometown.

But as accomplished as Mohammed was, something always ate at him: He had never gotten his college degree.

“I can’t lie,” Mohammed said. “The perception of athletes, especially guys who leave early, of not really caring about education isn’t indicative of the kind of person I am or of how I feel about education.” 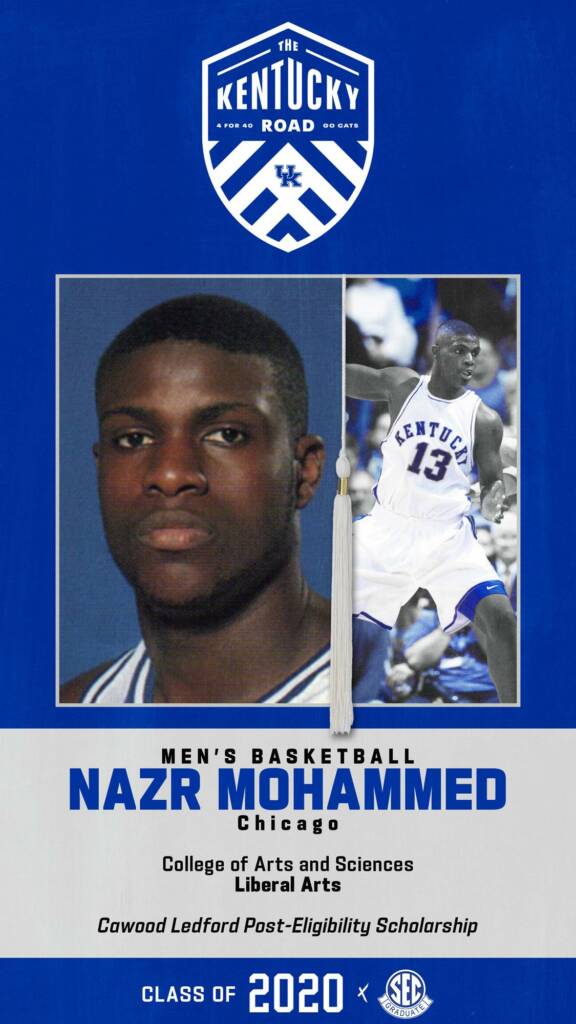 d had always been a good student and was just 18 credit hours away from graduating when he left after his junior season in 1998. He returned the next two summers to take classes, but his schedule became busier with each passing year.

“Life got in the way,” Mohammed said.

Mohammed’s three children – two daughters and a son – are a big part of that life, but they also helped inspire his ultimate return to school.

“It’s very important in our household with children and me preaching to the kids about going to college and getting good grades and accepting nothing but A’s and an occasional B from them but not walking the walk myself was something that motivated me even more to kind of show the kids that, hey, not only am I saying these things,” Mohammed said. “These are things I expect of myself too.”

Now, after completing his coursework online, Mohammed is set to graduate with a degree in liberal arts and officially become an alumnus of the University of Kentucky. He’ll have to wait for commencement to be rescheduled to live out one part of that dream due to COVID-19, but Mohammed doesn’t need a ceremony to swell with pride at his achievement.

“To be able to say that I’m 100% part of that tradition, not only as an athlete but as a student,” Mohammed said. “I was looking forward to having a chance to cross the stage and shake hands with (President Eli Capilouto) at the Commencement, but I understand the times that we’re in right now.”

His journey to joining that club wasn’t always easy; life, after all, didn’t stop when he enrolled in online classes.

“It was a lot on my plate,” Mohammed said. “Working for the Oklahoma City Thunder, family, travel, trying to balance school. But everyone at UK was just amazing, from my counselors to the registrar, devising a plan to help me finish up. It was hard work, a lot of reading, more reading than I’ve done in the last 20 years, but it was definitely fulfilling.”

After a difficult first couple weeks, Mohammed said he ended up being an even better student the second time around.

“Once I got into the swing of things, it was like riding a bike,” Mohammed said.

Mohammed has a long list of people to thank ahead of his impending graduation. His wife for sacrificing at home. Oklahoma City GM Sam Presti, his mentor, and the entire Thunder front office for accommodating his studies. Katie Eiserman, a classmate at UK and now associate athletics director for development, for inspiring him to go back. Aaron Vaught and Lesley Cash in the registrar’s office. Barb Deniston from UK Athletics’ Center for Academic and Tutorial Services.

All those people have helped put a bow on Mohammed’s education at UK, which began 25 years ago. The diploma that will soon grace his office wall will certainly be a point of pride, but Mohammed has been reaping the benefits of that education – as a student, as an athlete, as a person – for more than half his life now.

“Our schedules back then were unbelievable,” Mohammed said. “We woke up pretty much 6:30, 7 o’clock and you didn’t get back to your room until about 10 with individual instruction, weight training, with practice, with tutors, with class. So your day was just packed with responsibilities.

“You had to try to find a way to fit meals in we were so busy, but it prepared you for life. It prepared you for the pros. In all honesty, when I got to the NBA it was easier after what I experienced at Kentucky. It really prepared me to be successful in any avenue or any direction I went.”

Mohammed has long been on the path to success. Now, he’ll continue along that path with a new title to his name to go along with those NCAA and NBA championships.

Graduate of the University of Kentucky.