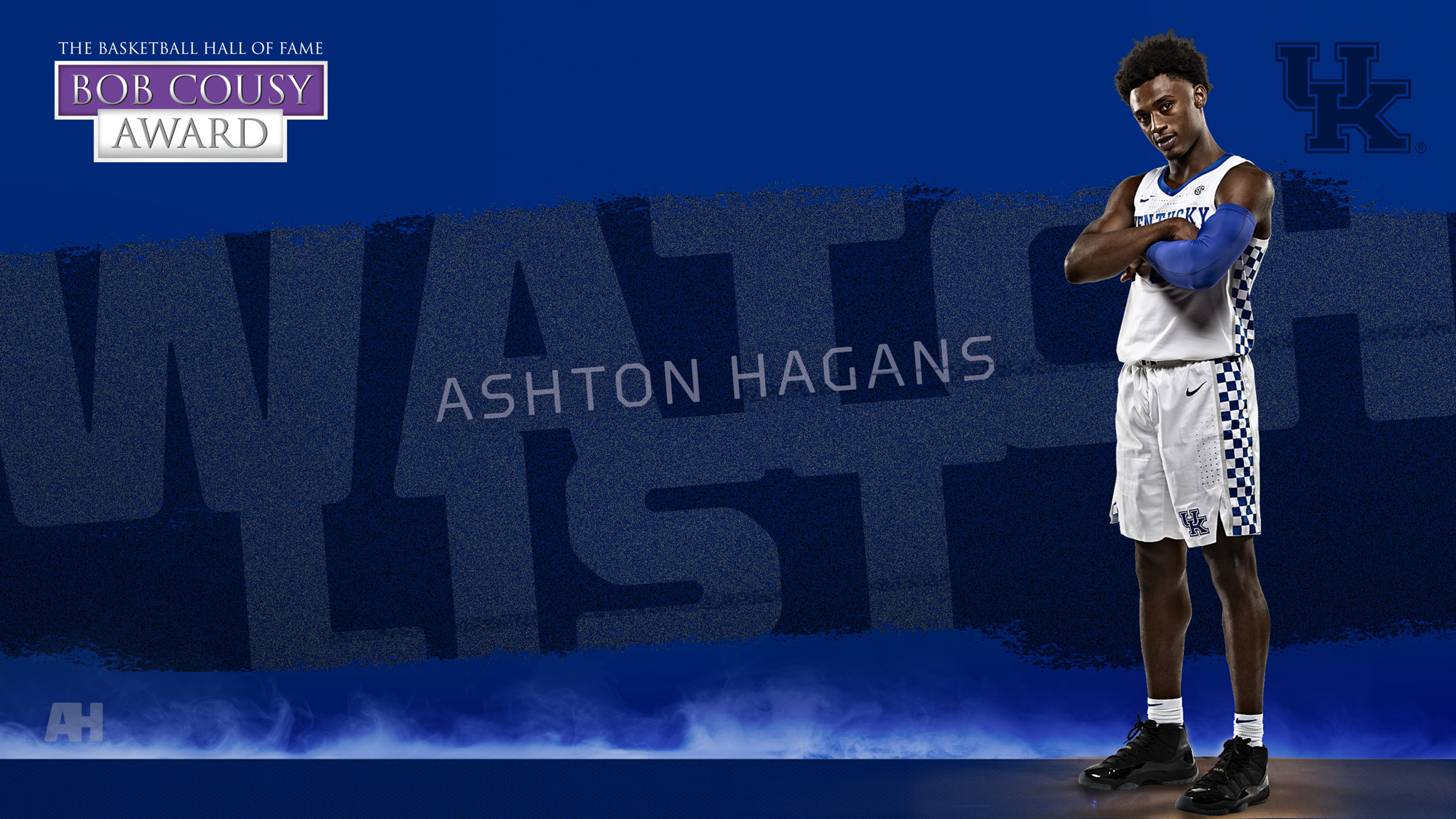 Hagans is one of 11 underclassmen on the preseason list and one of three Southeastern Conference nominations. Also included were Florida’s Andrew Nembhard and Tennessee’s Lamonte’ Turner.

Named after Naismith Memorial Basketball Hall of Famer Bob Cousy, this year’s award will be presented at the ESPN College Basketball Awards Show in April. The Wildcats’ Tyler Ulis won the award in 2016 after setting the UK single-season assist record with 246 dimes during his sophomore campaign. He is the only Wildcat to win the award.

Hagans shared the 2019 SEC Defensive Player of the Year award after inducing 61 steals during his freshman campaign and is considered one of the best on-ball defenders in college basketball. He is also UK’s leading returning scorer at 7.7 points per game. The 6-foot-3 guard was a two-time SEC Freshman of the Week award winner, was named to The Athletic’s All-Glue Team and was a Naismith National Defensive Player of the Year semifinalist.

He started in 30 of 37 games a season ago and tied Shai Gilgeous-Alexander for the third-most steals in program history. Included in that was a UK single-game record of eight swipes in a win over North Carolina in December, which matched Rajon Rondo and Wayne Turner’s output. He also dished out 160 assists on the season, ranked the fifth-most by a UK freshman in school history. That mark includes an SEC Tournament-record 12 assists in the semifinals against Tennessee.