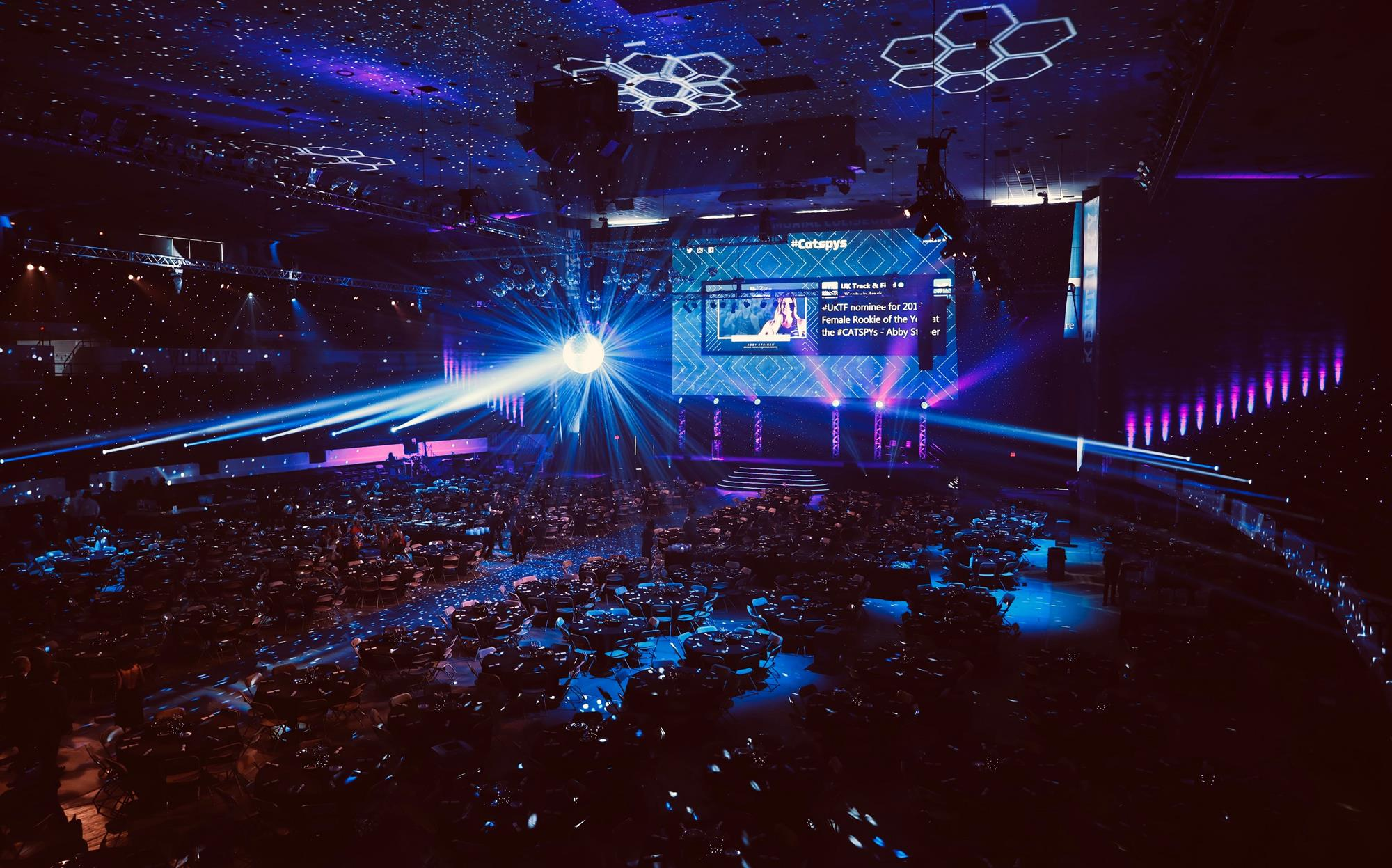 LEXINGTON, Ky. –The 17th annual CATSPY Awards were held Monday in Memorial Coliseum to recognize athletic and academic performances during the 2018-19 year in the UK Athletics Department. With co-winners in some categories, 44 individuals were recognized as well as multiple teams.

Headlining the awards this year’s Elite Team Award were the football, men’s soccer, women’s track and field, and volleyball squads.

The football team knocked down historic barriers en route to a 10-win season and a VRBO Citrus Bowl victory over Penn State on New Year’s Day. The men’s soccer team came within a win of the program’s first College Cup berth in school history after sweeping the Conference USA regular-season and tournament titles. Women’s track and field captured individual national championships and finished on the podium for the third time in four seasons. And, the volleyball team, highlighted by an undefeated league run and a 23-match winning streak, won the Southeastern Conference regular-season championship for the second straight season.

The Mr. and Miss Wildcat awards – dedicated in honor of the late Bruno Agostinelli, a UK men’s tennis All-American and past Mr. Wildcat winner – went to C.J. Conrad (football), Katie Reed (softball) and Asia Seidt (women’s swimming and diving). The Mr. And Miss Wildcat honors are presented to Wildcats who have represented all-around excellence in athletics, academics, character and service during their Kentucky careers.

Conrad, who caught 80 career passes with 12 touchdowns, was one of the pillars behind UK football’s uprising that saw the Wildcats climb as high as No. 9 in the College Football Playoff rankings. Reed is the third softball All-American in school history, the 2018 SEC Softball Scholar-Athlete of the Year and led UK to two Super Regional appearances in her career. Seidt is an eight-time NCAA First Team All-American, the most of any swimmer in UK history (male or female), a four-time SEC champion, the 2019 Arthur Ashe Sports Scholar of the Year, and the 2019 SEC Scholar-Athlete of the Year.

A new honor was bestowed upon a group of Wildcats this year: the Legacy Award. The Legacy Award honors student-athletes who have made significant contributions to their team and the athletics department over the course of their careers. Twenty-two Wildcats took home the new hardware. A full list of those honorees are below.

Men’s golf and women’s swimming and diving were tabbed the Academic Teams of the Year. Blake Best and Miles Butler from football and Marshall Gei from baseball were named the Male Scholar Athletes of the Year, and softball’s Reed won Female Scholar Athlete of the Year. Best, Butler and Reed earned CoSIDA Academic All-America honors in 2018. Gei was a 2018 Arthur Ashe Jr. Sports Scholars Team member.

Josh Paschal (football) took his fight with cancer head on and returned to the gridiron less than four months after being diagnosed with a malignant melanoma on the bottom of his right foot. He was deservedly awarded the Heart of a Wildcat honor.