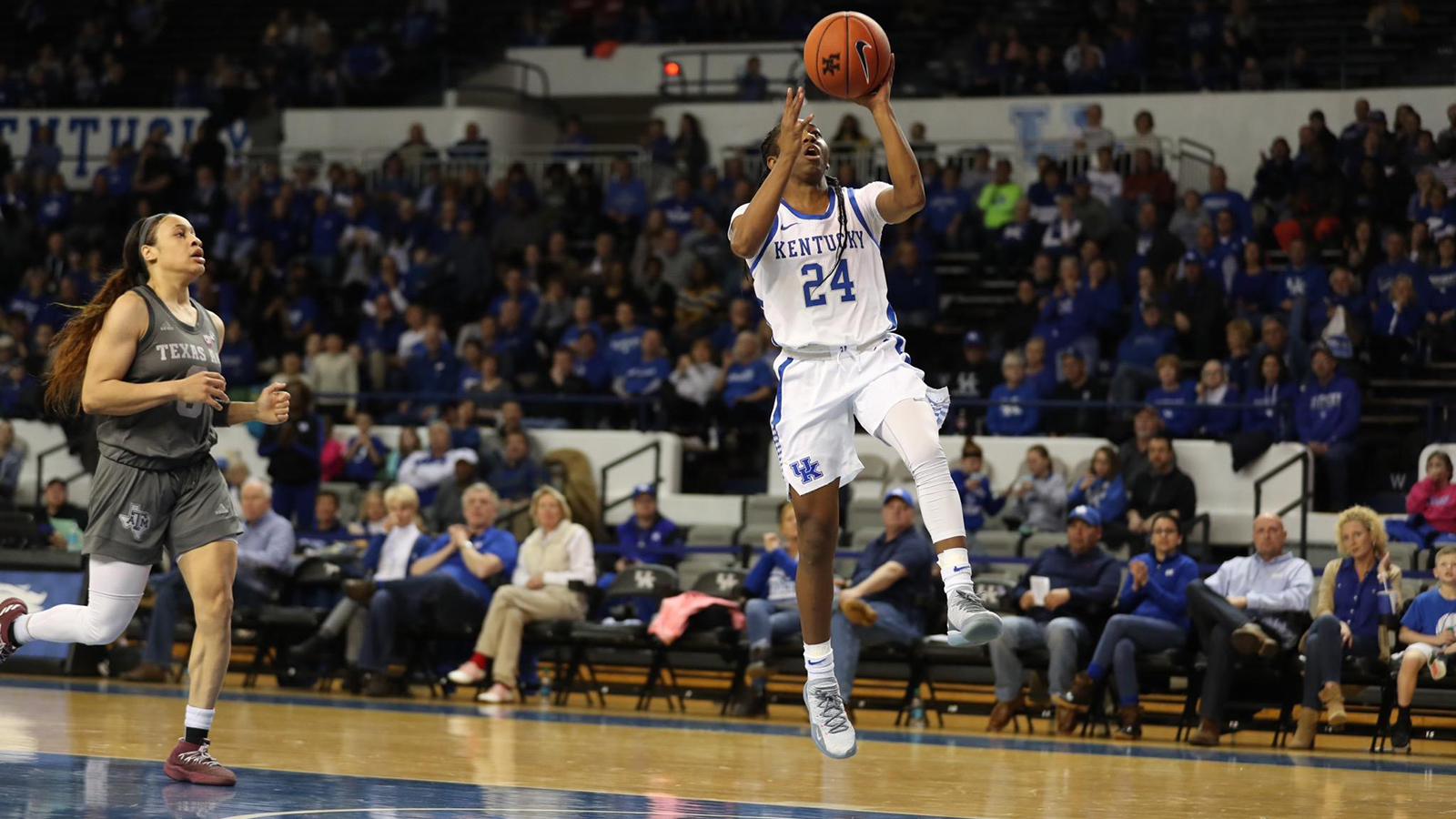 LEXINGTON, Ky. – Maci Morris scored 11 points, all in the second half, but it was not enough as the 11th-ranked Kentucky women’s basketball team fell to No. 19 Texas A&M 62-55 on Thursday night at Memorial Coliseum.

Tatyana Wyatt was the only other Kentucky player in double figures, scoring 10 for the Cats. Taylor Murray had nine points and five assists, while Rhyne Howard was held to just seven points in the game.

Early in the second period, A&M extended its lead to 22-7 before Kentucky assembled a run. Behind five points from Howard, the Cats scored 12 straight to cut the lead to 22-19 with 4:10 remaining in the half. Kentucky’s run would ultimately be 18-3, and the Cats would take their first lead, 26-25, with 1:24 to play in the half. Late in the half, A&M would re-take the lead, 28-26, and that would be the halftime score. Amanda Paschal and Wyatt each had six points to lead Kentucky.

In the third period, Kentucky tied the game at 28 apiece on a pair of free throws by Morris. After Carter hit a three-pointer to give the Aggies a 31-28 lead, Morris made her first basket of the game, a three-pointer from the left wing, to tie the game at 31-31. The game would be tied again at 33, 35, 37 and 39 before Kentucky took a 41-40 lead on a jumper by Jaida Roper. But the lead would be short-lived, as the Aggies scored the next nine points to lead 49-41 with 1:29 left in the third period. A&M would hold a 51-44 lead after three periods.

Texas A&M got 24 points from Carter, the SEC’s leading scorer.

Kentucky returns to action on Sunday, visiting Georgia in the regular season finale for both teams. Tipoff is set for 1 p.m. ET and the game can be seen on the SEC Network.