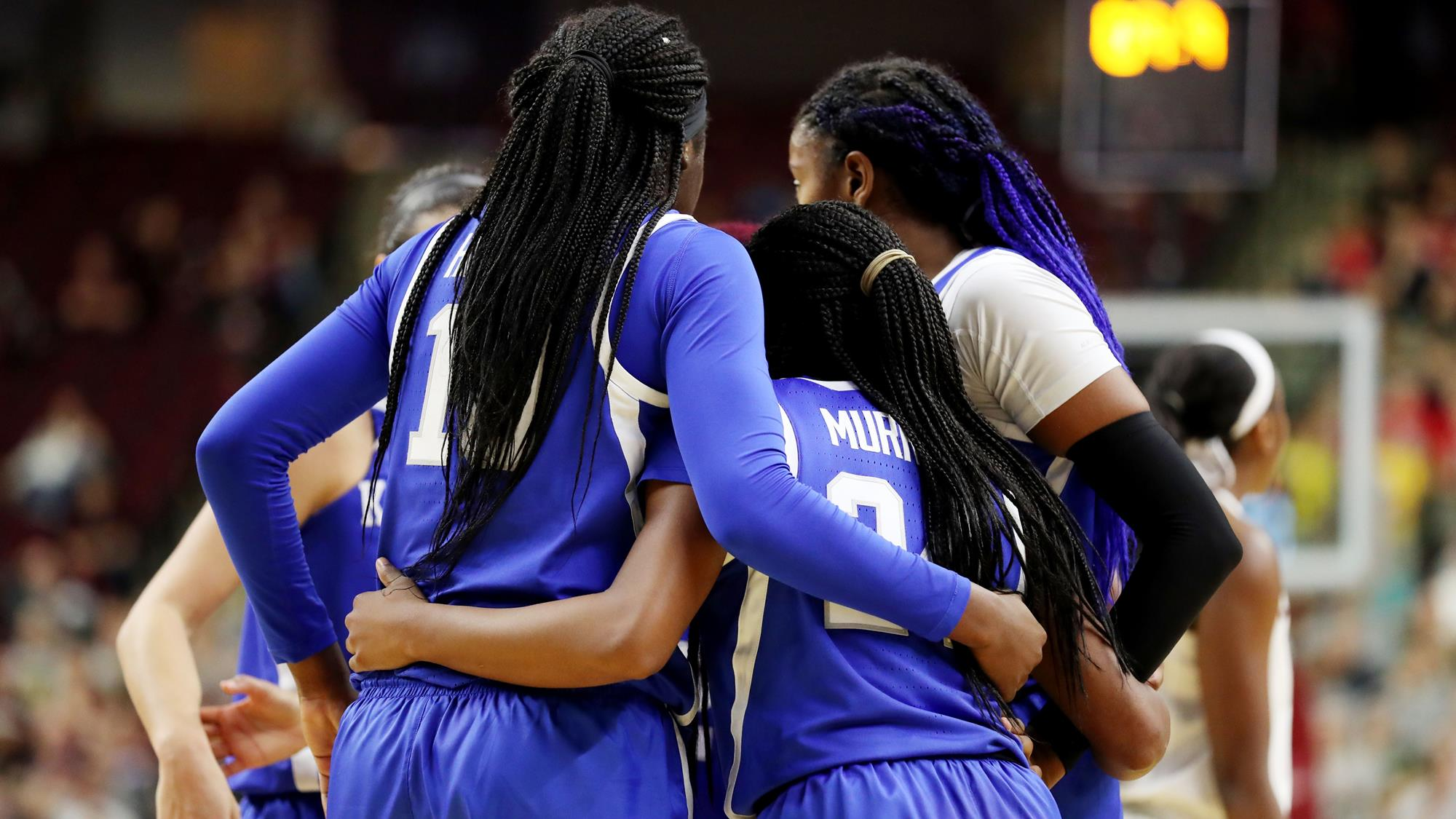 The stakes become higher with each win. That’s just how things are this time of year.

Kentucky, by winning six straight, has played its way into position for a double bye in the SEC Tournament, not to mention contention for the right to host the first two rounds of the NCAA Tournament.

Matthew Mitchell and the Wildcats might not be thinking about the latter just yet, but the former is certainly on their minds. Particularly as the team currently tied with them for third place in the league – Texas A&M – coming to town.

“Well, I think the team is interested in what their good work has gotten them,” Mitchell said. “It is a good opportunity to lock up a top-four spot, so we’re aware of that.”

The winner of Thursday’s game – which tips at 7 p.m. at Memorial Coliseum – will clinch the No. 3 seed in the aforementioned SEC Tournament. Mitchell doesn’t anticipate the black-and-white nature of the stakes to have any kind of negative impact on his team. In fact, he expects the opposite.

“Tomorrow night is a big game as far as getting a top-four seed in next week’s tournament,” Mitchell said. “That’s clearly advantageous to you. So, they understand that and I think it’ll be a positive for us. I don’t think it’ll add any pressure or take any edge off either way. I think they will be excited to play.”

“With this group, they’re so competitive, so probably the loss to Texas A&M last time factors more, and the improvement that we can show that we’ve made in a month with a win here tomorrow night, that probably is more motivation than anything else,” Mitchell said. “So, I think we’re in a good spot there and I believe we’ll come out and play real hard (Thursday) night.”

The fight UK showed in the final minutes was impressive, foreshadowing the way the Cats have played in their February win streak. They will need more of it against the Aggies.

“Well, we did not play at the tip top of our capabilities from an effort standpoint defensively throughout the game,” Mitchell said. “We had some great moments in the game and we made some good plays in the game, but the consistency wasn’t what we needed and what we’ve had in our quality wins this year. So, that needs to improve.”

No matter how well UK plays, it’s not likely to be easy against an A&M squad that has lost just twice since opening league play with a pair of losses. High-scoring guard Chennedy Carter leads the Aggies and the SEC at 22.3 points per game and talent surrounds her.

“They are playing terrific basketball,” Mitchell said. “They are very, very tough. They have earned the right to be one of the top teams in the conference because they have played dynamite this year. So, we just need to put together a really complete game – great effort, great energy, great attitude (Thursday) night because this will be a tough one.”

That won’t be the last such game UK faces this season. Mitchell and the Cats wouldn’t have it any other way.