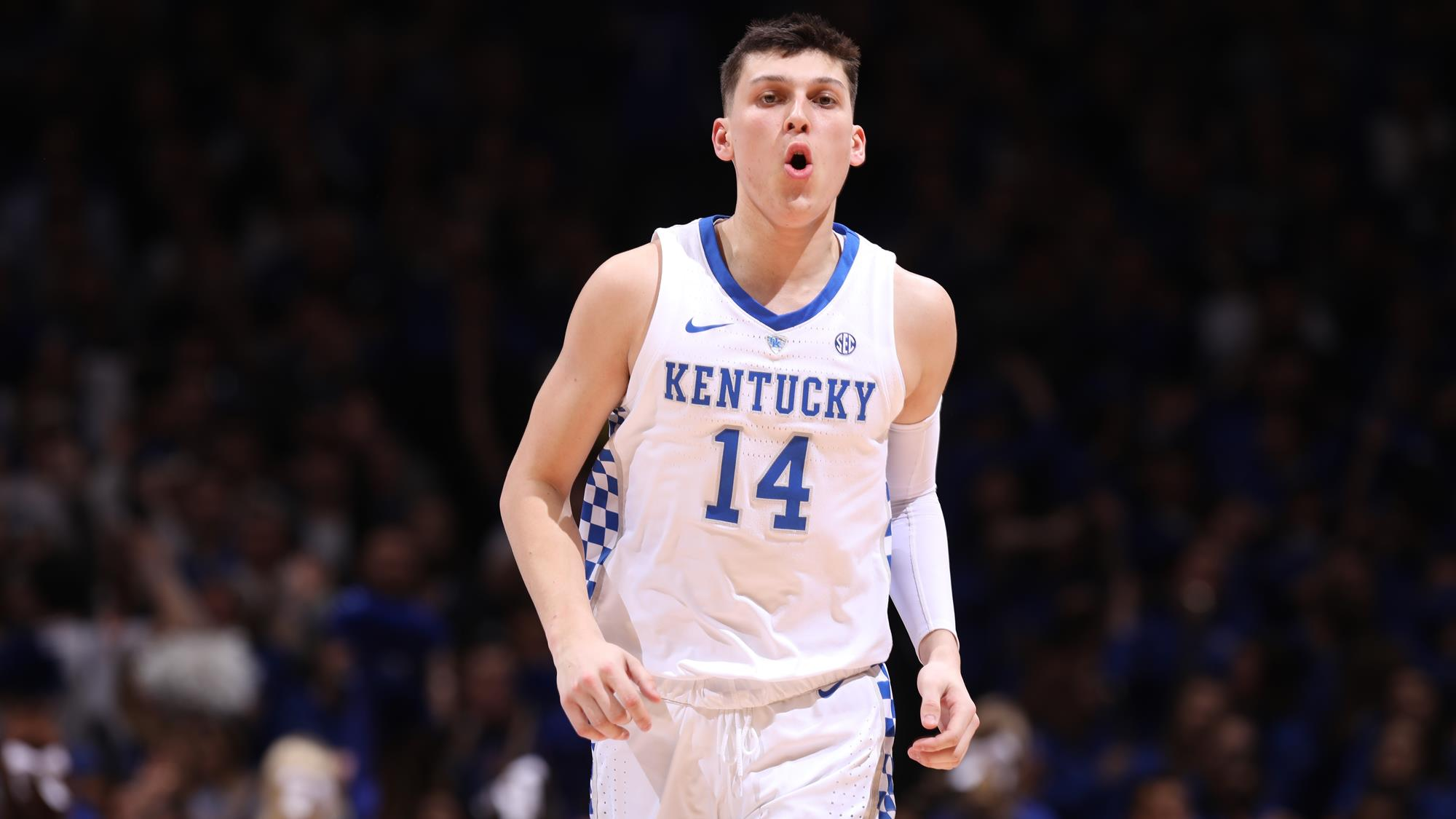 Late in Kentucky’s comeback win over Arkansas, Herro stepped to the line to shoot a pair of crucial free throws. Knowing Herro could up UK’s lead to three with just five seconds to go, Arkansas’ Mason Jones figured he’d take a pass at convincing Herro to hook him up with a miss.

Herro wasn’t interested and let Jones know it, SEC Network cameras catching it all. It wasn’t until after the game that Herro settled the debate over what exactly he had said.

In reality, it didn’t matter much what Herro said. The confidence that prompted it was everything.

“That’s Tyler Herro for you,” Nick Richards said. “That’s all I gotta say.”

“He made baskets when things broke down,” John Calipari said.

Herro wasn’t perfect Tuesday night at Rupp Arena, but he was about as close as you’re going to get on a basketball court. In scoring a career-high 29 points, Herro made 9-of-10 field goals – including 5-of-6 3-pointers – and a perfect 6 of 6 from the line. That included both those made free throws in the final seconds.

“I just feel like it’s going to go in every time I shoot a free throw,” Herro said.

“Put it like this,” said Richards, who had seven points, 15 rebounds and three blocks. “Sometimes Coach tells us to box out when Tyler’s at the line. Sometimes I don’t. I just feel like it’s going to go in, so I just walk back the other way.”

The feeling’s not limited to players with Kentucky across their chests. In fact, probably aware that Herro is shooting 93.2 percent from the line on the season and has made 52 of his last 53 from the stripe, the player who prompted the “I’m a bucket” retort even admitted to assuming the shots were going in.

“He said he knew I was going to make them,” Herro said.

Of course, Coach Cal was able to find a wart or two in Herro’s game. His defense in the first half left something to be desired as Isaiah Joe exploded for three 3s in the first seven minutes and 16 points before halftime.

Herro and the Cats picked it up in the second half, allowing the Razorbacks to hit just one 3 over the final 13 minutes and forcing them into 31-percent second-half shooting.

“We’re so close as a unit,” Herro said. “We always just have fight in us and as a group we came together in the second half. Everybody made plays for each other and played defense.”

Along those same lines, Herro stepped up on offense with Arkansas focusing its defense on PJ Washington. The strategy was understandable, considering Washington had scored 20-plus points in eight of his last 10 games, and reasonably effective, as the Razorbacks held him to nine points and built a lead. It’s just that Herro and the Cats were able to overcome it to win for the 14th time in 15 tries.

“That’s the good thing about us,” Herro said. “Whenever someone—like PJ, they were shutting him down or trying to make someone else beat them. I think we have enough weapons to do that.”

Herro was the biggest weapon of them all, scoring 17 points after halftime in spite of tweaking his Achilles tendon on the final play of the first half. He briefly thought he might not play after halftime, but instead was on the floor for 19 minutes and didn’t miss a shot.

“I wouldn’t say it’s the best of him,” Richards said. “I would probably say that it’s something that’s going to be developing in the future.”

You might think something happened to make Herro extra confident heading into Tuesday’s game, but you’d be wrong. That swagger that led him to basically guarantee those free throws would fall? It’s always there.

“I feel the same way going into every game,” Herro said. “My shots were just falling tonight.”