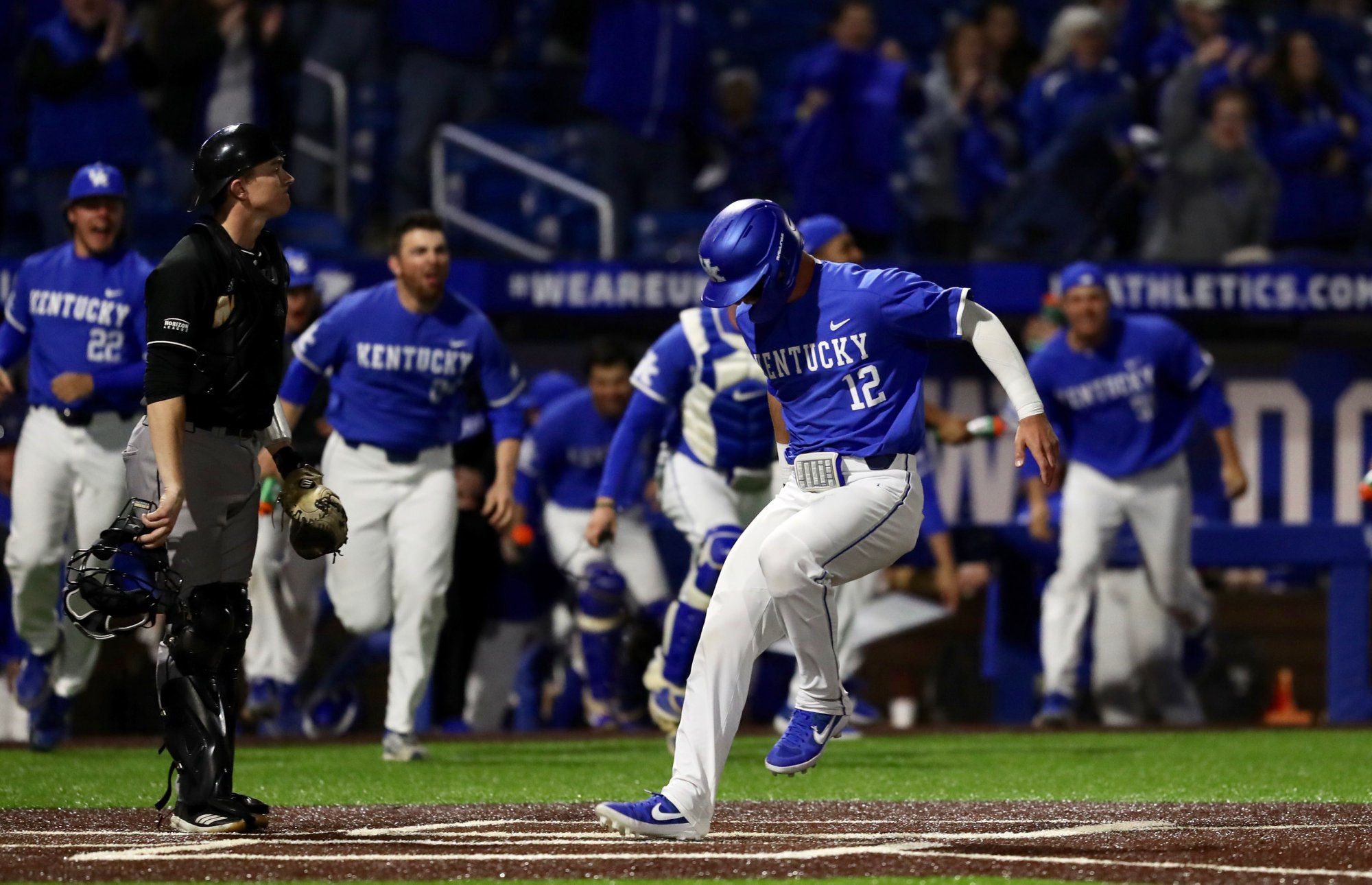 LEXINGTON, Ky. – Dalton Reed ripped a single back up the middle to score Ryan Shinn and complete a four-run ninth inning rally as Kentucky posted its first walk-off win of the season with a 5-4 decision over Northern Kentucky at Kentucky Proud Park.

Trailing 4-1 entering the final at bat, the Wildcats (5-3) notched their third walk-off victory under head coach Nick Mingione and their first since defeating No. 9 Auburn on March 23, 2018. Coincidentally, the score in that victory also was 5-4 although the winning run came on a wild pitch after Luke Heyer homered to tie the game earlier in the inning. The Cats’ last walk-off hit came from Dorian Hairston, who homered in the 12th inning to defeat No. 2 South Carolina on May 8, 2016.

A junior college transfer from Roff, Oklahoma, Reed arrived at UK with All-American credentials and homered on the first pitch he saw with the Wildcats in the season opener but acknowledged his game-winner meant a little more.

The ninth inning began with Marshall Gei’s single, his career-high third hit of the game. After Zeke Lewis and Breydon Daniel singled with one out to bring home a run and slash the deficit to two, Shinn walked to load the bases. T.J. Collett fell behind 0-2 before bouncing a single in the hole vacated by the shortstop as the Norse played a shift to the right side, scoring two and tying the game. Reed followed with his game-winner.

Freshman right-hander Alex Degen pitched two scoreless innings to pick up the win but it was sophomore left-hander Mason Hazelwood who stole the show on the mound. Making his first collegiate start, Hazelwood retired the first 16 batters he faced and allowed only a single baserunner in 6.0 innings, striking out a career-high 11 batters.


ON DECK
The Cats returns to Kentucky Proud Park on Friday to open a three-game weekend series with Canisius. First pitch is scheduled for 4 p.m. ET and will be aired on SEC Network Plus. Audio coverage can be found via UKathletics.com.