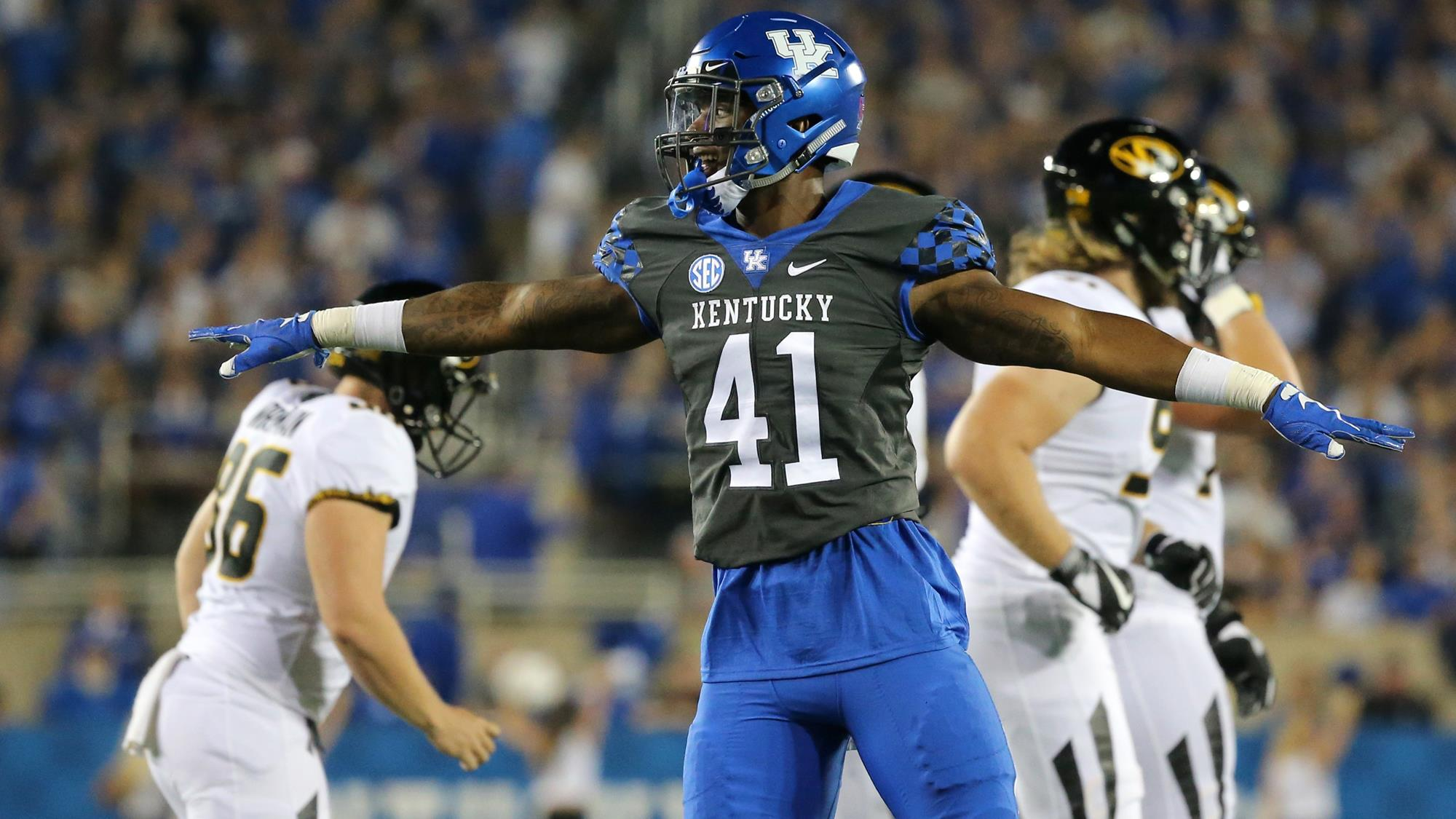 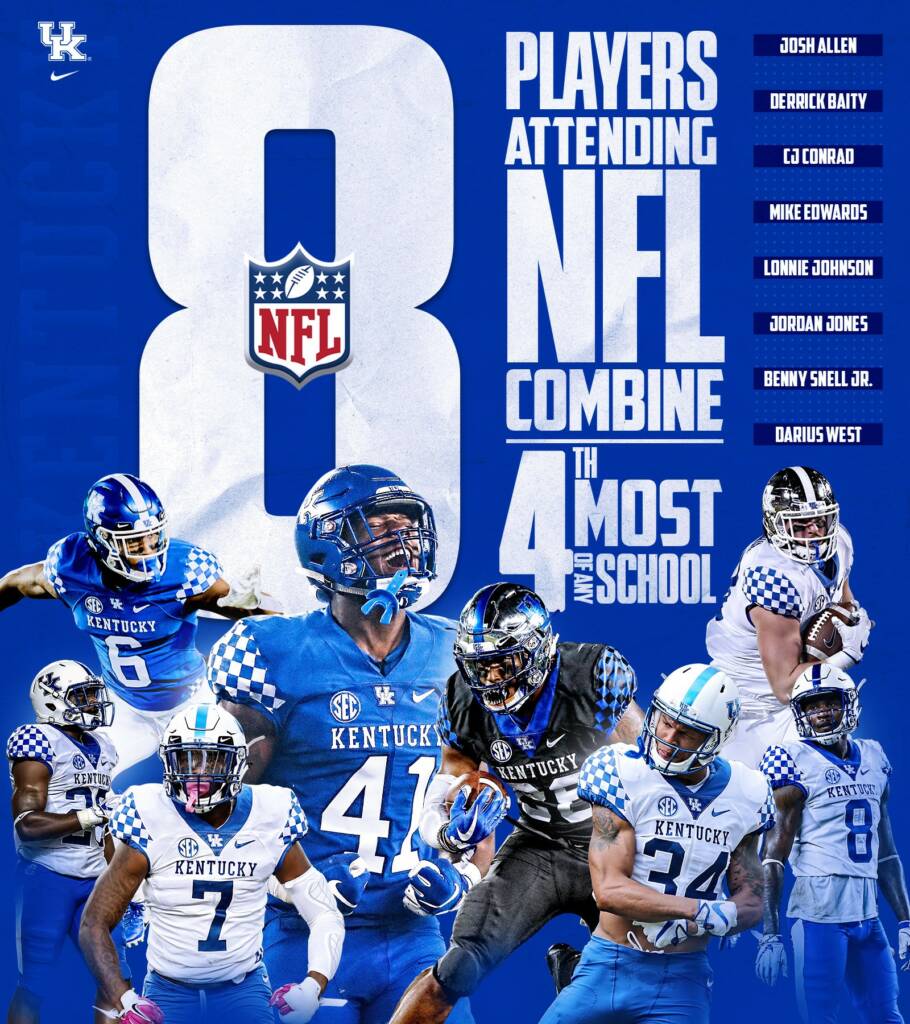 LEXINGTON, Ky. – Eight Wildcats are set to participate in the 2019 NFL Scouting Combine this weekend in Indianapolis.

Kentucky’s eight representatives are the most in school history and tied for the fourth-most among Southeastern Conference teams behind Alabama (11), Georgia (9) and Ole Miss (9).

Snell will be the first former Wildcat on the field Friday at 1 p.m. ET, followed by Conrad on Saturday at 10 a.m. ET. Allen and Jones perform Sunday at 12:30 p.m. ET, while Baity, Edwards, Johnson and West wrap up the Combine on Monday at 9 a.m. ET.

UK Athletics will be on site at Lucas Oil Stadium in Indianapolis to document the workouts at the NFL Scouting Combine. Follow @ukfootball on Twitter, @ukfootball on Instagram and Facebook.com/KentuckyFootball for updates throughout the event.

Fans may also follow the action live March 1-4 on the NFL Network. 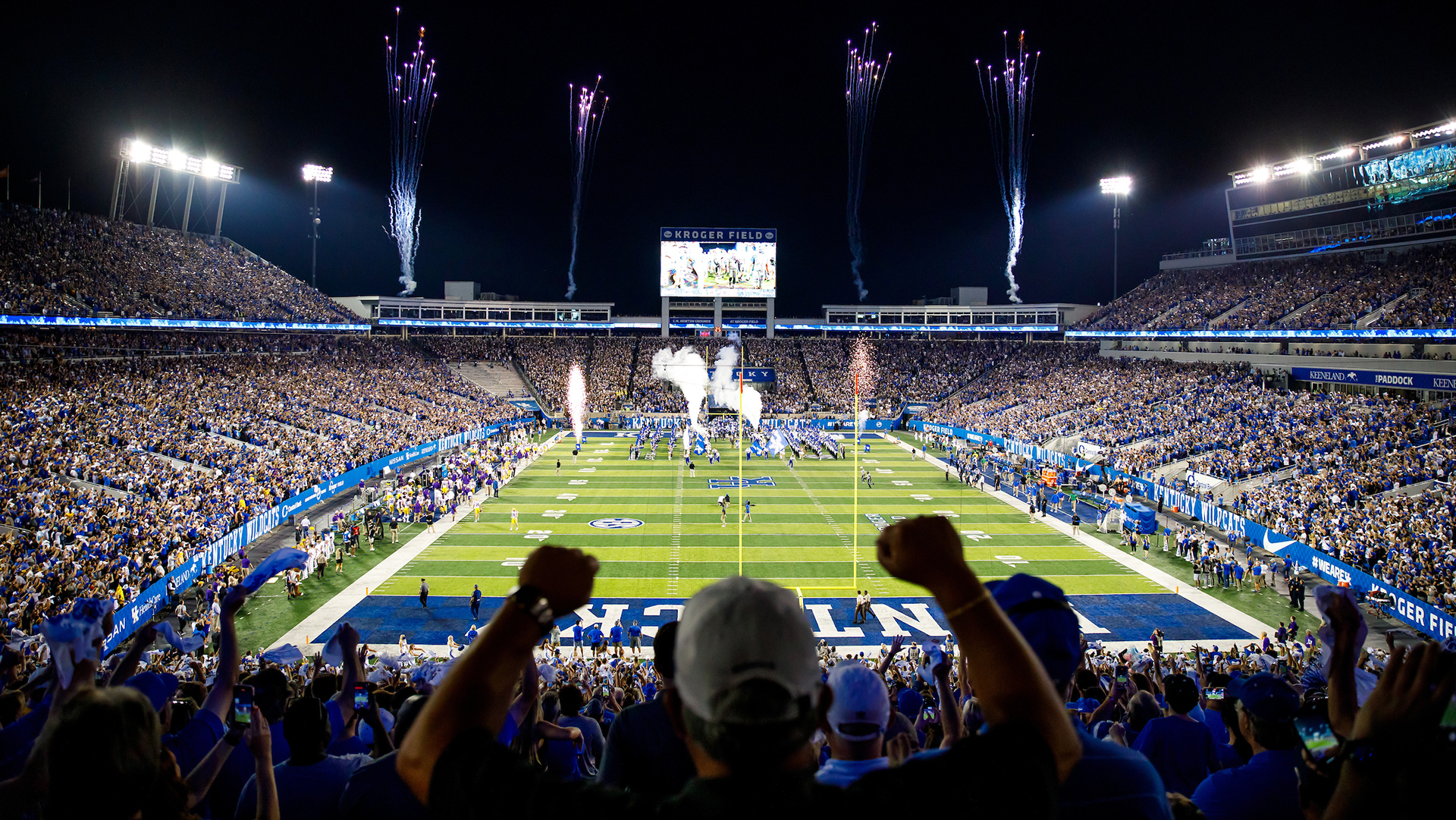 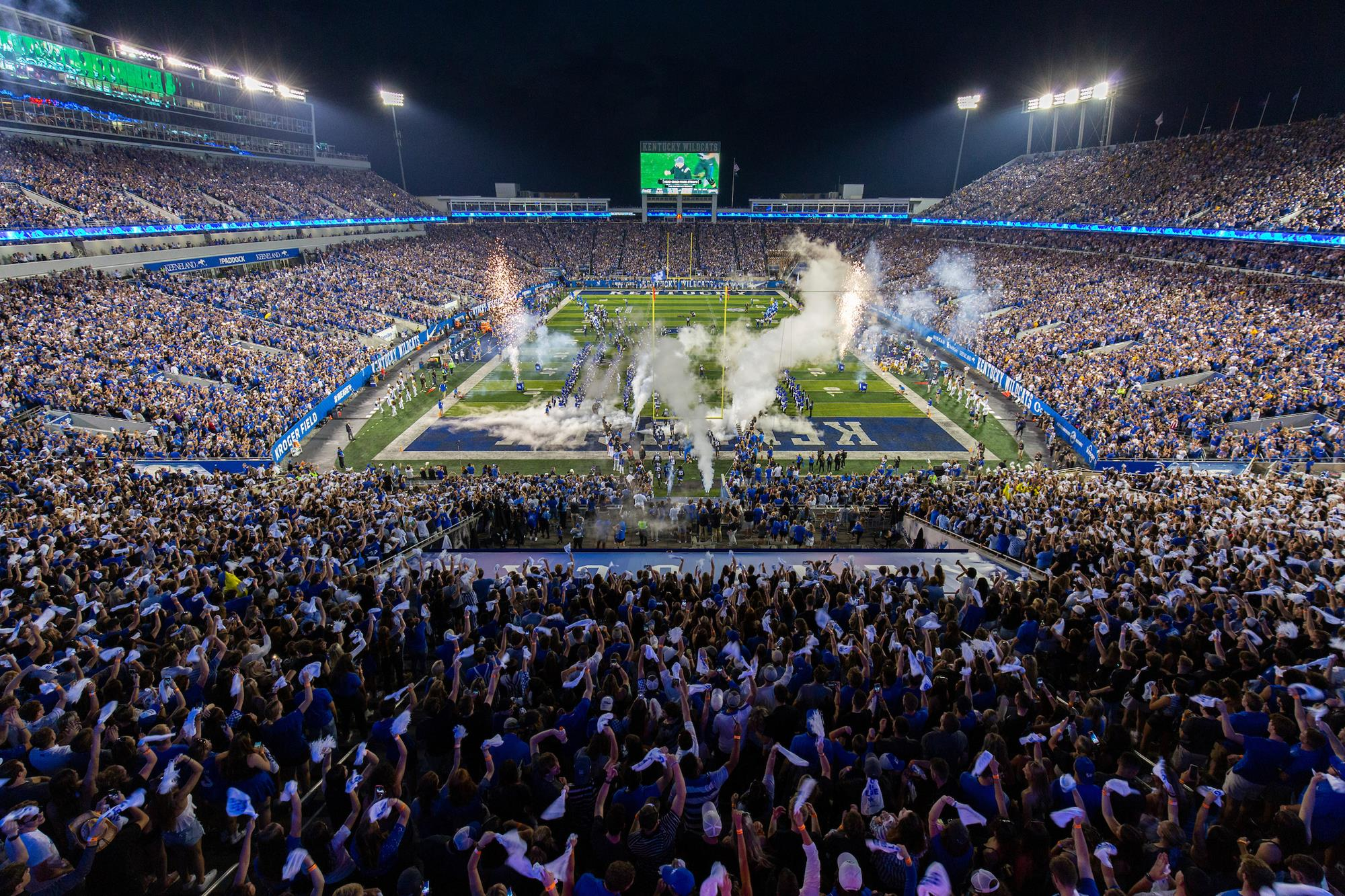