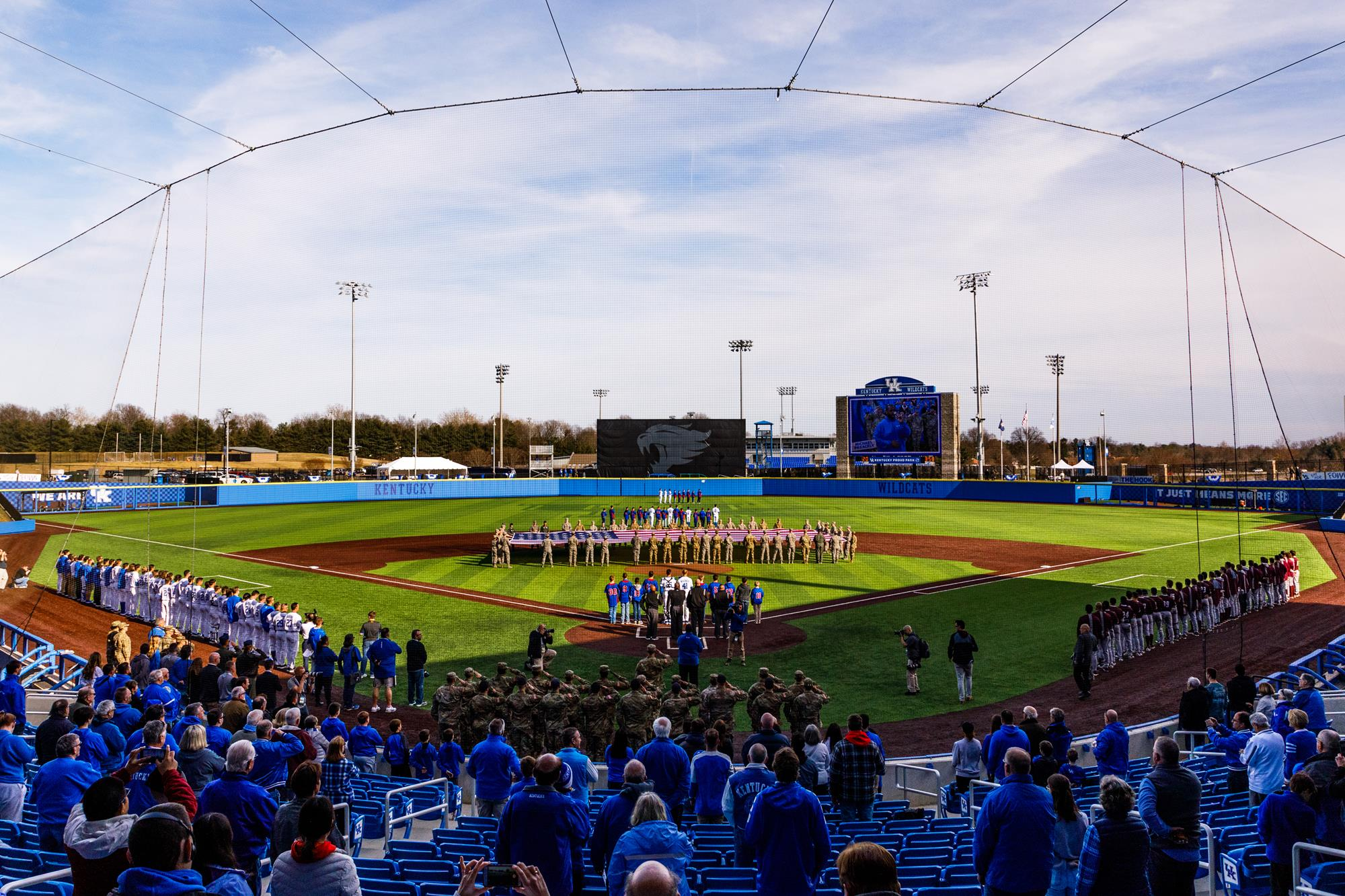 LEXINGTON, Ky. – A dream a long time in the making became reality on Tuesday when Kentucky baseball opened its new home – Kentucky Proud Park – on a picture-perfect afternoon. The result was even better, as the Wildcats defeated Eastern Kentucky, 7-3, in front of 4,074 fans eager to experience the facility.

“It was emotional,” UK head coach Nick Mingione said. “There are so many people, when you think about our ballpark and you think about the time and the effort and the years — this has been a long time coming.”

At 4:03 p.m. ET junior right-hander Grant Macciocchi delivered the first pitch, which was pulled into left field by Eastern Kentucky second baseman Ryland Kerr for a hit. That was just about all the Colonels could muster against Macciocchi, who retired the next 13 hitters and exited after 5.2 sparkling innings of one-run baseball.

The Cats (4-3) got a single run in the second after Dalton Reed doubled and scored before breaking it open in the fifth when junior designated hitter T.J. Collett sent a Jacob Ferris offering the opposite way and over the left-centerfield fence for a two-run home run.

UK added a third run in the inning when junior outfielder Jaren Shelby, a Lexington native, walked, stole second and third base and then swiped home. Shelby later stole second and third again on his way to five stolen bases in the game, the first UK player to steal four or more bases since Storm Wilson nabbed four against Richmond on February 14, 2015.

Freshman right-hander Hunter Rigbsy closed out the first win in the new ballpark by recording the final three outs to open a 12-game home stand.


FIRST AND FOREMOST
A list of notable firsts from the opening game in Kentucky Proud Park:


SCORING
Bottom 2nd – Dalton Reed doubled to LCF and moved to third on an Alex Rodriguez infield single. Cam Hill reached on a two-out throwing error by the 2B, scoring Reed. UK 1, EKU 0.

ON DECK
The Cats returns to Kentucky Proud Park on Wednesday against Northern Kentucky. First pitch is scheduled for 4 p.m. ET and will be aired on SEC Network Plus. Audio coverage can be found via UKathletics.com.