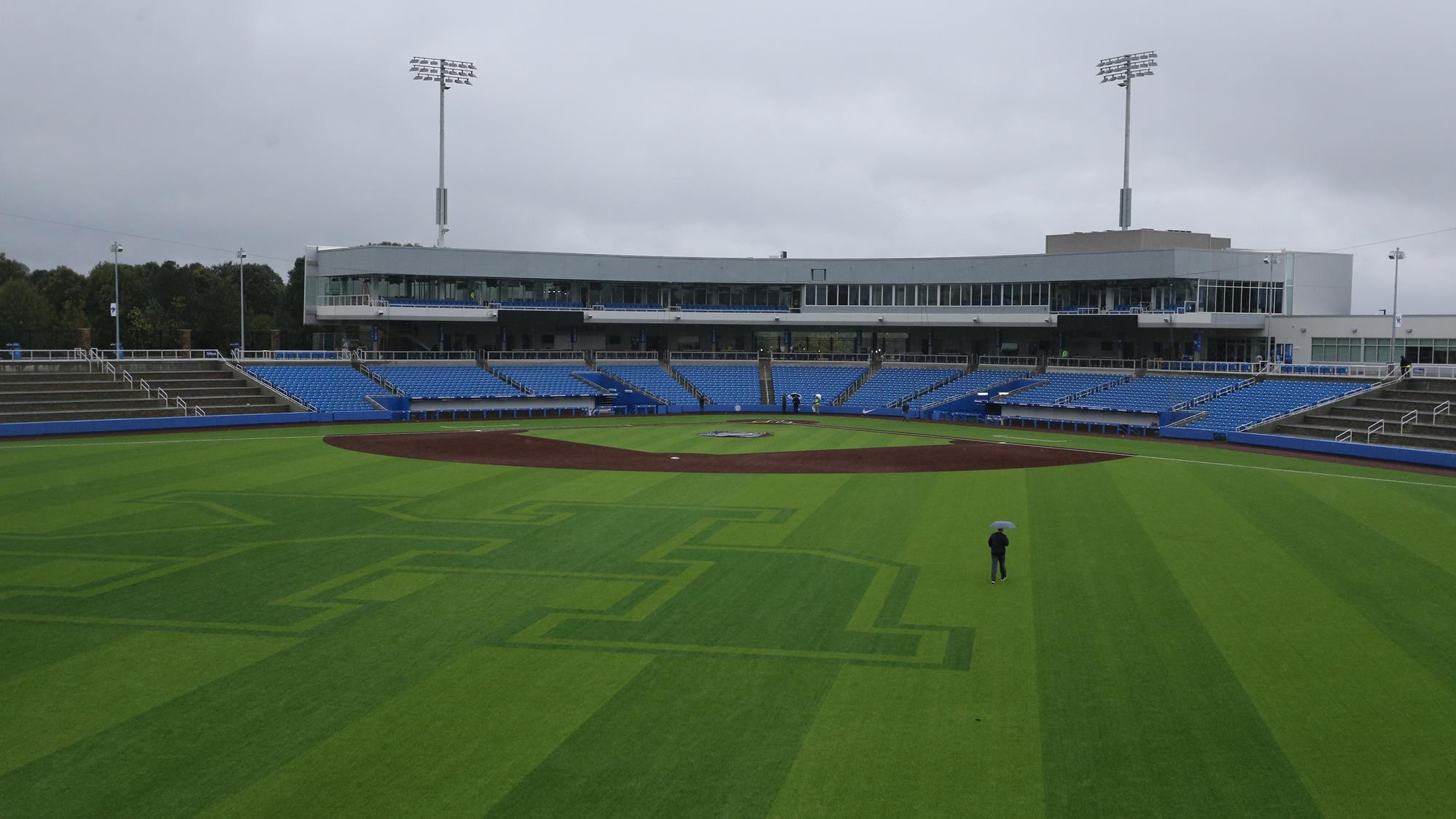 LEXINGTON, Ky. – A new era in Kentucky baseball commences on Tuesday afternoon as the Wildcats open Kentucky Proud Park, the program’s new $49 million facility. The Wildcats welcome nearby Eastern Kentucky for the opener, a day more than a decade in the making.

First pitch for the game is at 4:02 p.m. ET and it will be broadcast on the SEC Network Plus, with audio coverage on the UK Sports Network and UKathletics.com. Special pregame ceremonies will begin on the field at 3:45 p.m. with ceremonial first pitches from UK President Dr. Eli Capilouto, Executive Vice President for Finance & Administration Dr. Eric Monday, UK Board of Trustees Athletics Committee Chair Jennifer Barber, Athletics Director Mitch Barnhart and former UK head coach Keith Madison.

The grand-opening game at Kentucky Proud Park has been a long-awaited moment for the program, which closed Cliff Hagan Stadium in 2018 after 50 years of calling it home. Work began on the new facility in March 2017 and was completed last fall. Kentucky Proud Park was named as a tribute to farmers and businesses of the Commonwealth of Kentucky and the Big Blue Nation. Kentucky Farm Bureau secured the rights to name the stadium from JMI Sports, UK Athletics’ multimedia rights partner. In turn, Kentucky Farm Bureau elected to name the stadium for Kentucky Proud, the state’s official agricultural marketing program housed at the Kentucky Department of Agriculture.

Tuesday’s game opens a 12-game home stand for the Wildcats and a stretch where 20 of the club’s next 23 games will be at Kentucky Proud Park. Northern Kentucky comes to town on Wednesday (4 p.m. ET, SECN+) and Canisius arrives on Friday for a three-game weekend series.

UK returns home after a six-game road trip to start the season. Senior outfielder Ryan Shinn has paced the team thus far, hitting .474 with seven runs, five doubles, a home run, four runs batted in and two steals. He reached base in his first seven plate appearances over the weekend at No. 3 Texas Tech and in 10 of his 12 at bats total. The Jobstown, New Jersey native is the only returning positional starter from last season’s team, as the Cats replace eight starters, two weekend starting pitchers and closer.

Tickets can be purchased at UKBaseballTix.com and fans attending Tuesday’s game will receive a commemorative ticket to mark the occasion.  The new stadium features incredible views from all angles, including terrace and grass berm seating, as well as a 360-degree concourse.

Parking in all areas surrounding Kentucky Proud Park is available on a first-come, first-served basis, so fans are encouraged to arrive as early as possible. The following areas will be open for parking:


Shuttles will operate beginning two hours prior to first pitch and will run until one hour postgame. Shuttles will pick up at the Blue and Green lots and drop at the main gate of Kentucky Proud Park.

Parking lots will open four hours prior to first pitch and all tailgates must be in the back of vehicles. Tailgates can be coordinated through Tailgate Guys, a turnkey tailgate service.