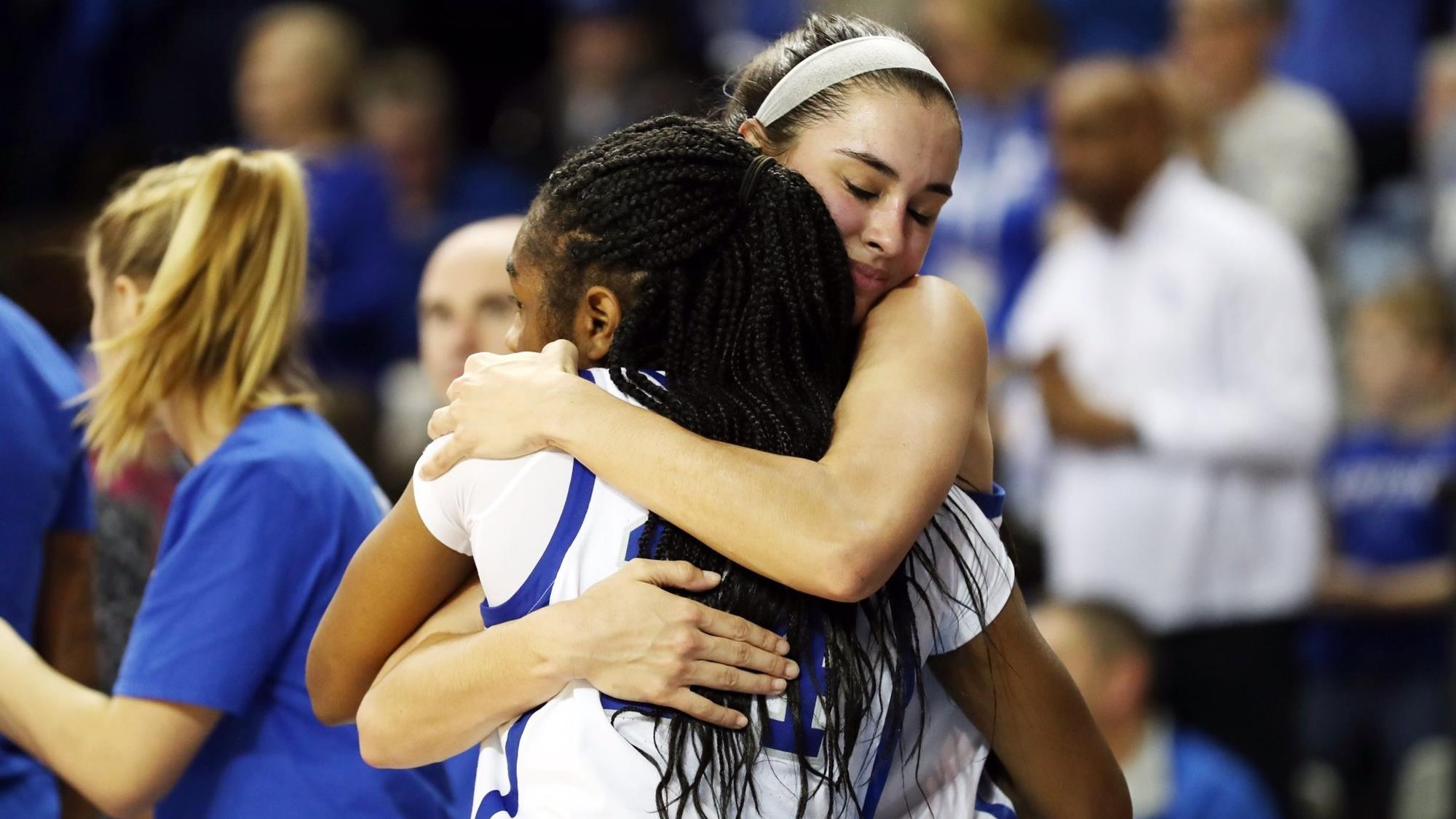 LEXINGTON, Ky. – Taylor Murray made seven of her eight shots from the floor on her way to 18 points as the 16th-ranked Kentucky women’s basketball team topped LSU 57-52 on Sunday afternoon at Memorial Coliseum.

Kentucky (23-5, 10-4 SEC) had three other players in double figures, led by freshman Rhyne Howard and sophomore Tatyana Wyatt, who each scored 12 points. Despite being saddled with foul trouble in the first half, senior Maci Morris finished with 10 points.

The difference in the game came at the free throw line, where Kentucky made 18 of its 22 attempts while LSU made only nine of its 22 tries.

Kentucky took an early 5-0 lead before LSU could get on the board. The Tigers missed their first four shots, and after they did score, the Cats answered with four points in a row to lead 9-2 with 5:30 left in the first period. LSU would eventually get within four, 10-6, but Kentucky would take a 12-6 advantage into the second quarter. LSU hit just two of 12 shots from the floor in the period while committing six turnovers. Kentucky hit five of 12 from the field and committed five turnovers.

LSU scored the first basket of the second period to cut UK’s lead to 12-8. However, the Cats went on 6-1 run to take an 18-9 advantage with 6:18 left in the half. Kentucky took its first double-digit lead on an and-one by Howard with 2:04 left in the half. The Cats would hold a double-figure lead for the remainder of the half, taking their largest lead, 28-15, into the break. Murray led all scorers with 10 points in the first half and Howard added eight. LSU hit just five of 29 (17.2 percent) from the field in the half while committing 10 turnovers.

In the second half, Kentucky built the lead to as many as 15, 34-19, before LSU found its offensive rhythm, hitting six of its first eight shots to cut the UK lead to 36-27. The Tigers would eventually get within seven, 39-32, but the Cats scored the last six points of the period, to lead 45-32 with 10 minutes to play.

LSU scored the first basket of the fourth period, but Kentucky answered with five points in a row to take a 50-34 advantage with 8:14 to play. But the Tigers would not quit, mounting an 8-0 run to cut the UK lead to 50-42 with 5:15 left in the game. After Kentucky got a pair of free throws from Morris, LSU scored five in a row to get within five, 52-47 with 3:12 to play. After a pair of Howard free throws gave the Cats a 54-47 lead, the Tigers again scored five straight, cutting the lead to 54-52 with 1:45 left in the game.

Kentucky led 55-52 with under 30 seconds remaining when Murray made the play that sealed the game. After missing a jumper, Murray stole the ball and was ultimately fouled with 16 seconds left. The senior calmly made both free throws to provide the final margin of victory.

Kentucky returns to action on Thursday, hosting Texas A&M at Memorial Coliseum. Tipoff is set for 7 p.m. ET and the game can be seen on SEC Network Plus.