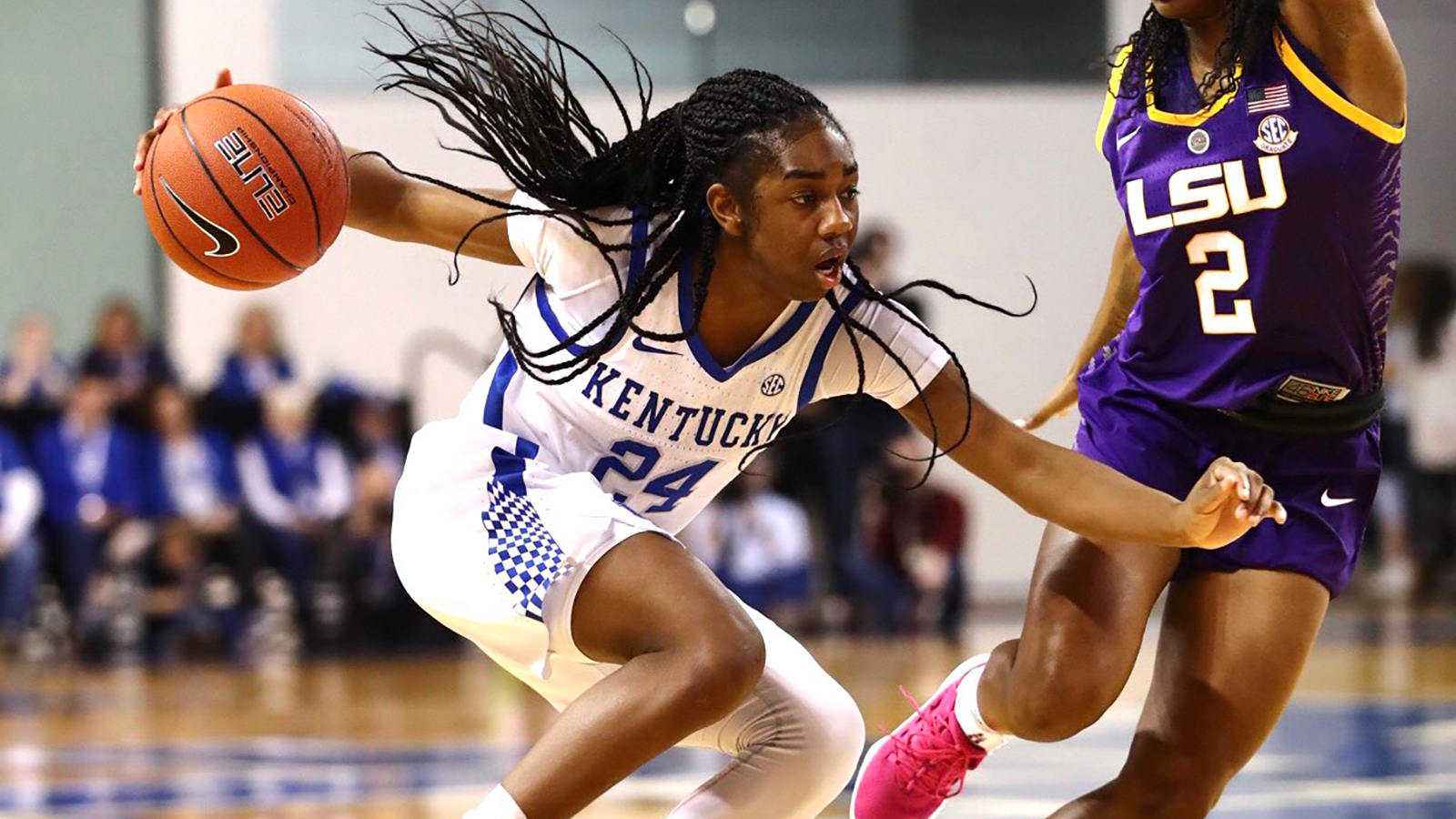 The way LSU was guarding, Taylor Murray sensed she would need to step up.

She had no qualms about doing so.

“It was just a matter of staying aggressive,” Murray said. “If they’re denying Maci (Morris) or Rhyne (Howard), why not drive it and try to shoot it? I’m wide open.”

Murray scored a team-high 18 points to celebrate her Senior Day in Memorial Coliseum. In the process, she led No. 16 Kentucky (23-5, 10-4 Southeastern Conference) to a 57-52 victory over visiting LSU (16-10, 7-7 SEC). It might not have been a thing of beauty collectively for the Wildcats, but it certainly was for Murray.

“On a day where it was just hard for us to get the ball to the basket, thank goodness she was really on today and just played the kind of game on Senior Day that you probably dream about having,” Matthew Mitchell said.

UK’s senior point guard knows her role well. With prolific scorers alongside her in Howard and Morris, her fellow senior, Murray doesn’t feel compelled to score. Unless that’s what the flow of the game dictates.

“I’m not really the top scorer on our team,” Murray said, “but if I have the opportunity, I’m going to take the shot.”

Murray didn’t miss a shot until the final minute as LSU closed on a furious run. The Tigers had trimmed what had been a 16-point UK lead with 8:14 left to a mere three points in the final minute. Murray had a good look to give the Cats their first field goal in almost eight minutes, but it didn’t fall.

It didn’t take but a moment for Murray to atone for her first miss in eight tries. Seconds later, she grabbed a steal and calmly drilled a couple free throws to seal the victory.

“We’re all happy for each other – it’s our Senior Day – but we all play each other,” Murray said postgame. “That was just a gutty win, but we were able to stay together, stay consistent, right through adversity and just stay positive throughout when the time went to zero.”

With Murray’s calming influence, UK didn’t buckle when it certainly could have.

“She had it under control there from a strategic standpoint in the fourth quarter,” Mitchell said. “She and I were having great conversations. She was just checking in with me. Everything she was saying was right on point. Has a good grasp of what we’re trying to get done, has grown so much with her ability to come out of her shell and just be a wonderful representative of our program. She’s grown leaps and bounds and we’re real proud of her. She’s playing some awfully good ball right now.”

As a result, the Cats have now won six straight. Sunday might have been Senior Day for Murray, Morris, LaShae Halsel and Paige Poffenberger, but it’s by no means the end for them or this team. UK has a pair of regular-season games left, owns a two-game lead in the race for a double-bye in the SEC Tournament and remains in contention for a top-four NCAA Tournament seed.

“Happy for the seniors,” Mitchell said. “It was a special day for them. They’ve done a lot for our program and we’re grateful for them. A lot of basketball—we’re very fortunate. A lot of basketball left to play. We’ve worked hard and we’re in position now where we’re playing meaningful SEC games at the end of our schedule and looking forward to postseason play.”