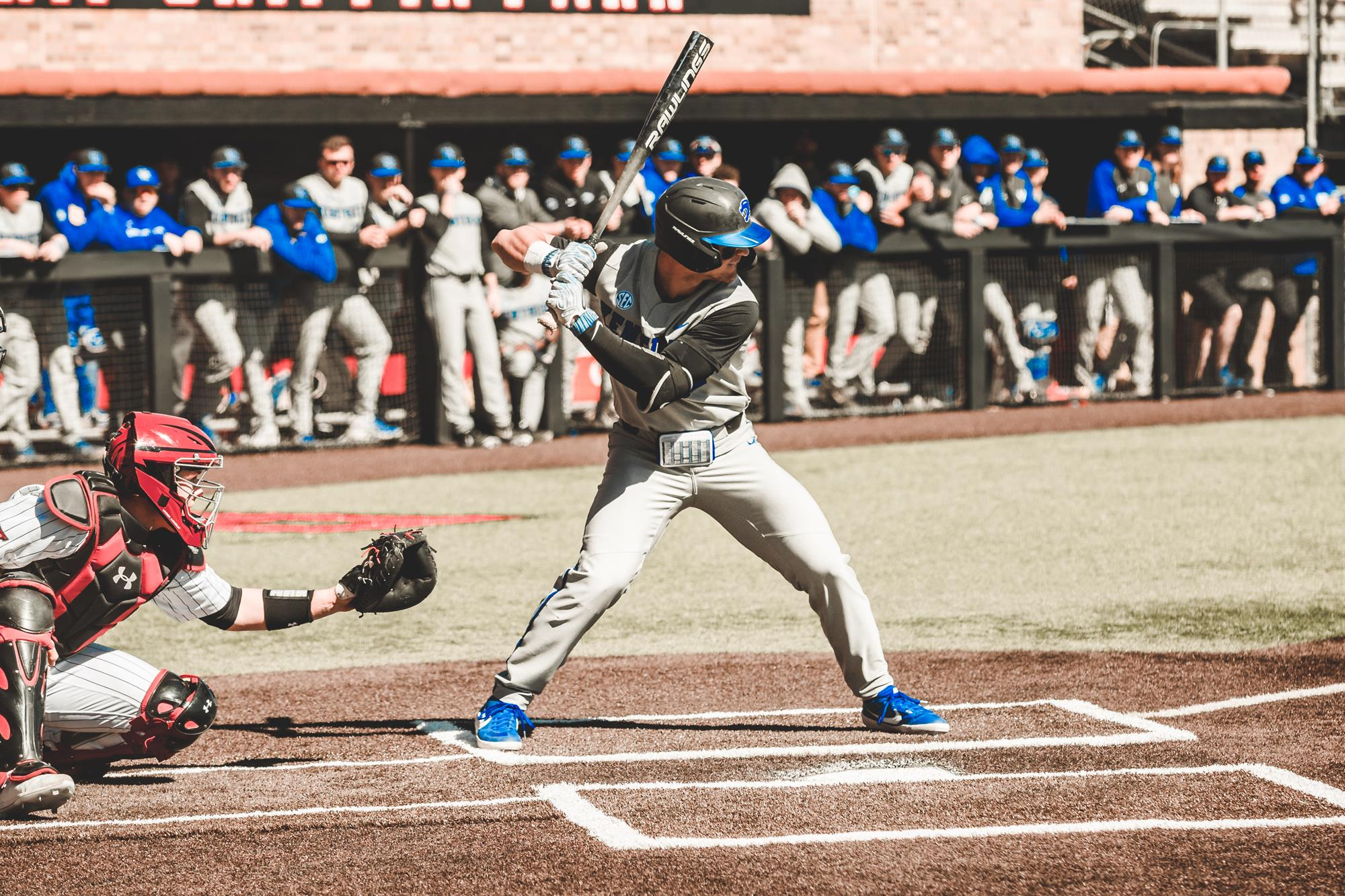 Kentucky Falls in Series Finale at No. 3 Texas Tech

LUBBOCK, Texas – Kentucky was undone by a wave of self-inflicted wounds early in the game, dropping the series finale 19-4 at No. 3 Texas Tech on a sunny, cool afternoon at Rip Griffin Park.

The Wildcats (3-3) return to Lexington to open Kentucky Proud Park on Tuesday afternoon against Eastern Kentucky. First pitch for the inaugural game in the new $49 million facility is set for 4 p.m. ET with a host of pregame ceremonies preceding the contest.

The Red Raiders took advantage of 13 walks, one error and a hit batter on Sunday, jumping out to a 12-2 lead through four innings against a quartet of freshmen pitchers. The Cats’ young arms did gain valuable experience even on a day when strikes were hard to come by at times.

UK senior outfielder Ryan Shinn was hit by a pitch in each of his first three at bats after torching the Red Raiders the first two games of the series. He entered the game having reached base in seven of his nine at bats in the series, which included three doubles and a home run.

Top 2nd – Ryan Shinn was hit by a pitch, Dalton Reed singled to LF and Jaren Shelby walked to load the bases. Austin Schultz hit into a fielder’s choice with Shinn out at home. Zeke Lewis beat out an infield single, scoring Reed. Breydon Daniel was hit by a pitch with the bases loaded, scoring Shelby. UK 2, Texas Tech 2.

Top 6th – Shinn was hit by a pitch to open the inning, moved to second on a fielder’s choice, to third on a balk and scored on Shelby’s single to LF. Texas Tech 12, UK 3.


ON DECK
The Cats will open Kentucky Proud Park on Tuesday afternoon against Eastern Kentucky. First pitch is scheduled for 4 p.m. ET and will be aired on SEC Network Plus. Audio coverage can be found via UKathletics.com.