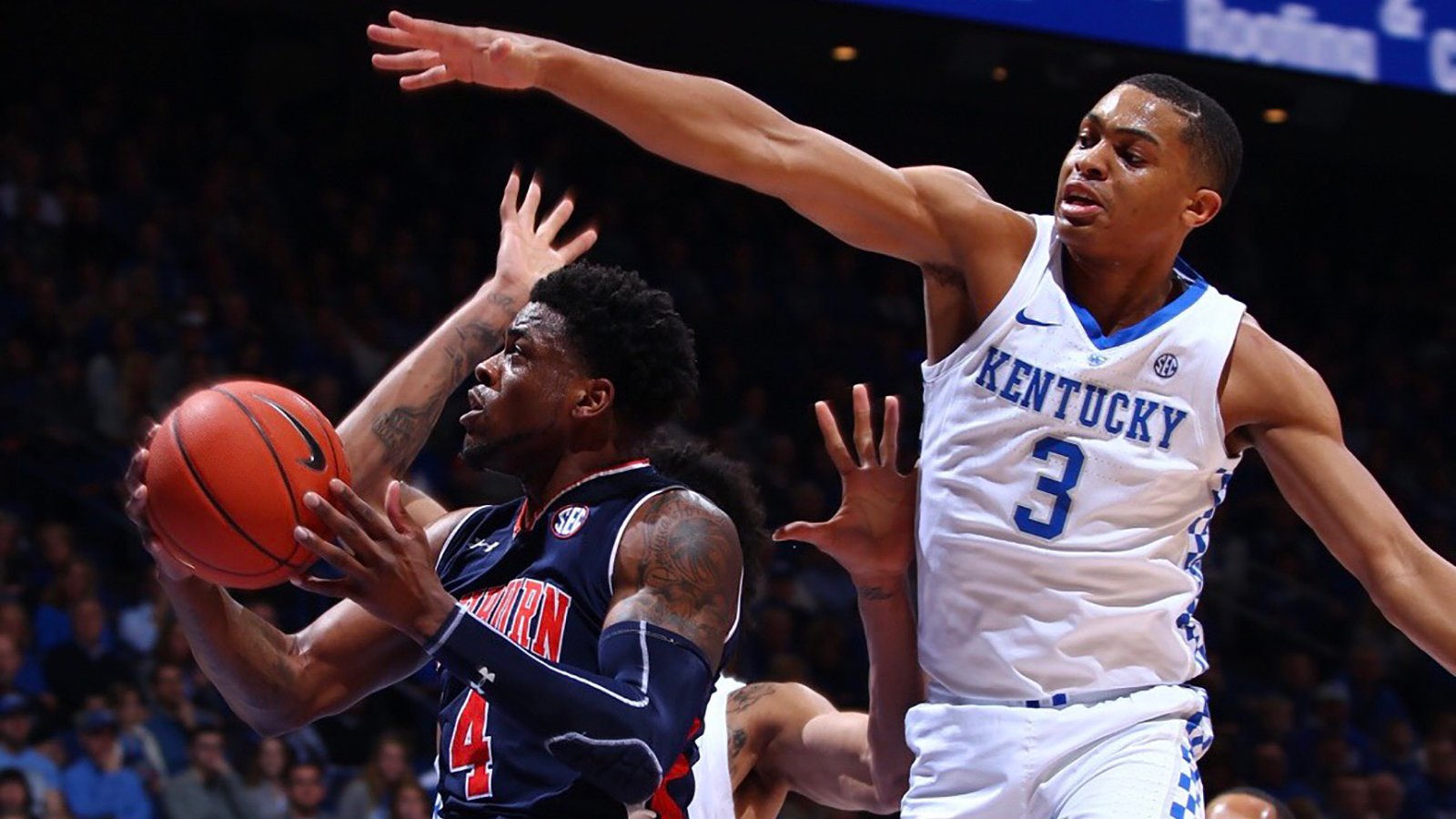 The talk was of how EJ Montgomery and Nick Richards would need to step up in extended playing time with Reid Travis out due to a sprained knee. Of how PJ Washington had to bring the physical play to make up for the absence of Kentucky’s most imposing physical presence.

Keldon Johnson wasn’t so frequent a topic of conversation, but nobody did more to make up Travis being in street clothes at Rupp Arena on Saturday.

“We knew we had to make up for Reid’s absence,” Johnson said. “I knew I had to go in and hit the glass extra hard today.”

With UK’s second-leading rebounder sidelined, Johnson filled the void and then some on that front. He grabbed a career-best 17 rebounds as No. 4/4 Kentucky (23-4, 12-2 Southeastern Conference) posted one of its most dominant victories of the season, an 80-53 shellacking of visiting Auburn (18-9, 7-7 SEC) Saturday at Rupp Arena.

“We had worked and said, look, they are going to shoot 3s, and he went after the ball,” John Calipari said. “He was screaming to grab balls, too. Grabbed them with two hands. Really proud of him.

The one problem with that was Coach Cal was there to see every one of Johnson’s rebounds.

The good news for Johnson is the recent past suggests he’s not likely to get only two rebounds next time out. Johnson now has had four rebounds in his last seven games and has had at least six eight times in SEC play.

Johnson’s contributions wouldn’t end there. He managed a career high with five assists and played an important role in holding a dynamic offensive team in Auburn to 32.8-percent shooting and a season-low 0.82 points per possession.

Where Johnson fell short – at least in his own mind – was in scoring himself. As his teammates poured in 3 after 3 – especially Washington, who scored 24 points and made five 3s – Johnson had a relatively quiet offensive game. He scored only eight points on 3-of-8 shooting, falling just shy of his fourth career double-double.

“He knew how many points he was having,” Calipari said. “He tried to get those other points to get that double-double so bad. Shot that 3 and I said, why don’t you drive it, because he thought, well, if I get 3, I got it. Missed that layup. Killed himself. Missed that free throw, he wanted to stab himself in the eye. He knew exactly what he had.”

Even so, Johnson went to the bench with a big smile on his face when he subbed out for the final with 1:50 left and UK up big. The 23,427 fans in Rupp gave him a standing ovation, clearly caring little for the fact that Johnson had missed on that double-double. In reality, neither did he.

“My teammates were hot and I didn’t really have to score,” Johnson said. “I let them shine. They were hot. I kept getting them the ball and just did something else to impact the game. If that’s rebounding, then that’s what I have to do. Whether it’s rebounding, passing to my teammates or whatever it is. They took up most of the offense. I’m not complaining. I loved it. I loved to see Ashton (Hagans), Tyler (Herro), PJ hitting shots.”

It was a total team effort Saturday, including the players most expected UK to count on to step up. Montgomery and Richards combined for 10 points, 10 rebounds and six blocks. On this day anyway, UK “really didn’t miss a beat” without Travis, in Johnson’s words.

“Sometimes they all understand without Reid, we’re going to have to do this together and I think they all came together and did it,” Calipari said. “This was an effort on both sides of the ball.”