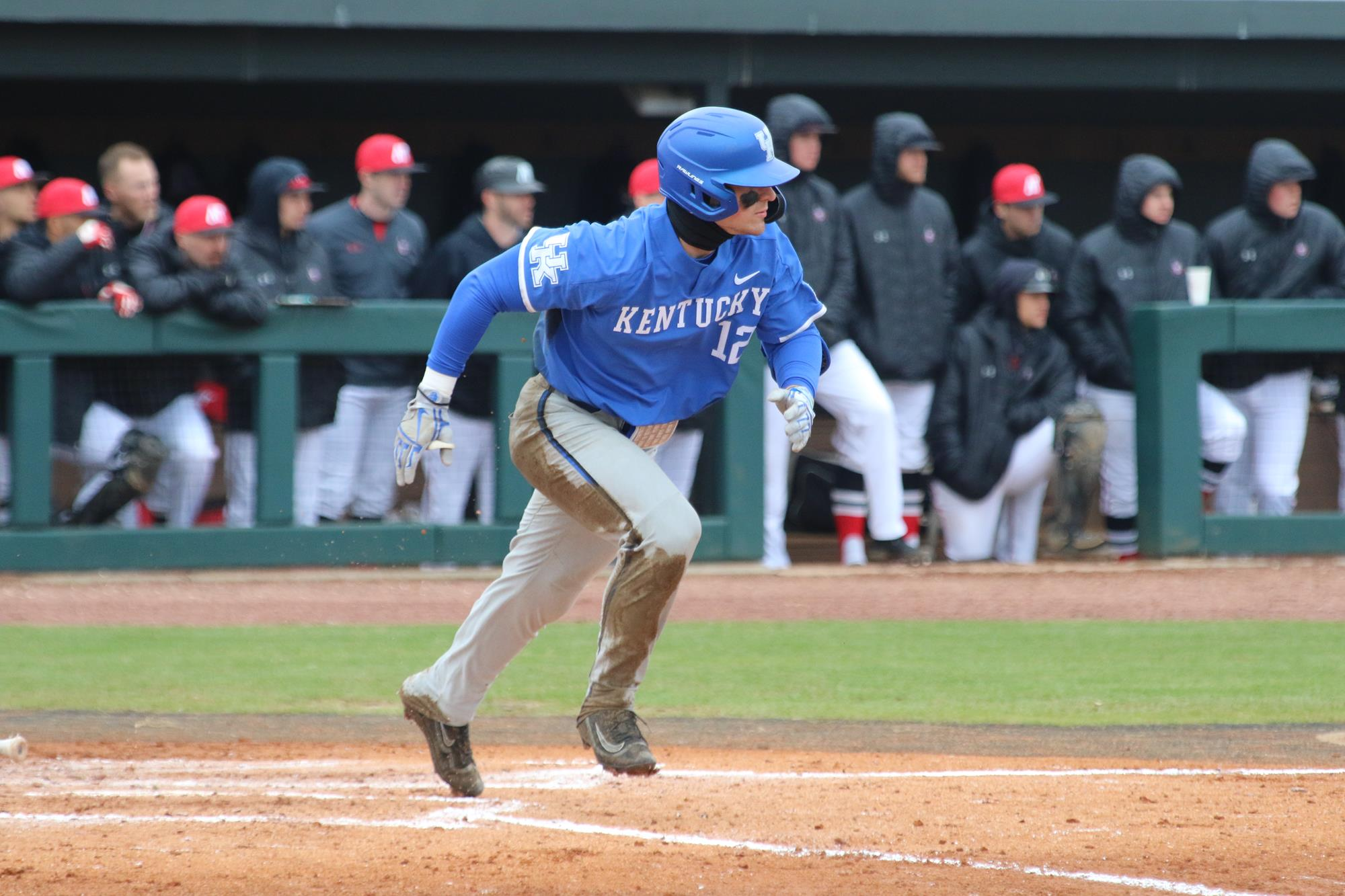 LUBBOCK, Texas – Kentucky outfielder Ryan Shinn continued his torrid start to the season with three more hits – all for extras bases – but it wasn’t enough as No. 3 Texas Tech used a big inning for the second straight day to score a 10-7 win at Rip Griffin Park.

The Cats (3-2) will send freshman left-hander Dillon Marsh to the mound on Sunday afternoon looking to end their season-opening six-game road trip with a victory. First pitch is at 2 p.m. ET.

Shinn reached base in his first seven plate appearances of the series, which included six hits and a hit by pitch. The senior outfielder from Jobstown, New Jersey, counted three doubles and a home run among those six hits, tattooing baseballs all over the yard. His three-run home run on in the fifth inning on Saturday capped a four-run rally and briefly gave the Cats a 5-2 lead. Going back to the final game of the Austin Peay series Shinn reached base 10 consecutive times.

Texas Tech responded by seeing its first six hitters in the bottom half of the fifth inning score, the final four on Dylan Neuse’s grand slam to centerfield, his second home run of the game. The Cats battled back to within 8-7 after Dalton Reed tripled and scored on a Jaren Shelby groundout, but could get no closer.

A pitching duel dominated the early innings, as UK starter Jimmy Ramsey was strong through four innings of work. Sustained winds of 35 miles per hour with gusts of 60 MPH out to centerfield left pitchers for little margin for error but Ramsey managed to avoid major damage outside of Neuse’s first home run, a wind-aided fly ball that carried out of the ballpark.

Top 2nd – Ryan Shinn doubled to RF and scored on Alex Rodriguez’s infield pop-up that fell in between a pair of Red Raiders. UK 1, Texas Tech 1.

Top 6th – Rodriguez reached on an error to open the inning and moved to second on Gei’s walk. Zeke Lewis doubled into the LF corner, scoring Rodriguez and moving Gei to third. Texas Tech 8, UK 6.

Bottom 8th – Baker singled to RF, advanced to third when the ball got past the right fielder and scored when relay throw skipped past third baseman and into the dugout. Texas Tech 10, UK 7.


ON DECK
Sunday’s series finale is at 2 p.m. ET and will air on 98.5 FM Lexington radio and UKathletics.com. The game also will be streamed on Fox Sports Southwest Plus.