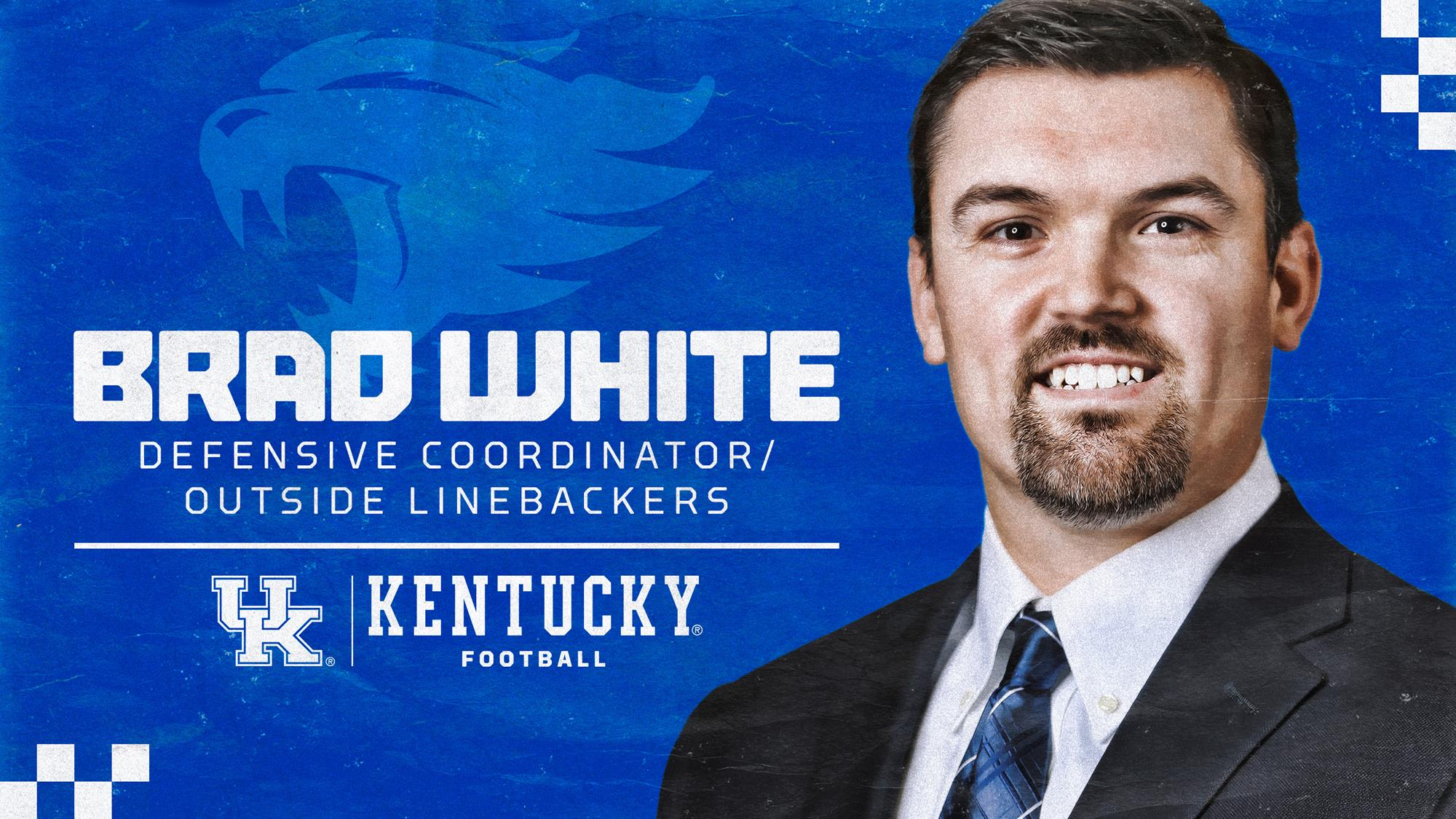 White, a native of Portsmouth, Rhode Island, came to Kentucky prior to the 2018 season after spending six years with the Indianapolis Colts. As the outside linebackers coach, White’s NFL experience and defensive end Josh Allen’s talent and work ethic combined for Allen to have one of the greatest seasons in UK history. Allen won National Defensive Player of the Year honors and was a unanimous first-team All-American after leading the team with 88 tackles and pacing the SEC in sacks (17.0), tackles for loss (21.5) and forced fumbles (5). An overlooked facet of the UK defense was the development of Boogie Watson at the other OLB. Watson ranked second in sacks behind Allen with 5.0. He also had three pass breakups, two quarterback hurries and one forced fumble.

“I’m very confident in Coach White’s ability to lead the defense,” Stoops said. “He did a tremendous job fundamentally developing our players last season. He has always given great support with ‘big-picture’ ideas on defense and I’m excited about what he will do to take us to another level. “

“I would like to thank Coach Stoops for this great opportunity,” White said. “I’m looking forward to working with our talented defensive staff to continue to build on the success of last season.” 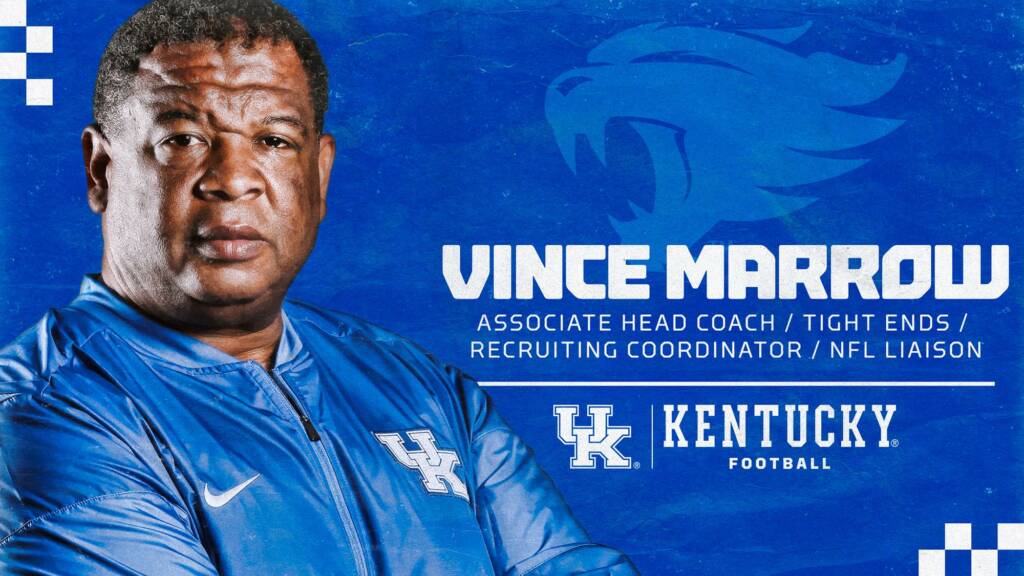 Marrow, who enters his seventh season at Kentucky, adds associate head coach to his title. He also serves as the tight ends coach, recruiting coordinator and the NFL liaison.

When bringing Marrow to Kentucky in 2013, Stoops spoke prophetically — “His diverse experiences as a coach and NFL player will be invaluable to our players and our program. He also is a great recruiter, especially with his outstanding connections in Ohio.”

Kentucky’s seven recruiting classes under the current staff are UK’s seven highest-rated groups in the history of the Rivals.com evaluation. Marrow, a native of Youngstown, Ohio, has played a key role in those efforts, spearheaded with numerous signees who hail from the Buckeye State.

“I greatly appreciate the work he’s done in leading our recruiting efforts and bringing top-notch players to our program,” Stoops said.

Under Marrow’s guidance on the field, tight end C.J. Conrad completed his career as one of the best tight ends in Kentucky history. He compiled 1,015 career receiving yards in his four-year career, becoming the 28th player to join the 1,000-yard club. He also had 12 career TDs catches, the second-most TD receptions by a tight end in UK history, one behind James Whalen (13 from 1997-99).

“I love working with Coach Stoops and I’m glad to be a part of the Big Blue Nation,” Marrow said. “I am excited to continue building this football program into a national powerhouse.”