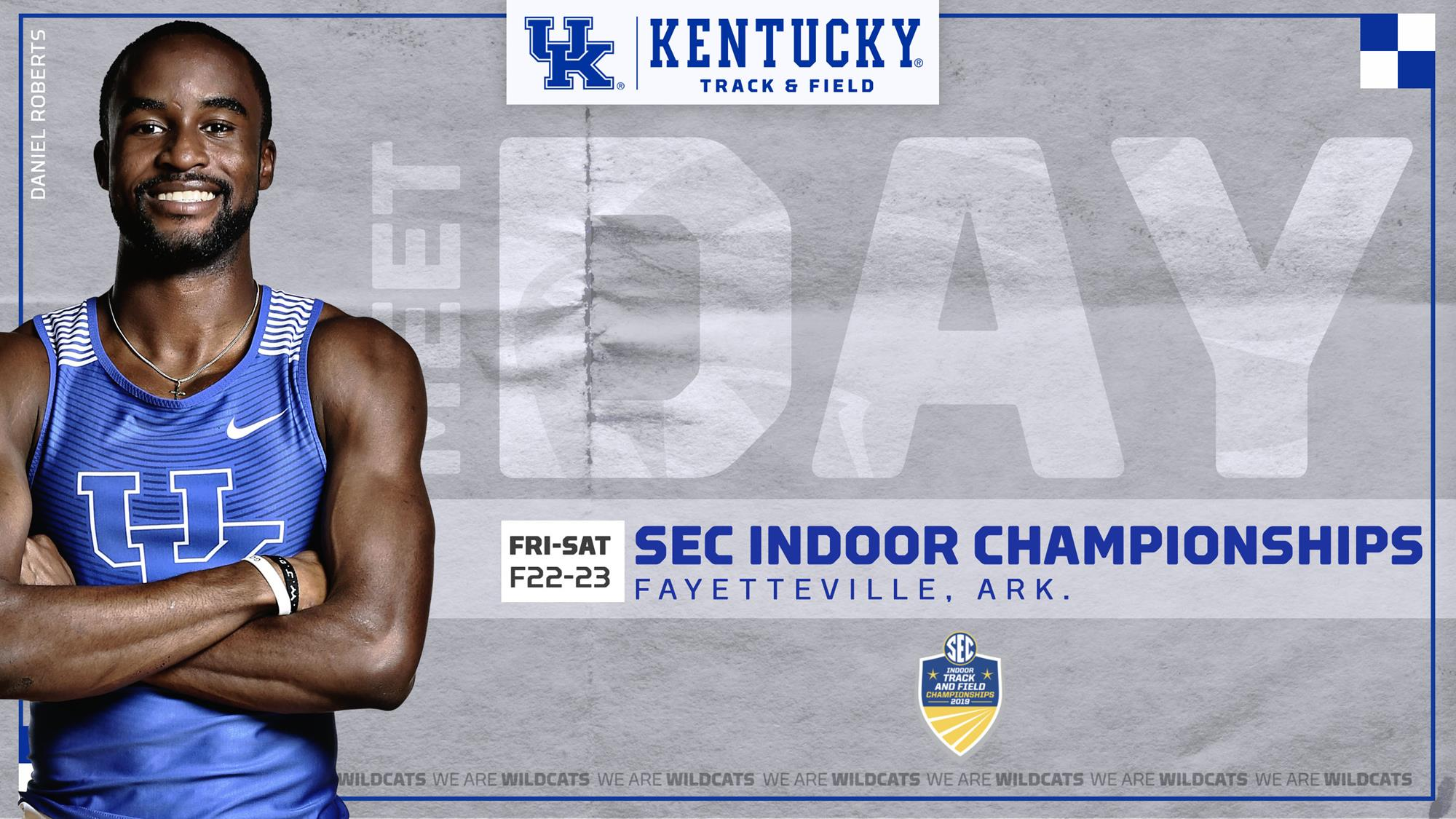 FAYETTEVILLE, Ark.  – The Kentucky track and field teams will start the indoor postseason with the Southeastern Conference Championships this weekend inside Arkansas’ Randal Tyson Track Center.

Live coverage of the SEC Indoor Track and Field Championships will air on SECN+ at 4:30 p.m. ET on Friday and 3:55 p.m. ET on Saturday. The broadcast talent includes Dwight Stones, Jill Montgomery and John Anderson. A tape-delayed broadcast of the Championship will air on the SEC Network Sunday at 8 p.m. ET.

The UK women’s track and field team has placed third at the SEC Indoor Championships the past two years, tying the program’s best ever finish at the meet UK scored 74 points last season, and their best point total ever at the meet was 92 points in 1989.

A total of 15 Southeastern Conference men’s and women’s track and field programs are included in the top-25 – with the UK women’s team at No. 6 — of the latest NCAA Division I Indoor Track & Field National Rating Index released Monday.

Eight SEC women’s programs are ranked in the top-25, including four in the top-seven.

A nation-leading seven SEC programs are ranked in the men’s top-25.

Tickets for the SEC Indoor Championships range from $15-$25 for General Admission, to $35 for reserved seats and can be purchased online at ArkansasRazorbacks.com.

The name of the game at the Championships will be scoring points by virtue of top-eight finishes. First place scores 10 points in each event, and the point correlations reduce down to one point for eight place.

Marie-Josée Ebwea-Bile Excel leads the nation and conference in the women’s triple jump by more than a foot, 45’2.5″/13.78m.

Ellen Ekholm leads the SEC in the women’s high jump this year with her school-record tying 6’0″/1.83m, which she recorded at Tyson Indoor in late January. Carly Hinkle’s PB from the same meet, 5’10.75″/1.80m is third best in the conference.

Daniel Roberts’ school record in the 60m hurdles, 7.52, ranks second in the nation and conference, to Florida’s Grant Holloway who has the collegiate record.

The UK men’s distance medley relay of Brennan Fields, Jacob Smith, Kendall Muhammad and Ben Young have the third best time in the SEC this year, 9:44.40.