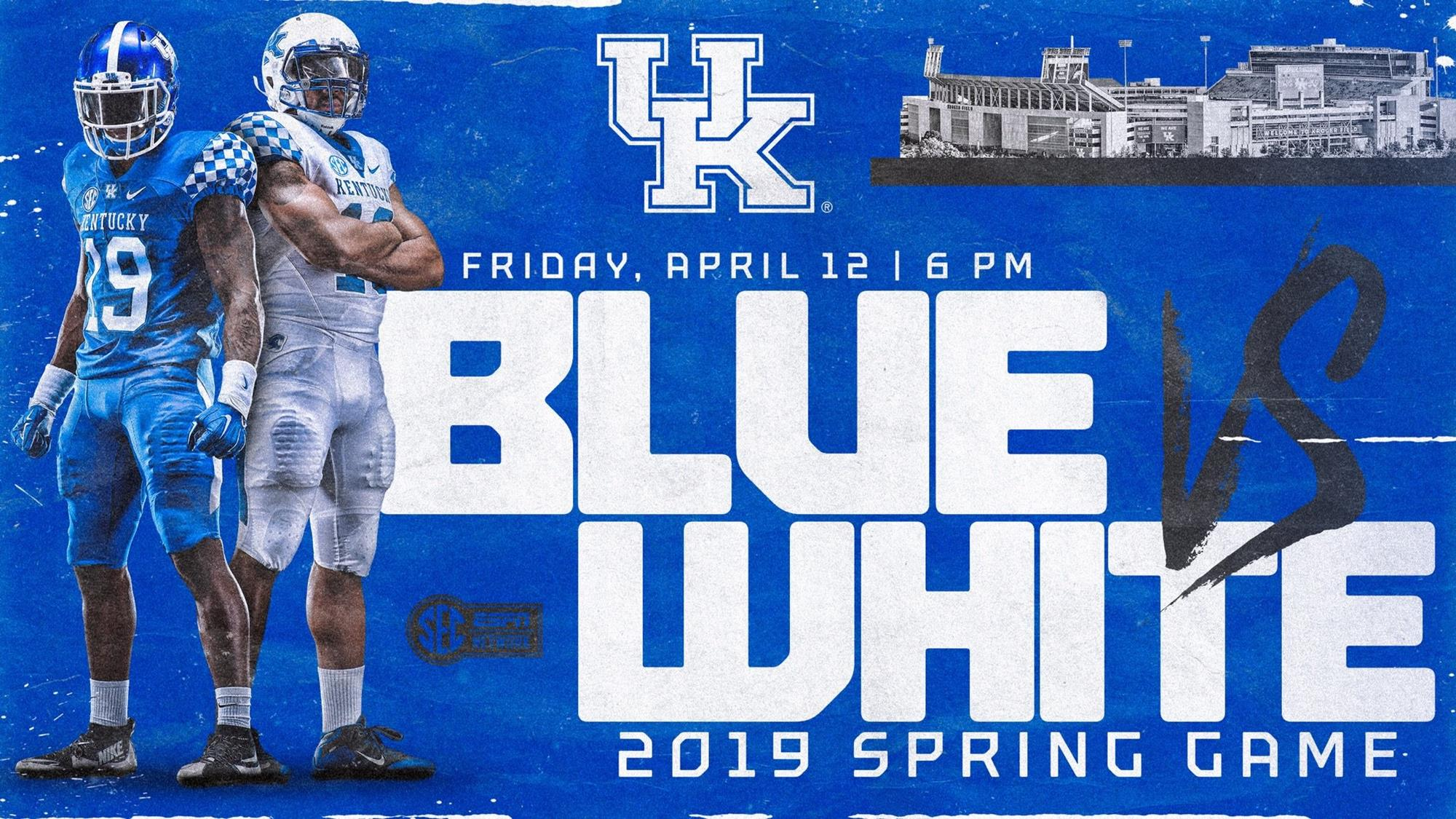 LEXINGTON, Ky. – Kentucky football’s annual Blue-White Spring Game is set to kick off under the lights at Kroger Field once again on Friday, April 12. Tickets to the game – which will begin at 6 p.m. – will be available to season ticket holders on Tuesday, Feb. 26 and to the general public on Tuesday, March 5 at 9 a.m. ET.

2018 season ticket holders and fans who have already purchased season tickets for the 2019 season will have the first opportunity secure tickets for UK’s spring game by using the promo code that will be emailed to them exclusively online at Ticketmaster.com. The general public will have access to tickets a week later. Seating in the lower level will be reserved, while seating in the upper level will be opened based on demand. Lower-level tickets along the north and south sidelines will be distributed first, followed by end-zone tickets.

Tickets will be available through the following outlets:

Student ticket information will be released online at UKStudentTix.com and emailed to all UK students in the coming weeks.

Tickets still available on game day may be picked up free of charge at the Kroger Field ticket office prior to kickoff, based on availability.

This will mark the third straight Blue-White Spring Game to be held on a Friday night. Last year, Blue topped White, 45-32, in front of 36,090 fans.

The Blue-White Spring Game will cap spring practice for the Kentucky Wildcats, who finished their most successful season in four decades with a 10-3 record and VRBO Citrus Bowl victory over Penn State. Headlining the returners for the 2019 season are linebacker Kash Daniel, quarterback Terry Wilson and wide receiver Lynn Bowden.

The 2019 season will kick off on Aug. 31 when the Wildcats host Toledo. Football season ticket information can be found online at UKFootballTix.com.