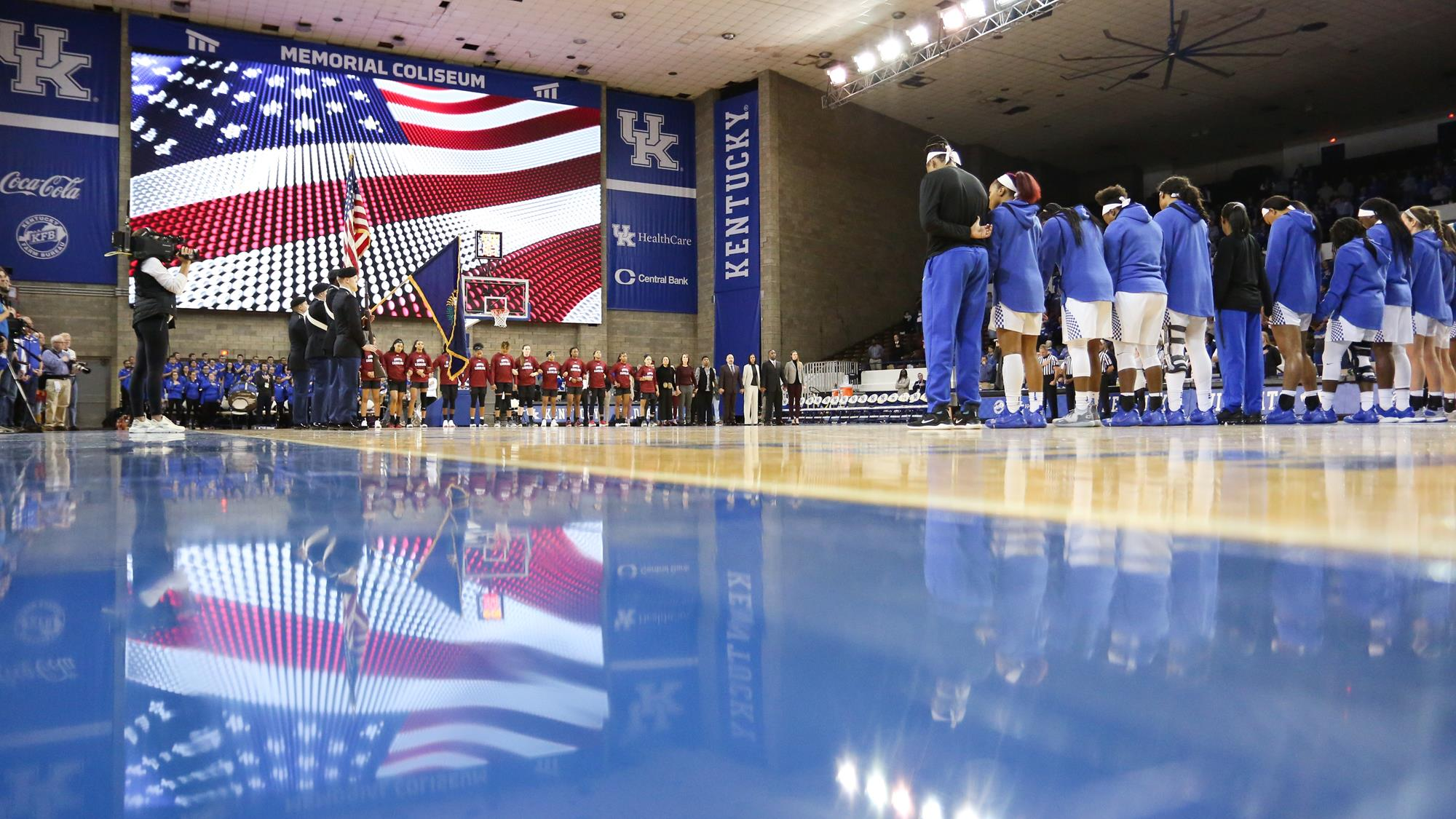 To say Kentucky and South Carolina are familiar with one another is probably an understatement.

Not only do the Wildcats and Gamecocks play each other twice every regular season, they also often end up facing off again in the Southeastern Conference Tournament.

“We have played each other a lot,” Matthew Mitchell said. “It is always a challenge to play them because they always have very good players and Dawn (Staley) is a very good coach and very intense and their team is always ready to roll.”

“Well, tough game ahead tomorrow night in Columbia,” Mitchell said. “It is always a tough game against South Carolina. They played a really good game against us last time and were really hard to handle here in Lexington.”

Indeed, UK came out on the short end of a 74-70 decision against South Carolina on Jan. 31. The Wildcats have won four straight since, but on that day South Carolina overcame an early 10-point UK lead to go up by as many as 17 in the fourth quarter. The Cats would finish with a flurry, but it wasn’t enough to end a South Carolina SEC winning streak that is now up to seven games.

“A lot of it had to do with their good play, but we have to play harder,” Mitchell said. “We have to play harder and with more energy and not only physically but mentally and emotionally we have to stick together and be sharper in executing what we need to do. They got us in all phases of the game.”

The top performer in that matchup was Alexis Jennings, the senior who spent her first season at Kentucky. Jennings had 18 points and 12 rebounds to lead South Carolina to victory.

“They are so strong inside and so strong in the post and we just have to play great team defense,” Mitchell said. “We have to be sharp on the game plan and sharp on our technique. I thought Alexis Jennings really just played a great game against us and we were a step behind. We were not ready. She is so good in the post with her footwork and her technique that you really have to be ready down in the low post.”

Mitchell knows that the battle in the post will go a long way toward deciding which team scores a key win as the regular season winds down. Both teams, after all, are jockeying for position. in the SEC Tournament and NCAA Tournament.

“This would be a huge victory if we could find a way to earn it tomorrow night,” Mitchell said. “These are really important games and you cannot start looking at March yet. The practices are dwindling now. We don’t have a ton of practices let so each one is extremely valuable and very precious and I think that is really the focus of our team right now. Can we prepare extremely well to go in there and get a win tomorrow night?”