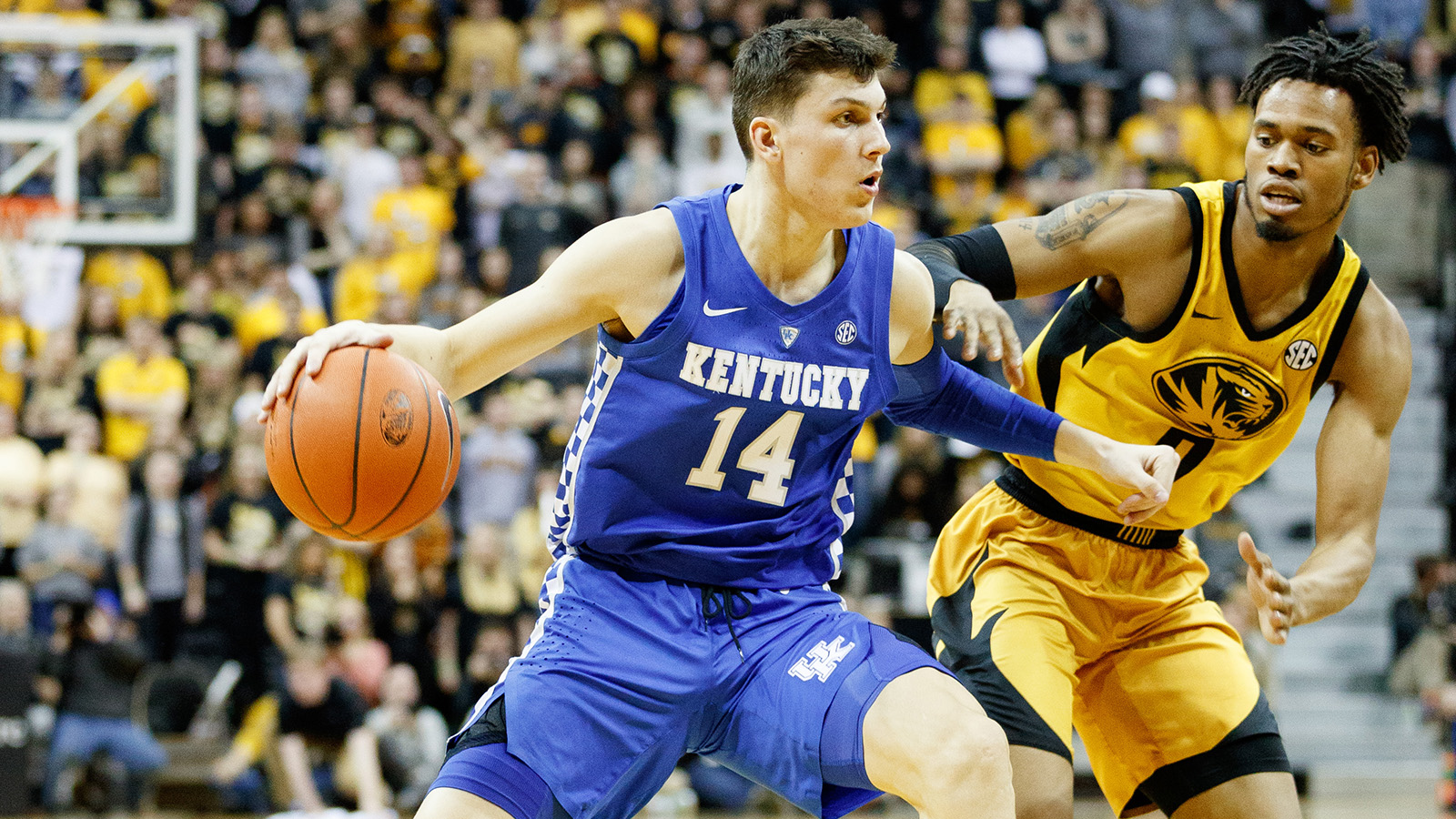 If you were waiting for John Calipari to come out spitting fire after an uninspiring win over Missouri Tuesday night, you must have forgotten.

This is a road game in the Southeastern Conference we’re talking about.

“For us, this is a big-time win,” Coach Cal said. “It’s a road win. In this league? You win on the road in this league, you got something done.”

“I say it all the time: These kids aren’t machines and they aren’t robots,” Calipari said. “We just played Tennessee. It was the hyped-up game and this, that. To come on the road, with a team that you know plays hard—and it was funny: Cuonzo (Martin) and I before the game, he said, ‘Boy, your team plays hard.’ I said, ‘I’ve already told my team how hard your guys play.’ He said, ‘Yeah, we’re not going to give you one here. You know that.’ And we both laughed, because I knew it was going to be a war.”

Missouri won the second-half battle, but UK played well enough for the first 24 minutes to win that war. In spite of that, don’t think Coach Cal is letting his team off the hook for the way the Wildcats played late.

“They beat us to balls,” Calipari said. “Guards didn’t rebound. In the first half, our guards rebounded. In the second, they didn’t.”

Missouri outrebounded Kentucky 34-28 for the game and 19-8 after halftime, grabbing 12 second-half offensive rebounds in the process.

“The second half, that’s what Coach is really emphasizing to us right now, is just being able to play like we did against Tennessee the whole 40 minutes,” said Tyler Herro, who matched PJ Washington’s game-high 18 points. “Once we get to the point where we can do that night in and night out, that’s when we’ll be really good.”

Coach Cal is accepting some of the blame for the fact that the Cats weren’t able to play a full 40 minutes in Columbia, Missouri. That’s because Reid Travis sustained a sprained knee and departed for good with 10:24 left in the game, at which point UK led by 15. The Cats held onto that lead thanks in large part to 19-of-22 (86.4 percent) shooting from the free-throw line.

“Part of it is that I kind of took the air out of the ball a little bit,” Calipari said. “I was just trying to get out of here, guys. As soon as Reid got hurt, I was like, ‘We’re not extending this game.’ “

Calipari doesn’t yet have a prognosis for Travis, who will undergo an MRI. Regardless whether Travis will miss any time, the Cats will be prepared. In fact, they’ve been preparing for such an eventuality all season.

“It’s why we coach every kid like they’re a starter, because of this reason,” Calipari said. “Now all of a sudden, say if he’s out a week or two, you know. If anybody has said, ‘Well, you should have been playing more.’ OK, you’re going to play more. Have at it. Let’s see how you do now.”