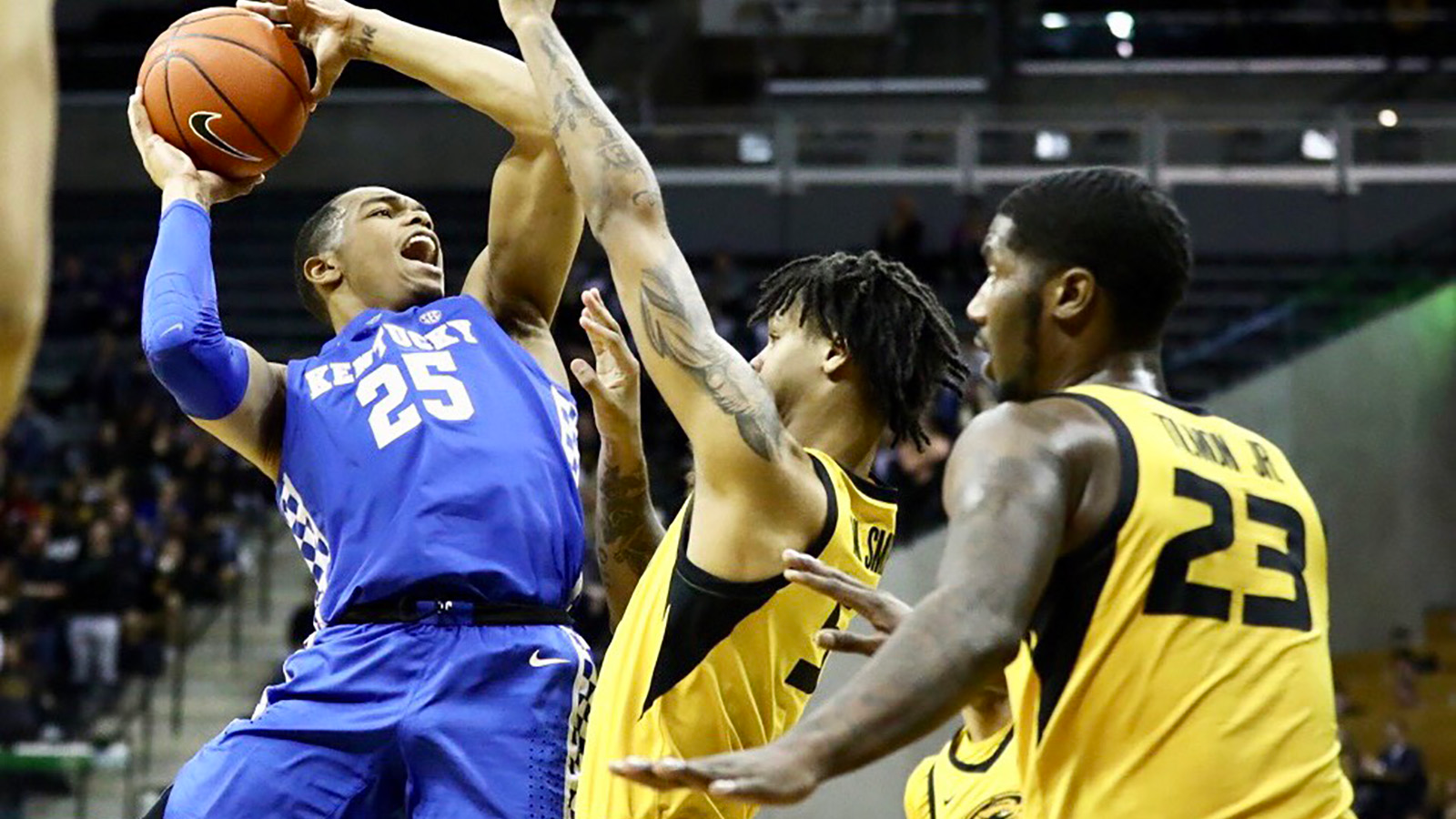 COLUMBIA, Mo. – Three days after knocking off the nation’s top-ranked team, Kentucky coach John Calipari just wanted to get out of Missouri with a victory over the struggling Tigers, regardless of how it looked.

The fourth-ranked Wildcats accomplished the victory, beating the Tigers 66-58, but getting out of town proved more difficult.

Much of Kentucky’s 18-point halftime lead evaporated late, but that didn’t bother Calipari, who told his players during timeouts to milk the shot clock and shorten the game.

“These kids aren’t machines. They aren’t robots,” Calipari said. “We just played Tennessee. It was a hyped-up game. To come on the road against a team that you know plays hard . I knew it was going to be a war.”

The Wildcats (22-4, 11-2 Southeastern Conference) had to spend the night, though, because a winter storm rolled into Missouri during the game.

“Every time we come here, it’s either an ice storm, rain storm or snow storm,” Calipari said. “I don’t know if we’re right outside of Anchorage or where we are.”

A TEST OF DEPTH

Calipari said he wouldn’t know Travis’ status until he has an MRI, but he sounded prepared to carry on if Travis has to miss some games. Nick Richards, a 6-foot-11 sophomore forward, looked sharp off the bench, finishing with seven points and four rebounds in 13 minutes.


“If anybody has said, `You should have been playing me more,’ well, you’re going to play more,” Calipari said. “Have at it. Let’s see how you do now.”

Missouri: The Tigers desperately need sophomore guard Mark Smith to regain the form he showed in the first 17 games, when he averaged more than 12 points and shot 48 percent from 3-point range. Smith sprained his ankle late in Missouri’s loss at Arkansas on Jan. 23 and missed the next six games. In the two games since returning, he has scored three points. He went scoreless on 0-for-7 shooting against Kentucky.

“I credit the guy for wanting to be a part of this team and help us win a game,” Martin said. “He has two inches of tape on his ankle. I applaud and respect him.”

Kentucky: With his 297th victory in 10 years at Kentucky, John Calipari tied Joe B. Hall for second place in wins at the school. Calipari has some work to do to catch the man at the top of the list — Adolph Rupp won 876 games in 42 years leading the Wildcats.

“I wish I hadn’t,” Calipari said of tying Hall, a friend and frequent visitor to Kentucky practices.

Kentucky: The Wildcats play host to Auburn on Saturday.