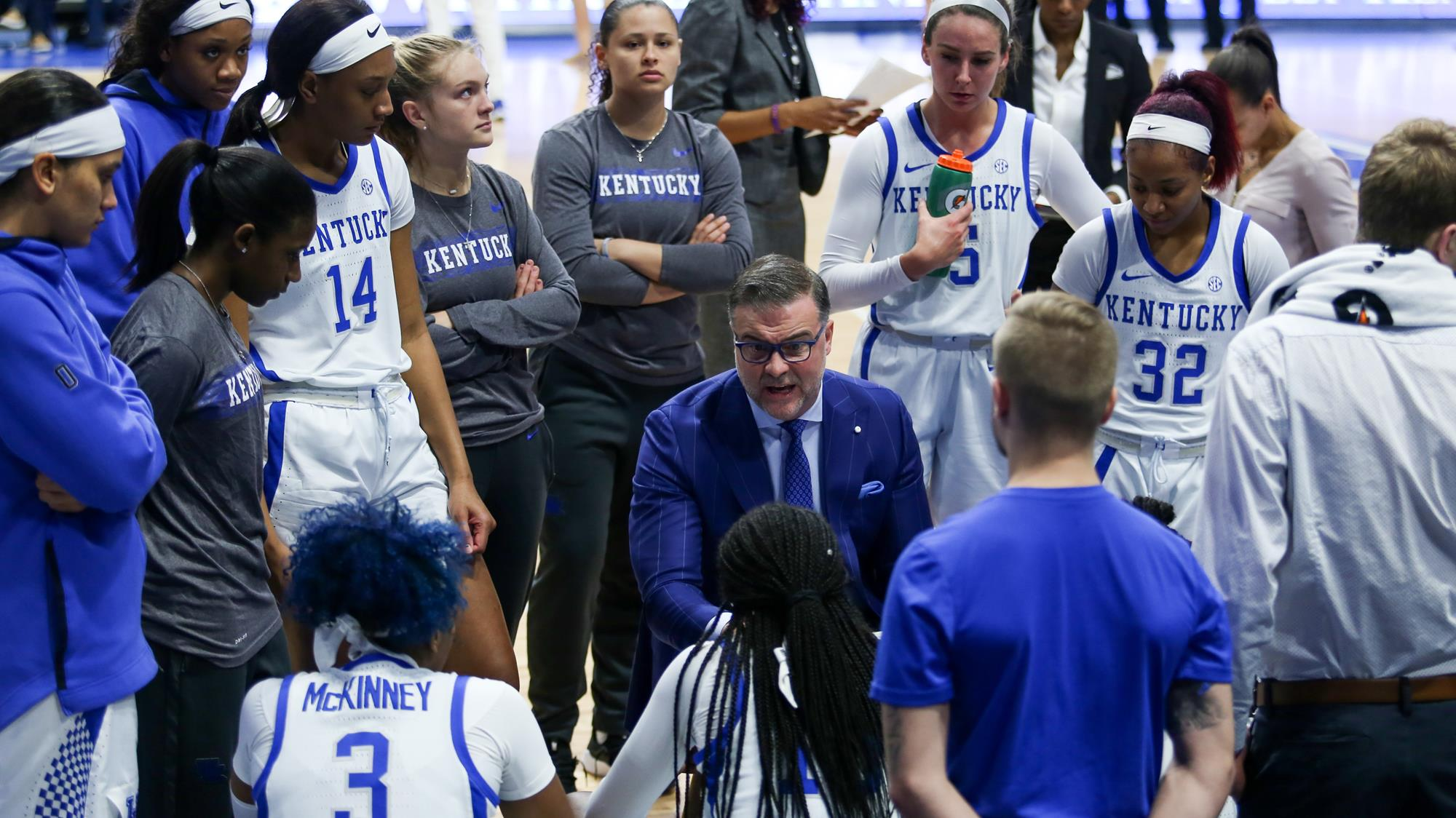 Cats Focused on Task at Hand as Home Stretch Begins

That does not mean he has some kind of overhaul in store for them.

“There are not going to be a lot of wholesale changes this time of year,” Mitchell said. “We have rounded into who we are and we just have to be the best version of that.”

Who Kentucky is has been enough for a 20-5 (7-4 Southeastern Conference) record entering the home stretch. The Cats have been ranked in both polls ever since they won three impressive games at the Paradise Jam and have continued to perform well in the rugged SEC, sitting one game behind Missouri in the race for the last SEC Tournament bye.

“We have been a team all year that has beaten a variety of opponents in a variety of ways,” Mitchell said. “I think the consistent thing for us when we are at our best is that energy and that effort and that is what I would love to see us to bring every night down the stretch here.”

“Tough game ahead of us Sunday against Arkansas, who is a really dynamic team and really hard to guard,” Mitchell said. “They are an explosive offensive team and can be really disruptive on defense. This time of year everybody is trying to win games and trying to improve position and make sure it is a successful season so this is a very important game for our team.”

UK had no midweek game this week, allowing the Cats to rest up on the heels of a three-game winning streak to start February. The Razorbacks, meanwhile, have lost four straight – three by single digits – after a 5-2 start to SEC play, though they remain in contention for an NCAA bid.

The two teams facing off Sunday afternoon at Memorial certainly have that in common, but that’s not what Mitchell is focused on.

“We have a lot to play for along those lines and I find the easiest way – and it is boring to talk about – but the easiest way is to put everything you can into Sunday and things will take care of itself,” Mitchell said. “We are certainly in a better spot than we were last year but we are not in any spot where we can start thinking about those things down the road. We are going to really try to focus in on beating Arkansas on Sunday and to do that we have to work really hard today.”

What the Cats have going for them is that’s generally been no issue for this team.

“Well, what has been so great about our team is we were able to talk to them and it is rarely an energy or effort problem for us,” Mitchell said. “We have had a couple of games where we kind of missed the mark from that standpoint and against good teams in the SEC you are gonna lose those games. But generally for us our players since June have been able to come in with good attitudes and I think it speaks to their character and how much they want to win and their competitiveness.”