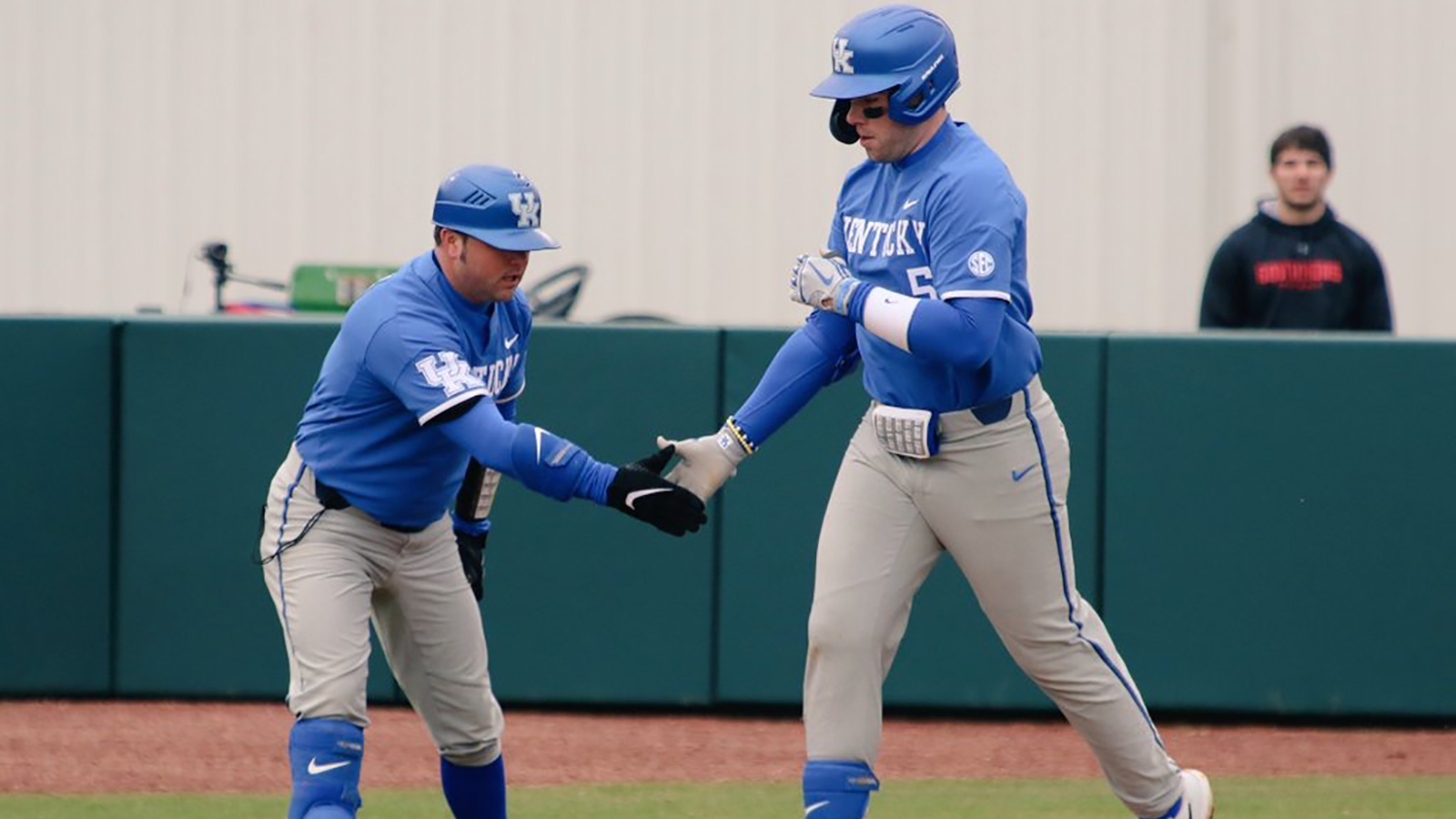 With a win on Sunday, the Wildcats (2-0) can earn their first three-game series sweep on the road since March 2017 when they pulled off the feat at No. 13 Texas A&M.

The Cats took control early with a six-run third inning highlighted by Collett’s second blast of the young season, a two-run bullet just inside the right-field pole. In two games, the junior first baseman has six RBI and three runs scored as the No. 4 hitter.

Ramsey, who led the team in appearances as a freshman last season, was terrific on the mound, yielding just three hits and two runs in five innings of work. He struck out eight – one shy of his career high – and walked only two as he pounded the strike zone and kept Austin Peay hitters off balance. The sophomore’s only previous start was at Vanderbilt in the final regular season series last season.

The offensive barrage was a group effort again, as nine players recorded a hit, including multi-hit games by Cam Hill, Jaren Shelby and Collett. The Cats stole six bases and had five doubles, including two by senior outfielder Ryan Shinn, who set a new career-high with three hits.

Top 6th – Shinn singled to LF. Rodriguez walked. Both runners moved up on a balk. Lewis grounded out to 1B, scoring Shinn. UK 7, Austin Peay 2.

Top 8th – Rodriguez singled to RF, stole second, moved to third on a groundout and scored on a wild pitch. UK 10, Austin Peay 3.

Top 9th – Marshall Gei singled up the middle. Rodriguez was hit by a pitch. Austin Schultz reached on an infield single, Gei scored. Rodriguez and Schultz pulled off double steal with Rodriguez scoring on a throwing error by the catcher. UK 12, Austin Peay 5.


ON DECK
The Cats will go for the road sweep on Sunday afternoon when freshman lefty Dillon Marsh takes the mound. First pitch is set for 2 p.m. ET and will air on 98.5 FM Lexington radio and UKathletics.com. There is no television or online streaming.