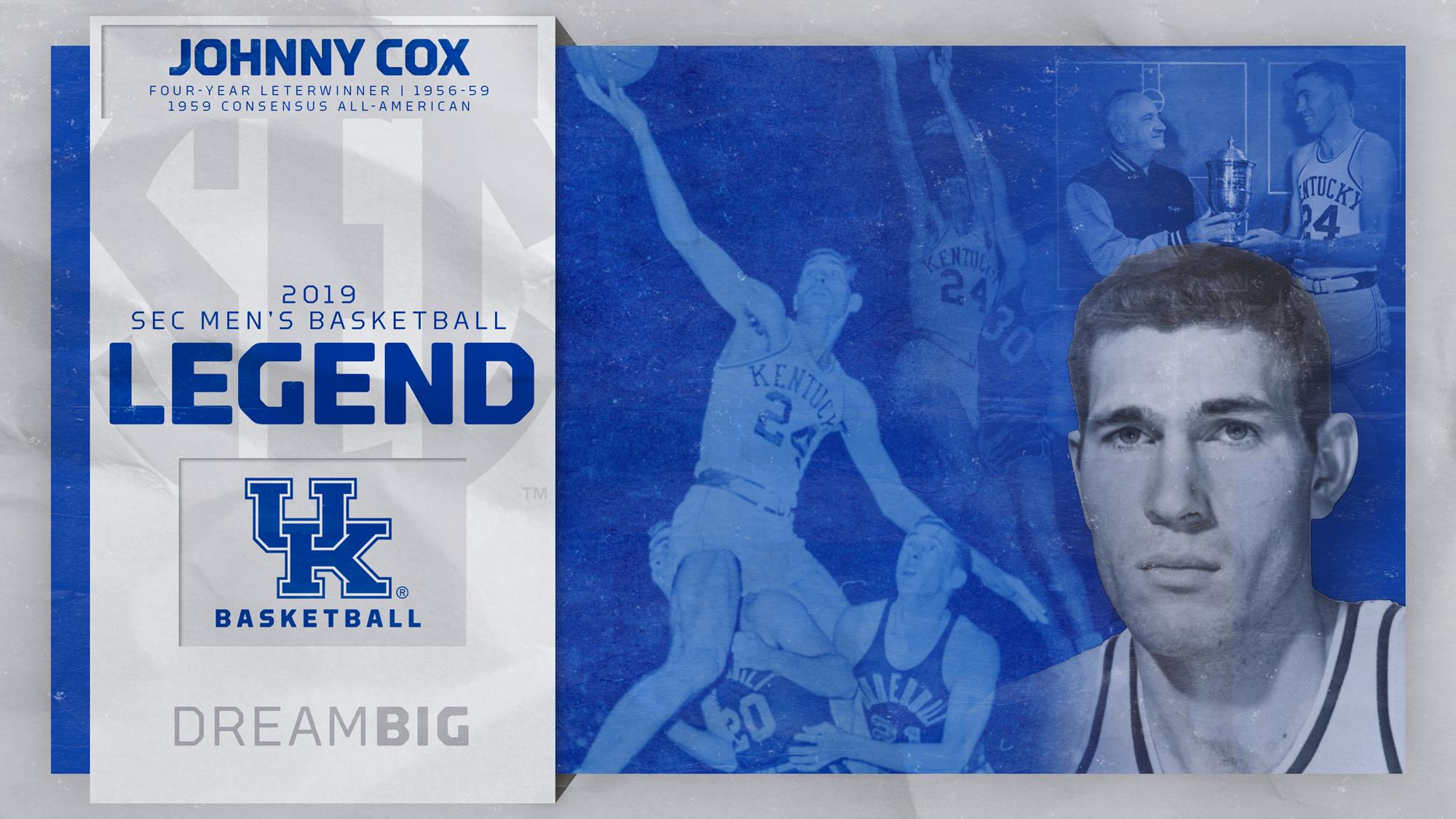 BIRMINGHAM, Ala. – Former Kentucky men’s basketball All-American and national champion Johnny Cox will represent the Wildcats as a member of the 2019 Southeastern Conference Legends at the SEC Tournament in Nashville, Tennessee.

Cox helped lead UK to the 1958 national championship, its fourth in school history. He averaged a double-double with 14.9 points and 12.6 rebounds per game for the 23-6 national title team. He also guided the Cats to the SEC Championship in 1958 and 1959.

A native of Hazard, Kentucky, Cox was an NCAA Consensus First Team All-America selection during the 1959 season and he was a three-time All-SEC performer. He also made the All-NCAA Tournament Final Four Team during the ’58 title run.

Cox was selected in the fourth round of the 1959 NBA Draft by the New York Knicks. He eventually played one season in the NBA as a member of the Chicago Zephyrs. He averaged 7.8 points per game in 73 games before joining the American Basketball League.

His No. 24 jersey hangs in the rafters of Rupp Arena as one of Kentucky’s retired jerseys and he was among the inaugural class for the UK Athletics Hall of Fame.

Kentucky returns to action with a home contest vs. top-ranked Tennessee on Saturday. Game time is set for 8 p.m. ET and will air live on ESPN.