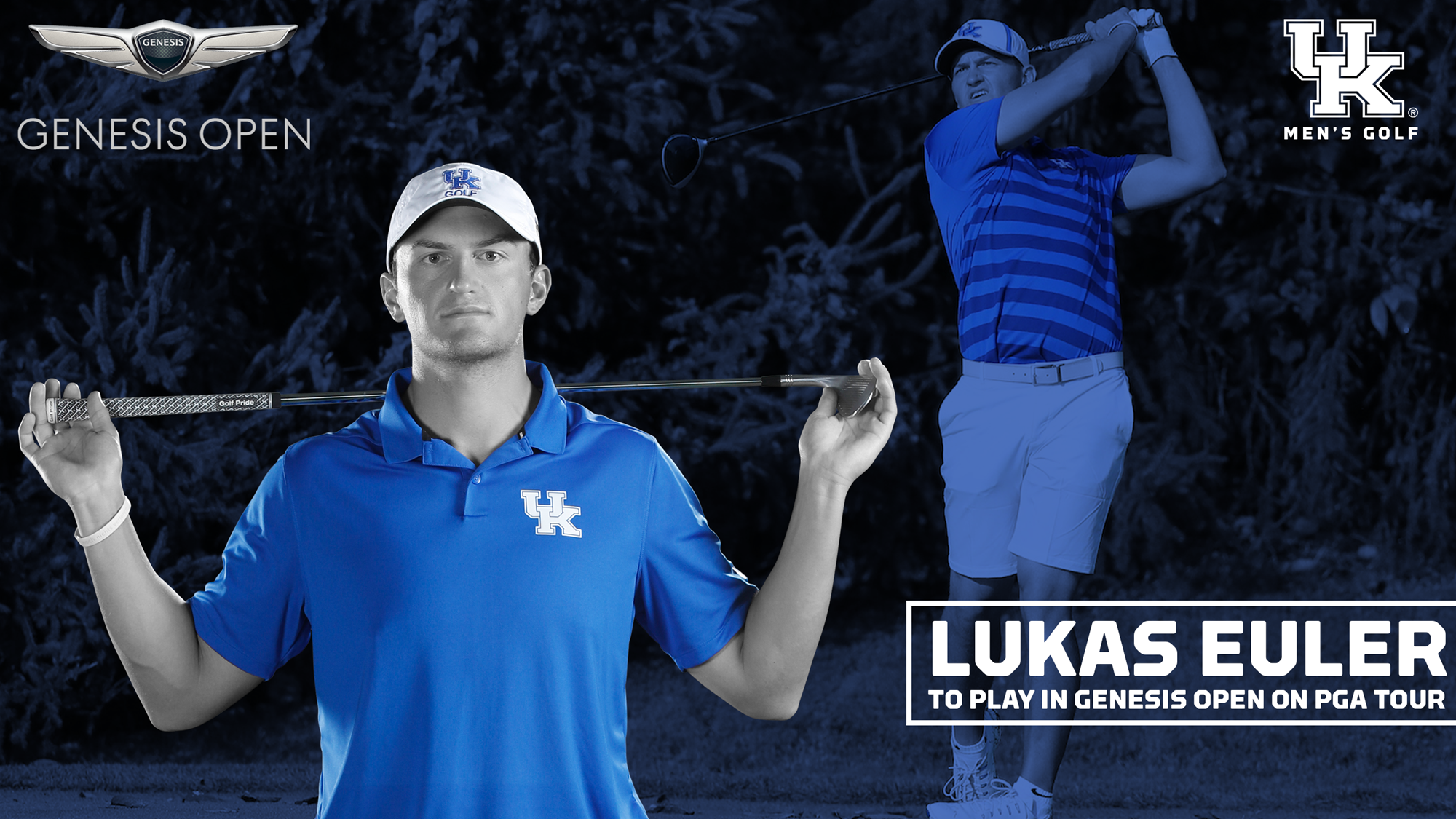 PALISADES, Calif. – Kentucky senior men’s golfer Lukas Euler will get his chance at a PGA Tour event this weekend when he tees off at the Genesis Open Thursday at 4:35 p.m. ET at the Riviera Country Club.

“I am so proud of Lukas,” UK head coach Brian Craig said. “He has improved so much over his career and is such a committed and diligent player. Shooting a 67 at Riviera on Monday while playing with JB Holmes was a beautiful round of golf to watch. The fact that it earned him an exemption into this prestigious Tour event is the icing on the cake. He has earned this opportunity and is prepared. Regardless, of what happens this week, it will be a great learning experience that will absolutely help him to continue to improve.”

This is not Euler’s first crack at a professional event. Euler played in the KLM Open on the European Tour in September after winning in a playoff at the Dutch Amateur this summer, allowing him to earn an exemption.

The Dieburg, Germany native is paired with Curtis Luck and Seth Reeves for rounds one and two. Holmes and 2018 winner Bubba Watson will play this weekend along with some of the other biggest names in golf, including Tiger Woods, Dustin Johnson, Justin Thomas, Bryson DeChambeau, Rory McIlroy, Jordan Spieth, Phil Mickelson, Jon Rahm, and Xander Schauffele. Euler is the only amateur in the field.

Debuting in 1926 at Los Angeles Country Club as the Los Angeles Open, the tournament was staged at various courses throughout the Los Angeles area before permanently settling at The Riviera Country Club in 1973. Known as the site of Jack Nicklaus’ professional debut, Tiger Woods’ first PGA tournament and with 25 champions in the World Golf Hall of Fame, the course has seen many major moments in golf history. In 2018, Watson won the tournament for a third time, becoming the fifth person to do so and the second to record all three wins at Riviera.

“I would also like to thank Jimmy Kirchdorfer and Brian Cook,” Craig said. “They are great friends of our program and this opportunity for Lukas would not have be possible without them playing as his partners in the Collegiate Showcase.”


Euler has appeared in 30 career tournaments for the Wildcats. He has logged 41 par-or-better rounds and posted five top-10 finishes. His 72.33 stroke average in 2018-19 leads the Wildcats and he’s generated a top-20 finish in both appearances this season.