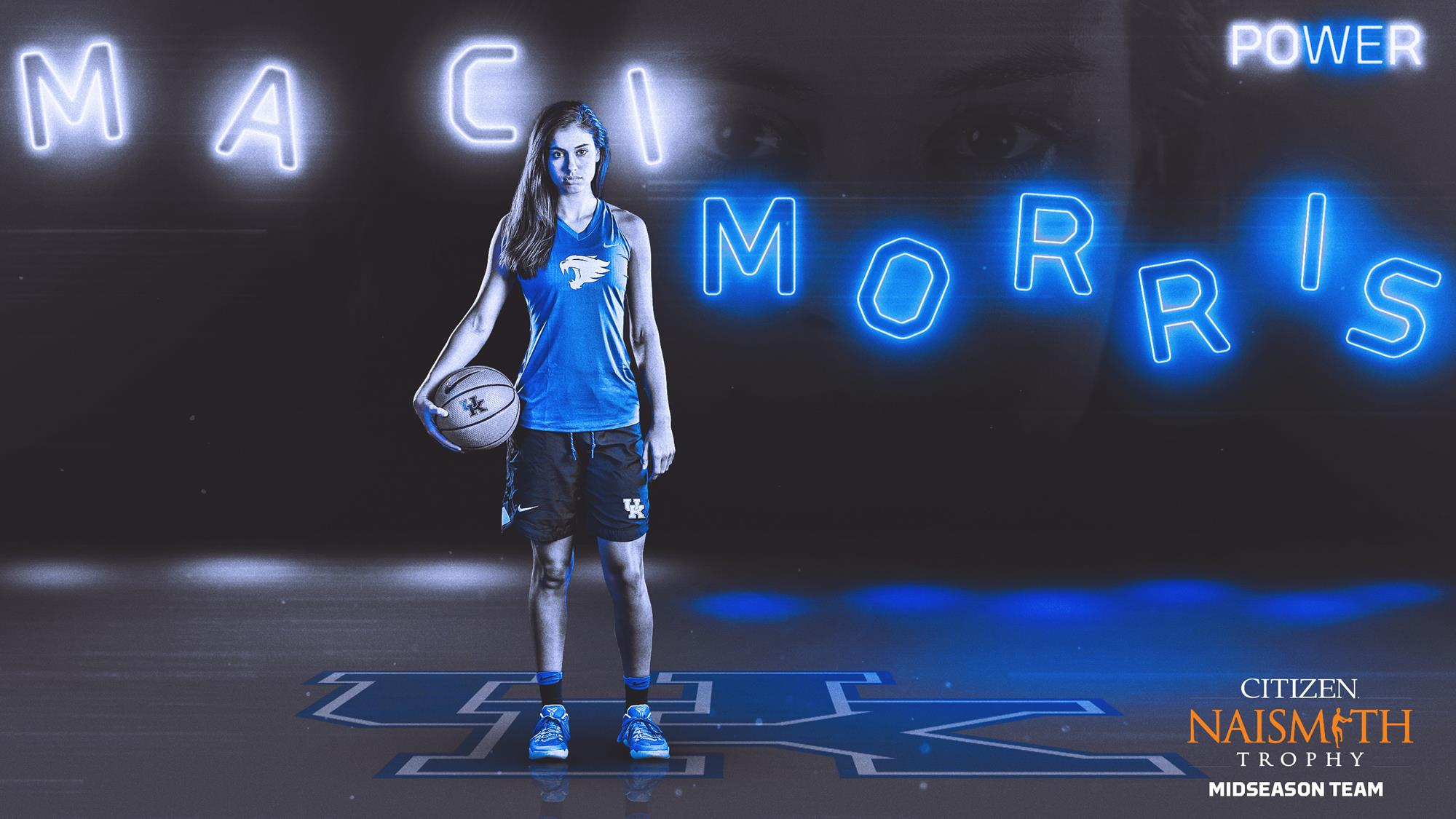 LEXINGTON, Ky. – University of Kentucky senior guard Maci Morris has been tabbed one of 30 women’s basketball players nationally to the Citizen Naismith Trophy Midseason Top 30 Watch List, making her a strong candidate for national player of the year.

The midseason team includes 30 women’s players representing 20 colleges in seven different conferences across the nation. On March 4 the competition will narrow as the midseason team of 30 becomes 10 national semifinalists. The four finalists will be announced on March 22 and the 2019 Citizen Naismith Trophy for Women’s Player of the Year will be announced on April 6.

“The 30 players included on the midseason team have shown talent and drive worthy of the Citizen Naismith Trophy,” said Eric Horowitz, managing director U.S. and travel retail, Citizen Watch Company of America, Inc. “We are looking forward to watching these women compete for the honor of Women’s Player of the Year.”

Morris is having a great senior season averaging a team-high 16.1 points per game while hitting a team-best 60 3-pointers. The guard has scored in double figures in 19 games, including eight games of 20 or more. Morris’ best game came at Tennessee where she played 31 minutes before fouling out and scored 27 points with four 3s, three rebounds and three steals. The guard scored 25 first-half points against Morehead State which is the most in the first half by any UK player since at least 1982-83 (prior halftime statistics are incomplete before that).