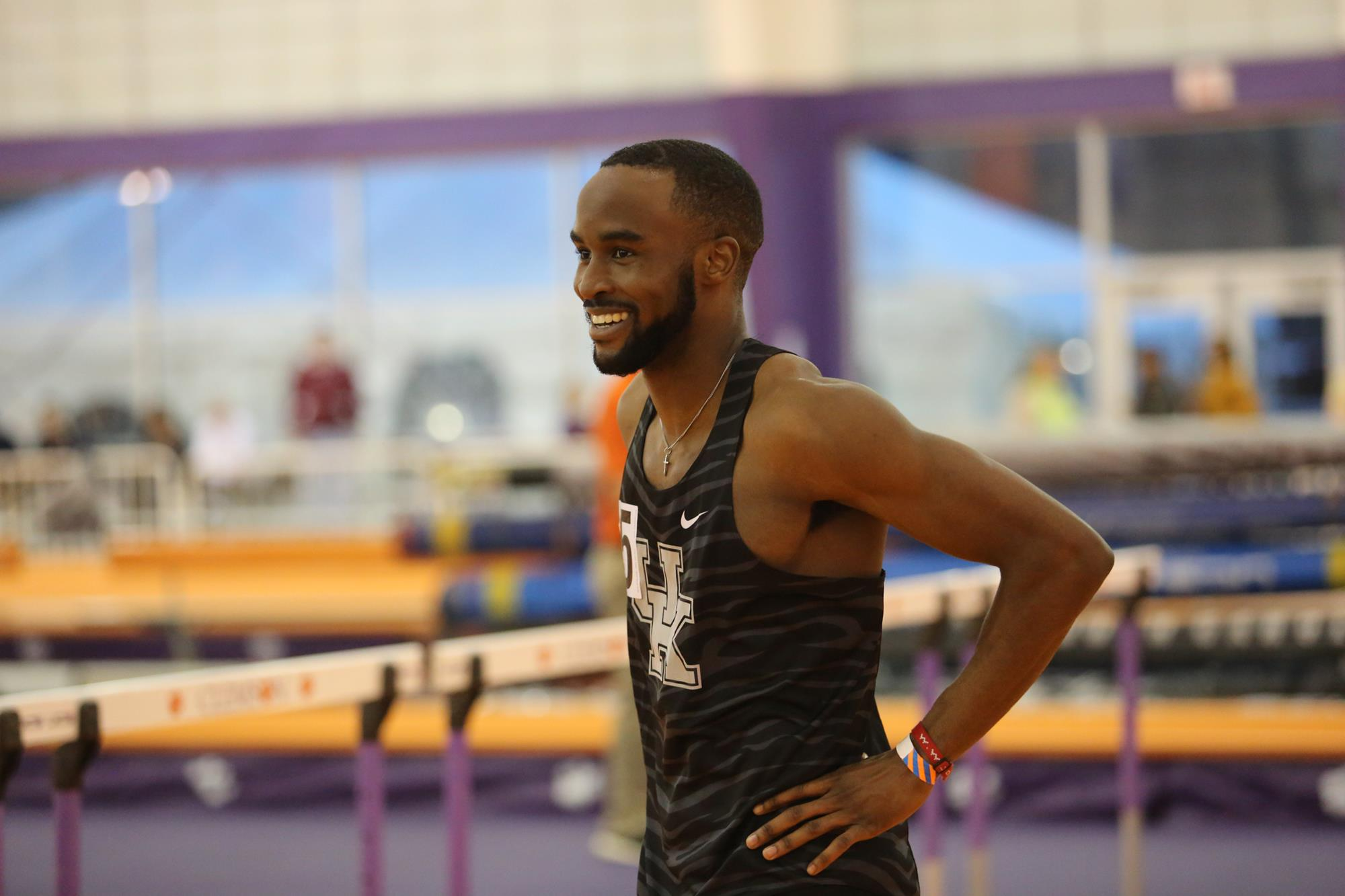 CLEMSON, S.C. and AMES, Iowa – Kentucky track and field junior Daniel Roberts smashed his own school record and catapulted into the all-time collegiate top-10 of the 60-meter hurdles to headline the Wildcats’ Friday at the Tiger Paw Invitational.

Roberts won the 60m hurdles in 7.52, making him the ninth-fastest collegian ever and moving to No. 2 in the DI rankings for this season, only behind collegiate record holder Grant Holloway (Florida). Those two figure to race against each other in two weeks at the Southeastern Conference Championships.

He lowered the personal best he set just last week by .14 seconds, a considerable margin in a 60m race. 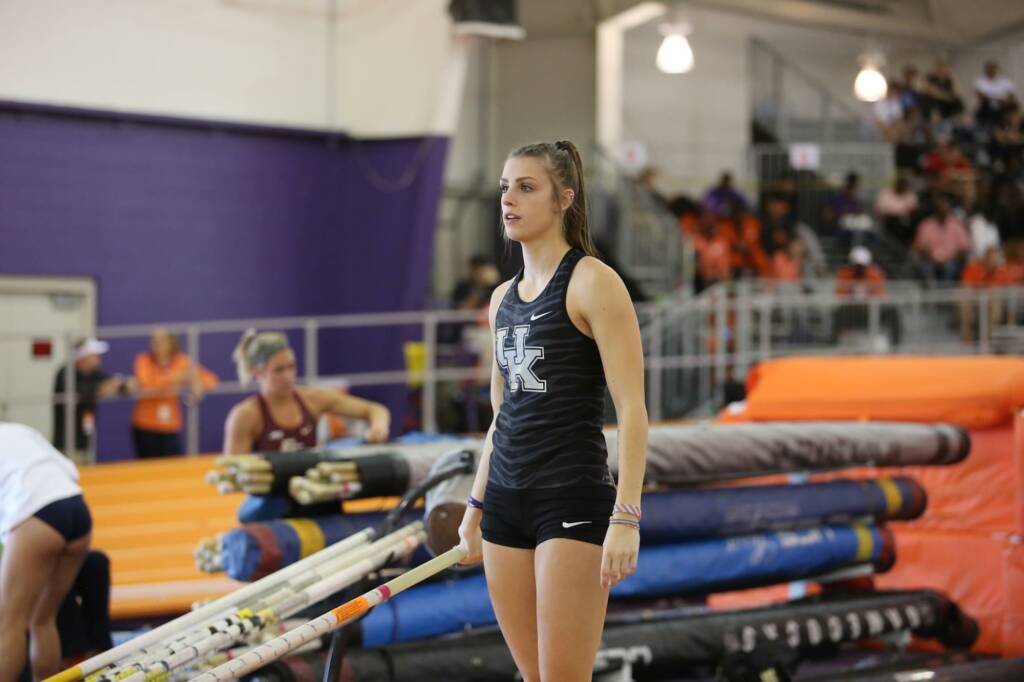 Roberts has consistently quickened his PBs all season as in the semifinal round on Friday he tied the PB and school record he had run just last week – 7.66.

Roberts also tied his PB to place fifth in the 60m dash, running 6.63 in both the final and semifinals. That time ranks 11th nationally at publication time.

In the men’s 60m hurdles final Tai Brown and Caleb Wilt placed 5-6 respectively. They both ran personal best times in the semifinals that of course were justifiably overshadowed by Roberts’ historic performance. Brown ran 7.85, breaking Roberts’ UK freshman record and moving to No. 5 on the UK indoor all-time list and Wilt ran 7.87 moving to No. 6 on the same list.

Kianna Gray maintained the form she began showing last weekend by placing fourth in the women’s 60m final with a PB time of 7.25, which moved her to No. 3 on the UK indoor all-time list. The time would rank tied for eighth nationally as of press time. Celera Barnes placed eighth in the final.

Masai Russell placed fifth and Faith Ross was eighth in the women’s 60m hurdles final. They each ran 8.18 in the semifinals which tied them for No. 5 on the UK all-time list. Russell’s time broke three-time NCAA Champion Jasmine Camacho-Quinn’s Kentucky freshman record (two 100m hurdles golds plus a 4x100m relay title).

Micaela Hazlewood placed fourth in the women’s shot put, while Molly Leppelmeier tossed a PB 51’9.75″/15.79 to place fifth. Leppelmeier moved up from 10th to No. 8 on the UK indoor all-time list. 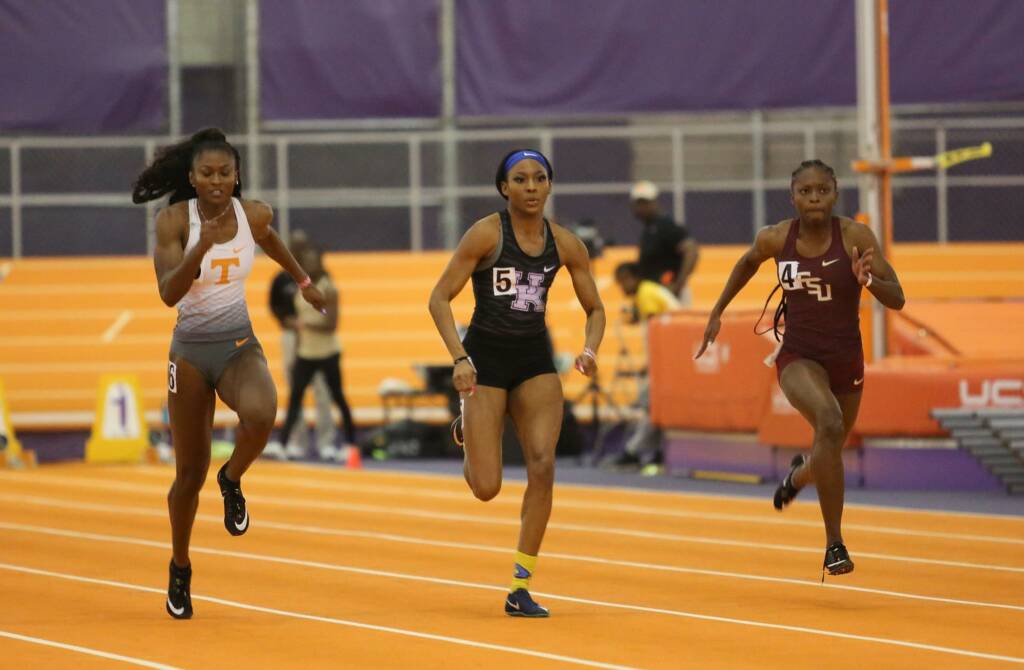 ISU Classic dispatch
UK sent a select group of distance runners to compete on the oversized track at the Iowa State Classic.

Meet primer
Two weeks before indoor track and field postseason’s onset, the Kentucky track and field teams will embark upon some of their last best opportunities to show out at two meets – Clemson’s Tiger Paw Invitational and the Iowa State Classic.

Broadly speaking, UK is sending a lot of its distance runners to the oversized track in Ames, Iowa, while UK’s sprinters and field athletes and a few distance runners will compete on Clemson’s steeply-banked 200-meet track.

Both meets continue on Saturday.

The Iowa State classic will be livestreamed via Flotrack’s paid subscription service.

UK entered the weekend with 12 team members (counted as marks) currently inside NCAA Championships-qualifying positions on individual-event Division I rankings lists (top-16 for individuals and top-12 for relay teams), which is notable because if the season ended today, their marks would correspondingly qualify for Nationals.

So to a good extent the name of the game this week will be posting a mark that will hold up on this season’s qualifying list, as well as rounding into shape for the Southeastern Conference Championships in two weeks.