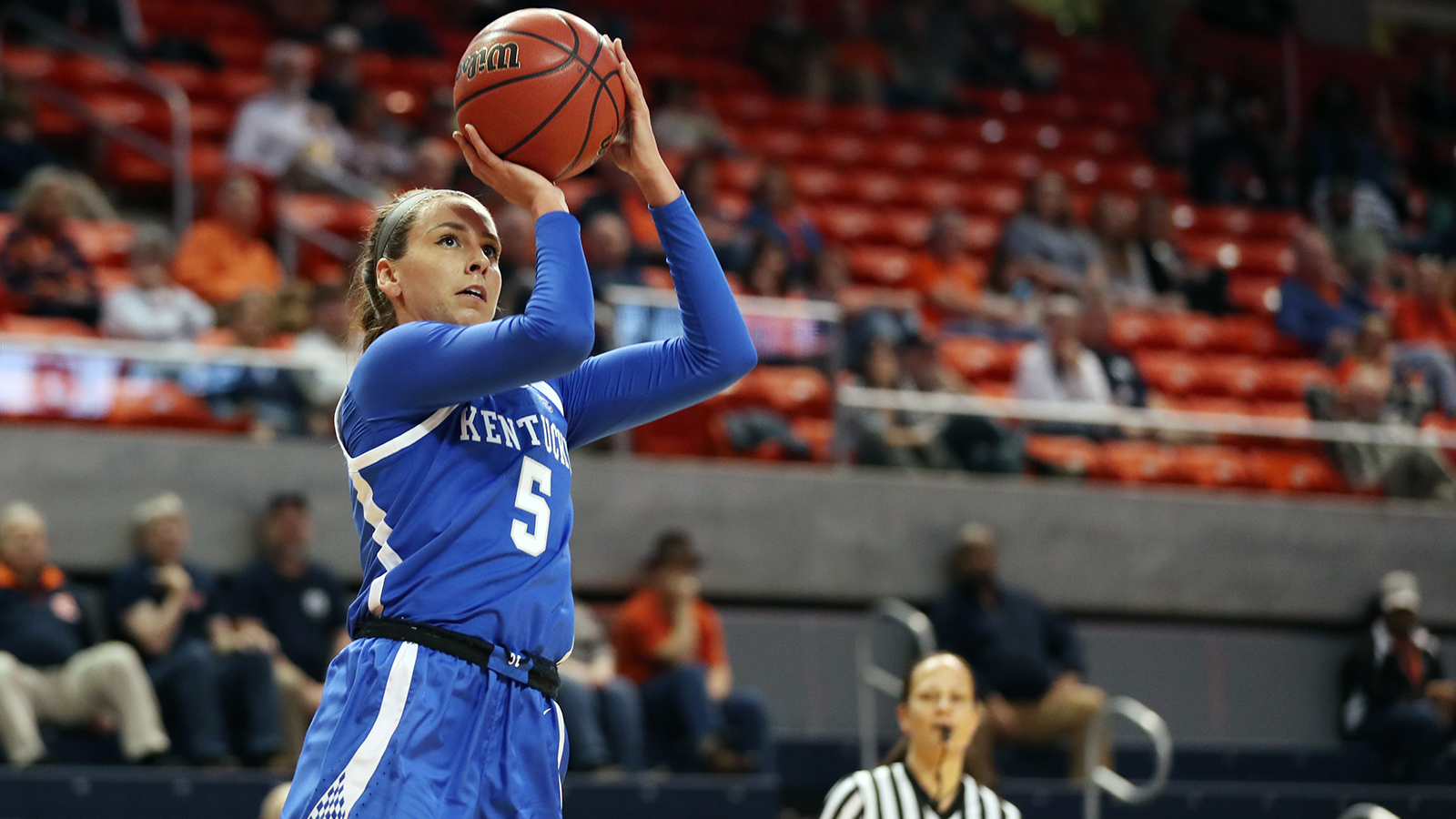 AUBURN, Ala. – The 19th-ranked Kentucky women’s basketball team hit its first eight three-point shots of the game on its way to a 78-68 win over Auburn on Thursday night at Auburn Arena.

Kentucky (19-5, 6-4 SEC) got 19 points, six assists and three steals from freshman Rhyne Howard and 17 points and six steals from senior Taylor Murray. Freshman Blair Green had 12 points in the game, one shy of her career high. Green hit all five of her field goals, including both of her attempts from behind the arc.

Led by Green, Kentucky held a 20-17 advantage in bench points, and the Cats also had a 12-8 edge in fast break points.

Auburn (17-6, 5-5) had a pair of early leads, 2-0 and 4-3 before Kentucky’s onslaught from behind the arc really got going. The Cats got back-to-back threes from Maci Morris and Howard to lead 9-4. Kentucky would lead by eight points on two occasions, including a 22-14 advantage with 1:04 left in the period. But Auburn scored the last four points of the period to cut UK’s lead to 22-18 after 10 minutes. Kentucky made all six of its shots from behind the arc in the period, and seven of 12 from the floor overall.

In the third period, Auburn attempted to chip away at the lead, but the Cats were able to hold the Tigers at bay. Auburn cut the lead to 10 on two occasions, but each time the Tigers got close, the Cats had an answer. Kentucky made five straight free throws to close the period, and the Cats led 64-48 with 10 minutes to play. Murray paced Kentucky with eight points in the period.

As it did in the third period, Auburn spent the early portions of the fourth quarter trying to chip into Kentucky’s lead. The Tigers did finally get back within single digits, cutting Kentucky’s advantage to 72-63 with 4:19 to play in the game. But Howard quickly answered with her fifth three-pointer of the game, to increase the lead to 12. From there, Auburn would not get back within single digits.

Kentucky returns to action on Monday, visiting Tuscaloosa to take on Alabama. Tipoff is set for 7 p.m. ET and the game can be seen on the SEC Network.